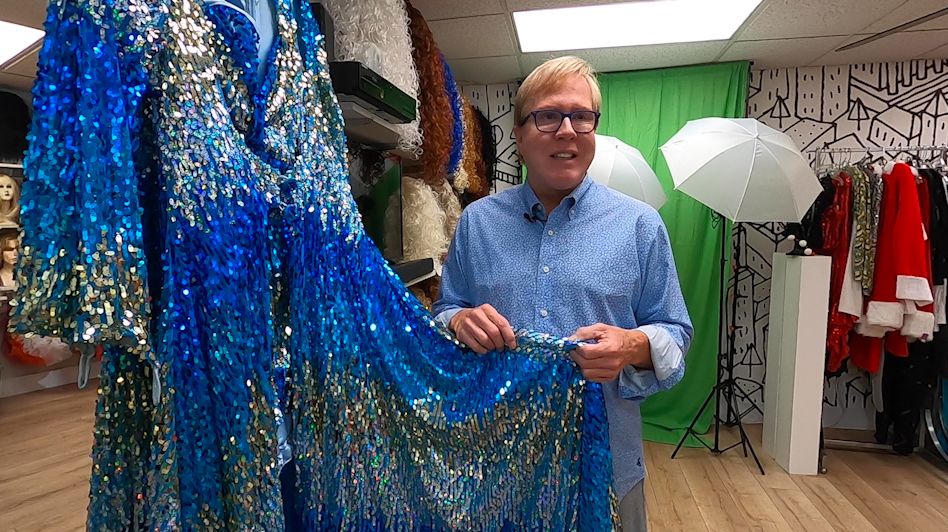 Leigh Shannon says it's ultimately up to parents whether they want to bring their kids to his cabaret dinner show at Hamburger Mary's in downtown Orlando. (Spectrum News 13 staff)

“Kids dancing with them, but also then at one point kids giving tip money like they somebody would do at strip club giving tip money into the clothing of the drag queens and this kid was probably seven or eight years old,” said Sabatini, who represents Florida’s 32nd District in Clermont.

“If people want to do these drag shows on their own time, that’s fine, whatever, but not involving kids, not aimed at kids, not tailored for kids because we need to protect kids and it’s not normal, it’s not good to have them exposed to sexual content,” said Sabatini.

Leigh Shannon says his cabaret dinner show at Hamburger Mary’s in Orlando is about fun, celebrity singer impersonations, birthday celebrations and jokes that are sometimes adult-oriented.

“Parents have rights. I mean, if they want to bring their child, I mean, a lot of children go to Hooters, don’t they?” said Shannon.

Shannon believes it should be up to parents, not lawmakers, on what’s appropriate for their children.

“We don’t wear G-strings and we’re not stripping and that sort of thing, and they’re trying to make it like that, or worse,” said Shannon.

Shannon believes the new proposed law is part of an overall agenda targeting one specific community.

“We have certain parties that want to preach about parents' rights in schools and banning books, and this or that, and now it looks like we’re trying to take away parents rights. I’m sure what the laws are trying to do,” said Shannon.

Sabatini said he believes Gov. Ron DeSantis will support his proposal and hopes he will support an emergency legislative session to pass it.