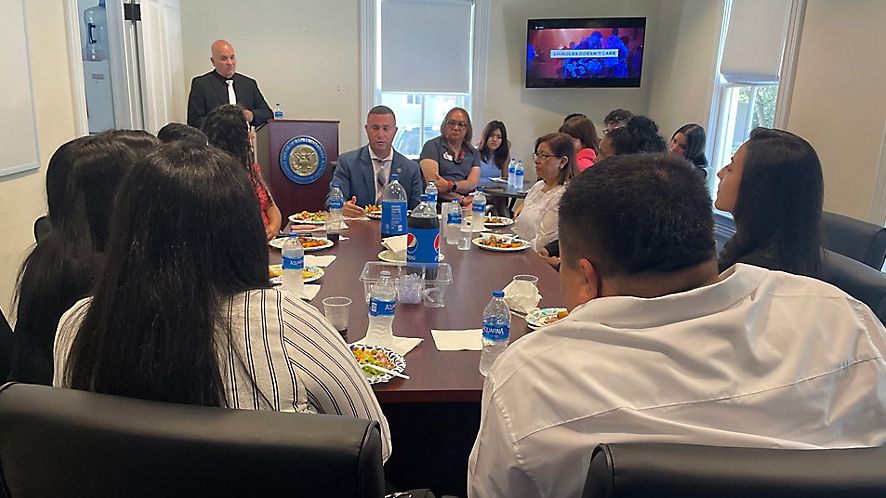 Almost a decade ago, the DACA program was created via an executive order by then-President Barack Obama.

The program allowed for undocumented children who entered the country prior to 2007, and later 2012, to live in the country legally, receive a work permit, attain a driver’s license and attend college.

In order to qualify for the program, the applicant must have:

Claudia Jimenez, who fled Venezuela with her family after dictator Hugo Chavez came into power, said the program completely changed her life.

She said after she graduated from high school in 2011, she had no prospects. She couldn’t work or go to college. With DACA, all those doors opened.

Because of DACA, Claudia Jimenez, 29, was finally able to attend college. She graduated from UCF with a bachelor's in political science. She hopes to become an immigration lawyer but worries if a pathway to citizenship isn't created her future will remain uncertain. @MyNews13 pic.twitter.com/Do6mC9SsbG

“It’s definitely helped me out,” Jimenez said. “It’s honestly night and day the difference what my life would be like.”

Since then, the 29-year-old graduated from the University of Central Florida with a bachelor’s degree in political science, which she hopes to use to become an immigration lawyer.

The renewal fee for DACA is currently $495, and more than 640,000 immigrants are currently enrolled in the program.

Christian Nova, 18, said he tried to enroll in the program, but political moves and judicial decisions prevented him from getting into DACA.

Last year, Christian Nova, 18, was ready to apply for DACA then, a federal judge in Texas ruled it was illegal. Those enrolled in the program are able to renew but new applicants like him are being left out. @MyNews13 https://t.co/f7MxoCjnEv pic.twitter.com/c0RzwiLIhX

He said he and his siblings were set to apply for DACA about three years ago because that’s when he turned 15.

Then, the Trump administration attempted to terminate it, which led to U.S. Citizenship and Immigration Services temporarily pausing any new applicants.

Last year, though, a federal judge in Texas ruled the program was illegal, which closed the doors for anyone not already enrolled in the program, like Nova.

“When it happened, it was like a huge hit for us,” Nova said. “It did feel bad.”

Soto said the only way to ensure DACA recipients can safely remain in the country is to pass the Dream and Promise Act, which would create a pathway to citizenship for DACA recipients, farmworkers and temporary protected status (TPS) recipients.

“Right now, their only protection is through a presidential executive order, which could be overturned with a signature as long as you have a reason justifying it,” Soto said.

He said supporters will need 10 Republican Senators to vote in favor of the Dream and Promise Act to guarantee its passage.

And while the prospect of that happening in the current political climate is uncertain, Nova said the act's passage would be a life-changer for many people.

“I would just say that there are families in need that would be really grateful,” he said.