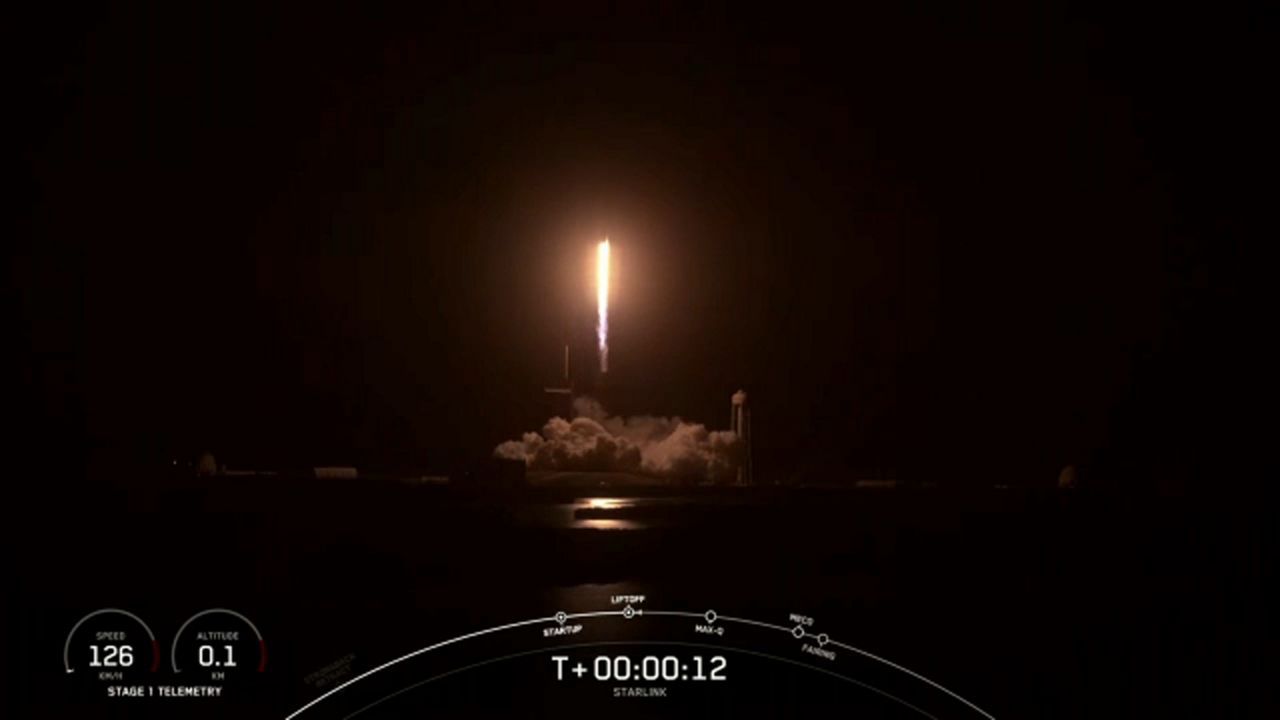 SpaceX successfully launched another Falcon 9 rocket from Launch Complex 39A at the Kennedy Space Center at 5:42 a.m. ET. The rocket lit up the dark skies and produced a jellyfish effect, when the sun's rays are in just the right spot to illuminate the plume and exhaust left by the launch.


The Falcon 9 in the Starlink mission carried 53 Starlink satellites toward low-Earth orbit.

The Starlinks will join the network being created that makes possible video calls, online gaming, streaming and other high data-rate activities previously not available using satellite internet for rural areas and other locations where internet coverage is spotty or unavailable.

Minutes after the launch, the stages separated, and the booster rocket landed on the droneship A Shortfall of Gravitas in the Atlantic Ocean so it can be used again on a future launch.

The Dragon Endurance and Crew-3 astronauts Raja Chari, Tom Marshburn, Kayla Barron and Matthias Maurer re-entered Earth’s atmosphere and splashed down in the Gulf of Mexico at 12:43 a.m. ET Friday.

The Dragon capsule left Earth on Nov. 10 aboard a Falcon rocket, and the astronauts had been in orbit for 177 days.