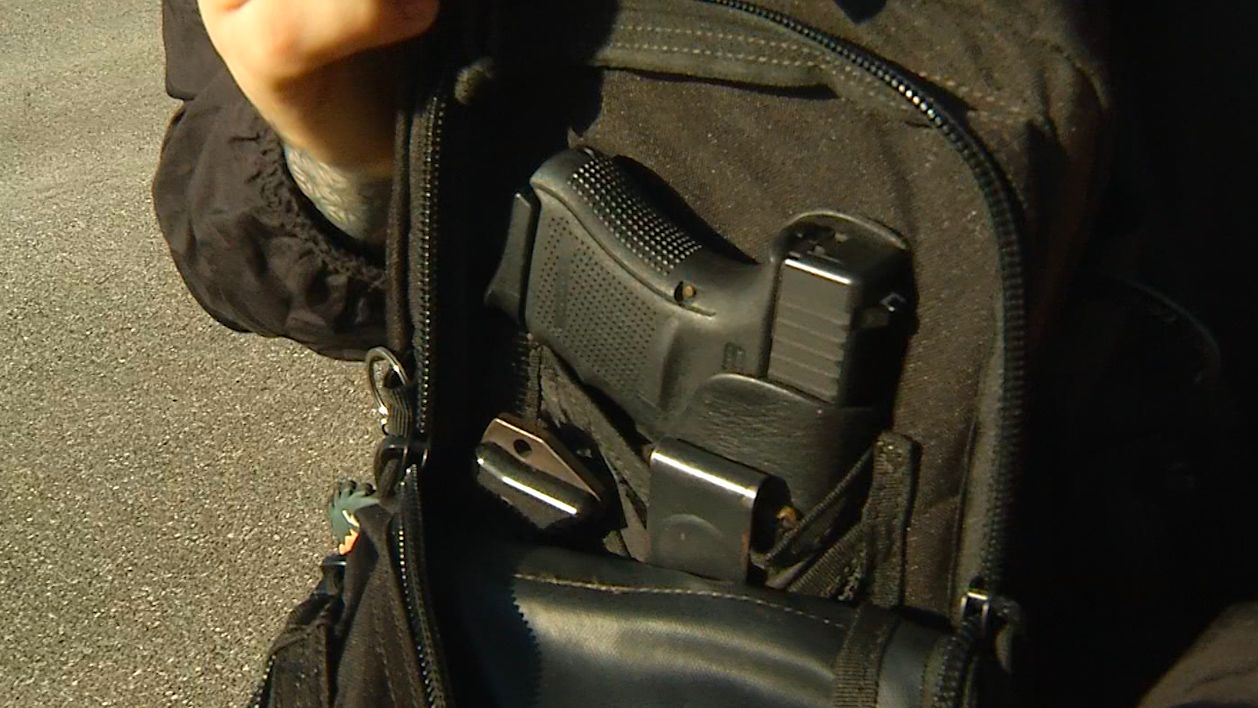 Many gun owners say they hope Florida will become a constitutional carry state, which would allow anyone who can legally carry a weapon to do so without a permit.

OCOEE, Fla. — As it is right now, gun owners in Florida need to carry a license with them when carrying a gun. What some state lawmakers want to do now is ditch the license in a move they say will bolster the Second Amendment to the U.S. Constitution for the right to bear arms.

Constitutional carry was one of several topics Florida Gov. Ron DeSantis-rattled off that he'd like to see discussed in the upcoming Florida Legislature special session, which he called for Tuesday to sort out the redrawn redistricting maps that he votoed.

Dylan Hadas has been a firearms owner since he was 21 and owns more than 30 of them.

He typically carries a Glock 29 in his backpack, which he always has with him. He also always has his concealed weapon license he received from the state on him.

A license Dylan feels is unnecessary to pay for based on the second amendment stating, “the right to bear arms.”

“I don’t believe we should have to pay and ask permission for something that should automatically be a given right,” Hadas says.

Which is a regulation State House Rep Anthony Sabatini wants to change with legislation.

So far in 2022 Alabama, Ohio, and Indiana have passed Constitutional Carry. @AnthonySabatini hopes Florida during a special session could be next. @MyNews13 pic.twitter.com/4hBYcDNrtP

“If somebody wants to carry a firearm for their own self defense, they shouldn’t have to beg government permission and pay money for the exercise of their fundamental God-given right,” State Rep. Anthony Sabatini tells News 13.

When it comes to Florida becoming a "Constitutional Carry" state, @AnnaForFlorida opposes the idea, and says other more important issues are getting overlooked like rent costs and homeowners insurance. @MyNews13 pic.twitter.com/jo0wsU7sGk

“This proposal says you should not have any type of license to carry a firearm in public spaces,” 47th district Rep. Eskamani begins to explain. “There are some serious safety concerns here.”

In Florida, every time you are purchasing a gun, even if you are a repeat gun owner, you still need to pass a background check when purchasing a gun. What this new legislation would do is essentially eliminate the need for you to carry a license to carry that gun.

Sabatini sponsored House Bill 103: Carrying of Firearms Without Licenses, but it failed to pass earlier this month.