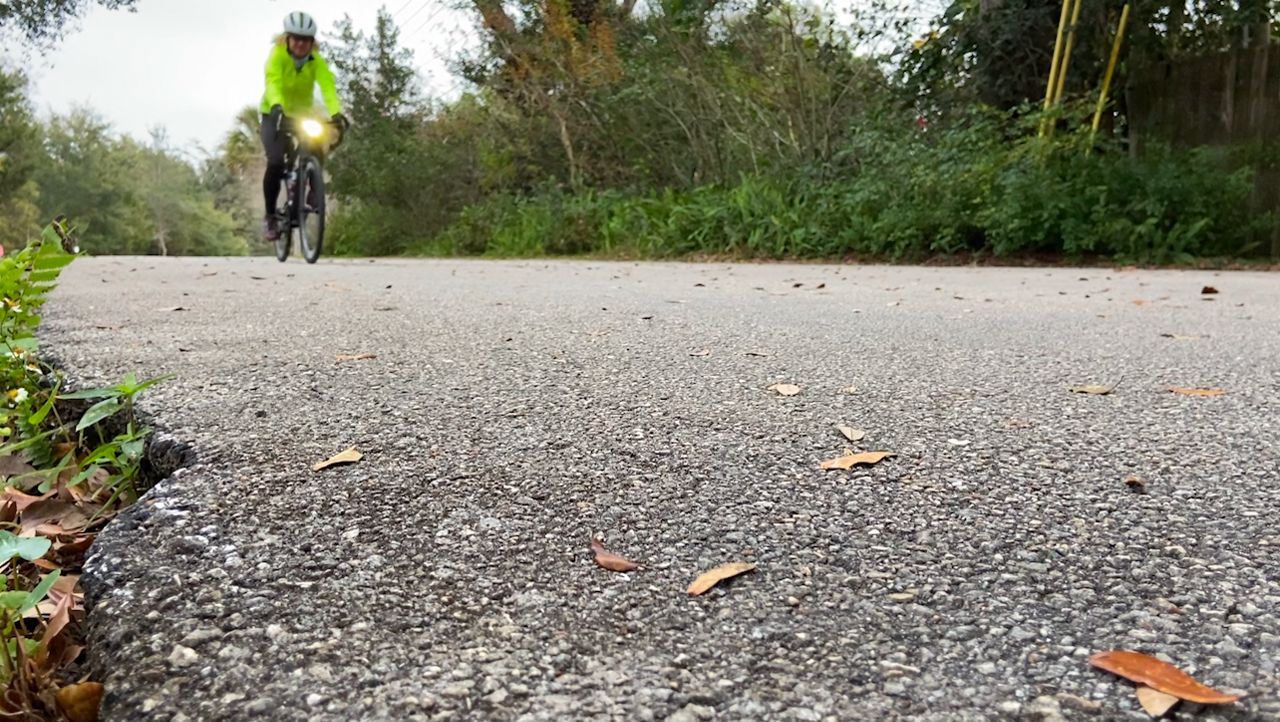 The numbers from Florida Highway Safety show 6,914 hit-and-run crashes last year, while 2020 saw 6,136; that’s an increase of 778 crashes — including run-ins with bicyclists on roads.


Hit-and-runs are a concern in Brevard County, too, where police in Cocoa are investigating a deadly hit and run Thursday morning in the area of U.S. Highway 1 and Peachtree Street.

According to witnesses at the scene, a red, brown and black tractor trailer without a cab attached was traveling eastbound on Peachtree Street and turning left to head northbound on U.S. 1, and a pedestrian was hit. The pedestrian, an adult male, was walking westbound crossing U.S. 1, and was in the crosswalk when he was hit.

The incident temporarily shut down U.S. 1.

Individuals with information that could help investigators are urged to send a text or email to dropadime@cocoapolice.com. They may also call the Cocoa Police Department at 321-639-7620 (option 4) or the Central Florida CRIMELINE at 1-800-423-TIPS (8477). CRIMELINE callers will remain anonymous and can be eligible for cash rewards of up to $5,000 in this case. Avid cyclists say they suspect some erratic driving behaviors and distracted driving could be to blame, but urge caution while advising those on bikes to stick to trails and special bicycle paths.

The surge in hit-and-runs is a scary trend to bicyclist Lisa Portelli. The board chair of Bike/Walk Central Florida said she gets in a couple dozen miles each day before work with a group of friends. She has for years.

“Riding for me has actually become my social life as well. It’s just a fun thing to do with friends,” she said.

Portelli and her group try to stay on less-traveled roads throughout her Winter Park neighborhood, but that’s not easy to do during morning work traffic. Drivers mixed with cyclists can be a real recipe for danger.

So, she prefers to stay on trails and paths meant specifically for those like her group and wants even more paved across the area.

“Drivers who ride too close…there’s a 3-foot rule that we’d like them to stay away and give us at least a half a lane of space,” Portelli said.

Bike shop guru and cyclist David Dodd said he isn’t really surprised by the increase in crashes. He’s seen his share of crashes while riding, himself. He’s also experienced being victim. Once, he suffered a neck injury when a car hit him on State Road 434.

“I’ve been hit by a car twice since 1988. And I don’t know them personally, but I know of people who are in groups that I ride with, last year we had three people get hit,” Dodd said.

That’s why he recommends safety gear to his customers: lights, helmets, reflective vests, and more. That’s what he rides with, never letting his couple of bad experiences stop him from doing what he loves.

The former soldier said the exercise from riding, is just too good to quit. He’s been doing it for decades.