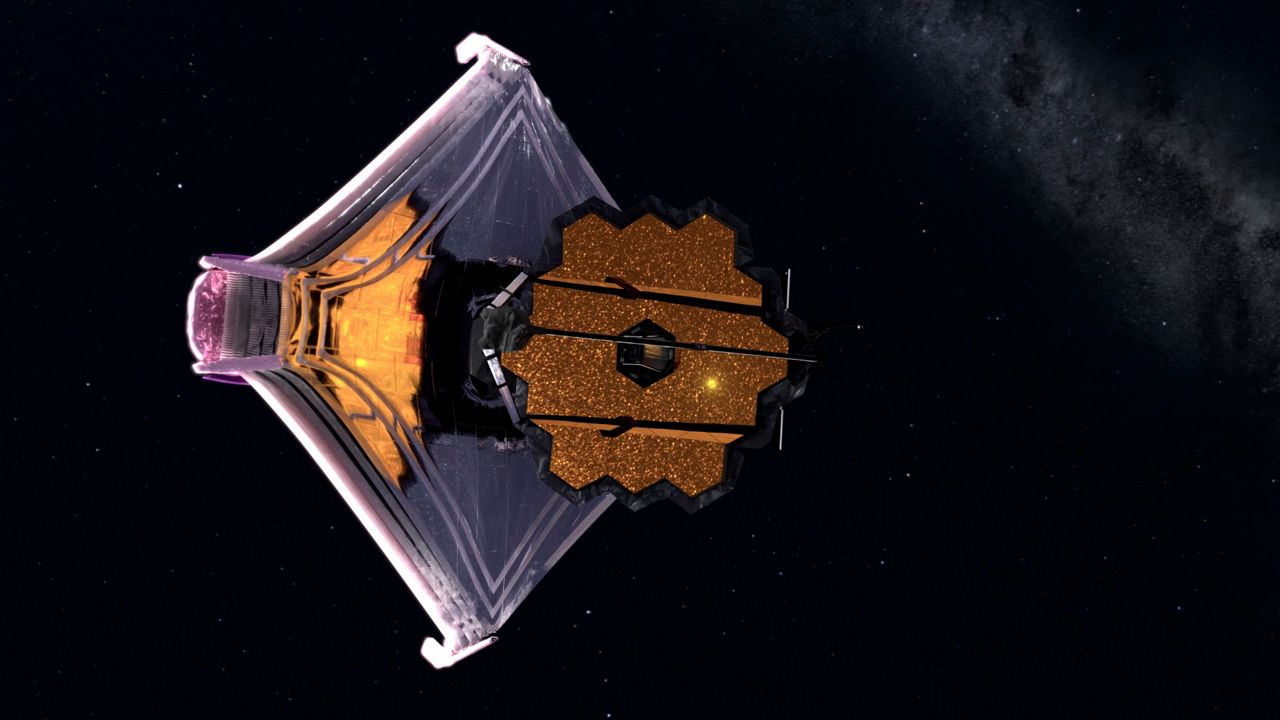 After a journey of nearly a million miles, the James Webb Space Telescope reached its final destination on Monday: orbiting the second Lagrange Point of the Earth.

The telescope completed the final five-minute insertion burn around 2 p.m. on Monday to complete the month-long trek.

“The last 30 days, we call the 30 days on edge and we’re just so proud to be through that,” said Keith Parrish, the Webb Observatory Commissioning Manager, during a press conference on Monday. But on the other hand, we’re just setting the table. We’re just getting on stage and getting this beautiful spacecraft unfolded and ready to do science. So, the best is yet to come.”

JWST traveled 907,530.5 miles to reach the second Lagrange Point (L2). The Sun-facing side of the telescope is cooking at 129 degrees Fahrenheit and the opposite side, the one with the science instruments is -347 degrees at its coldest point.

At its new orbit, the observatory will continue to cool down mostly passively as crews on Earth work to precisely align the mirror segments, a process that will take about three months.

“We’ll start by looking at a bright, isolated star and we’ll get 18 separate images that will be very blurry because these individual telescopes won’t be aligned,” said Lee Feinberg, the optical telescope element manager at NASA Goddard Space Flight Center. “So, we’ll align them and then we will put those 18 images on top of each other, we call that stacking.”

As the mirrors come to form “a single monolithic mirror,” they will be aligned to about 1/5000 of a human hair.

As for the location, unlike the Hubble Space Telescope, which is only about 300 miles above the Earth’s surface, Webb can now call L2 home. It’s not exactly at the center of L2, but rather is in a continuous halo orbit, which takes about six months for a full loop.

It then stays in that loop on the side of the Earth away from the Sun. That constant motion allows the solar arrays to always face the Sun.

Dr. Jane Rigby, an astrophysicist at Goddard, said the way she likes to think of it is as if Webb were balanced on a Pringles potato chip.

“It’s the middle of the Pringles potato chip. So, it is a semi-stable point in our solar system,” Rigby said. “If you think about staying on one half of the potato chip and just kind of inching up it and then letting it fall back down gently.”

Keeping JWST in that orbit will require a thruster burn of about a minute every 21 days, but Parrish said that because the Arianne 5 rocket did such a great job of launching Webb exactly the right amount to reach L2 without overshooting it, they have an ample amount of fuel left that can dramatically increase the life of the telescope.

“We’re going to extend that extensively and exceed our 10-year life. You’ve heard numbers around 20 years. We think that’s probably a good ballpark, but we’re trying to refine that,” Parrish said.

Astronomers prepare for observations to begin

The L2 milestone was celebrated by scientists across the world, including at the Florida Space Institute, which is based at the University of Central Florida.

Dr. Noemí Pinilla-Alonso, a planetary scientist at FSI, is leading an international team on one of the observation missions that will take place over the first year of Webb’s lifetime. The group includes researchers from Spain, France, Germany, Portugal and New Zealand.

Her team’s proposal for observation using the JWST was one of only 286 chosen by the Space Telescope Science Institute (STSI) out of the more than 1,100 proposals sent in from 44 countries.

About 6,000 hours in total were awarded as part of the Cycle 1 General Observers (GO) program. Pinilla-Alonso’s team’s project is dubbed “Discovering the Composition of the Trans-Neptunian Objects (TNOs), Icy Embryos for Planet Formation” and it was allotted 98.2 hours with JWST.

It is one of 22 projects in the Solar System Astronomy category of the GO program.

“I’ve been working around the idea of this project to study the icy contents in the solar system. Which would be the key science questions which you could answer using JWST? Why do you need JWST? What is the most that you can do with JWST? Which is the best observing mode? How many targets do you want? How long do you have to stay on each of them?” Pinilla-Alonso said.

“All of those questions have been a process since 2015 of learning about the optics, the instrumentation, the observing modes and deepening my knowledge on the TNOs and the icy distribution in our solar system, even in other proto-planetary systems. All of that together took until the point when we were ready to submit a proposal.”

She and her team finally submitted their proposal in November 2020 and were selected in March 2021.

The idea is to use Webb’s near infrared spetrograph (NIRSpec) instrument to observe the elements that are frozen on the surface of 59 TNOs and Centaurs. Their proposal argues that by learning about the composition of these celestial bodies, they will uncover another puzzle piece illustrating the formation of our solar system.

“If we want to know how much ice was there in the disk that gave birth to our solar system, we have to study the trans-Neptunian belts,” Pinilla-Alonso said.

Mário Nascimento de Prá, a post-doctoral fellow at FSI working with Pinilla-Alonso said he came to Florida from Brazil in 2018 to work on JWST and said being a part of this team is a dream come true.

“It’s been more than three years that I’ve been here and finally, we’re going to have the data to work on it. So, I’m very anxious to work on this data,” he said. “I think this is one of the most important projects for the future of the solar system science, since no other instrument can detect the kinds of material that JWST will be able to detect.”

For those eager to learn more about JWST, the Space Telescope Science Institute will host a virtual town hall from noon until 1:30 p.m. EST to hit the following topics: