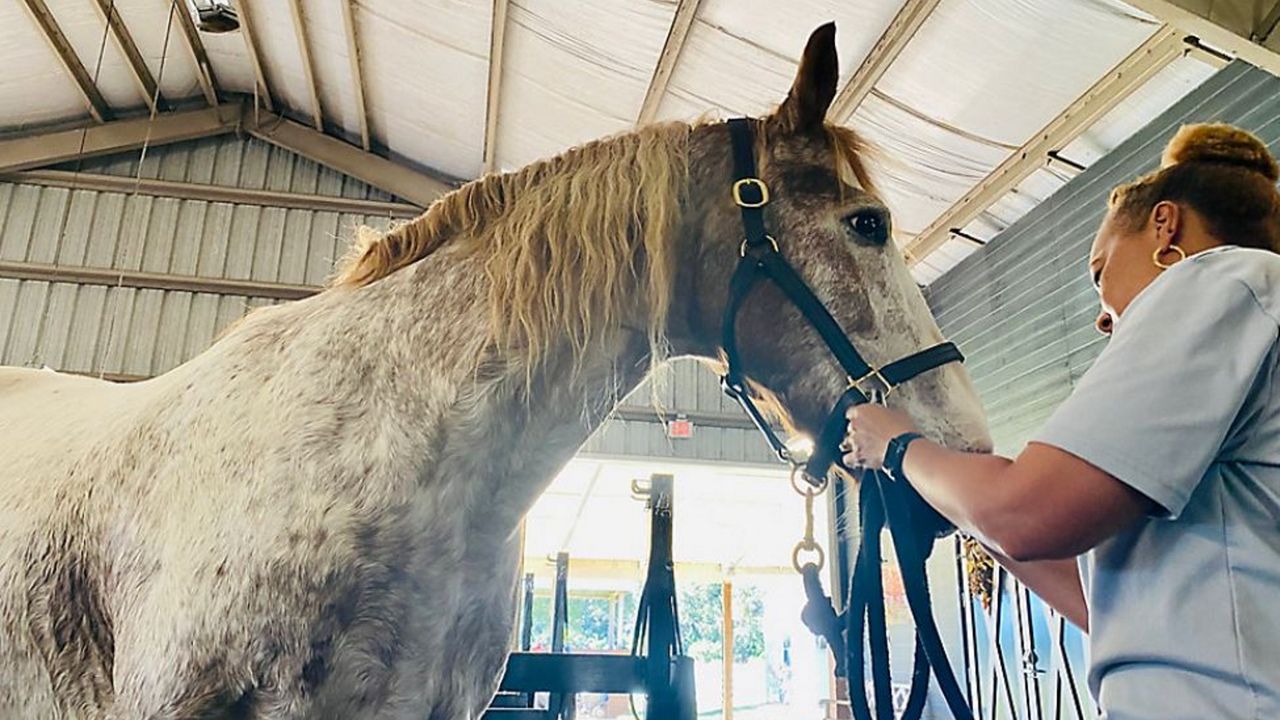 ST. CLOUD, Fla. — As it nears the end of a decade of research, partnering with UCF, officials with one nonprofit hope the Veterans Administration can harness their progress helping veterans — and share it.


Vets come to the St. Cloud ranch for group sessions, both on and off the horse, with a licensed clinician, and for many, the experience gives them much-needed relief.

“If I’m feeling anxious or anything like that, (the horse’s) heart rate is so much slower than ours. They give you that peace and calm,” Paula Edwards said.

Edwards retired from the U.S. Army after 32 years of serving in Iraq, Kuwait and Egypt. What she gave left her with palpable anxiety.

So she started coming to the ranch in St. Cloud in 2016, one year after getting out of the service. Since she set foot in the stable, Edwards said that it’s taken her back to a different time, when she was simply a girl who wanted a horse.

“I told my mom we could put it in the garage, I could ride it up and down the alley, but couldn’t do that in Chicago,” she said with a laugh.

According to the program founder, Thomasa Sanchez, the goal is for the therapy to not feel like it. The program is designed to ease the minds participants, often eight to 10 in a session, so that they share stories and also to teaching them about companionship with their horses on the 40-acre ranch.

“I feel grateful, peaceful. And I think they would say the same,” she said.

Sanchez, herself, was a competitive rider. Many years ago, it was a moment of desperation which would later inspire her work: It was the night she learned that her horse trainer, who she revered, took his own life after a struggle with mental illness.

“The only place I could find solace was in the stall with my horse,” Sanchez said. “I went in and put my body against the back wall, Jello in the corner, and my horse took her 1,200-pound body and came down and held me all night long. And at a time when I was hopeless, I found hope again as the sun rose. That was something I wanted to pass on.”

Sanchez, who grew up in Kissimmee, would go on to offer rides to critically ill children. She later started another program based around therapeutic riding for children with special needs, as well.

According to the program founder, the ranch typically serves about 80 veterans per year, but she said she hopes, post-pandemic, they’ll help closer to 120.

Another goal is to extend services to aid victims of other traumas in their respective healing processes, potentially training those who run other therapeutic centers so they can save more lives.

Edwards said that the program — and horses — have given her more than she imagined.

“It’s a place to come with my fellow comrades who understand what I’m going through, ‘cause they’re going through it,” she said. “It is a life-changing experience, because this is something I didn’t have access to.”