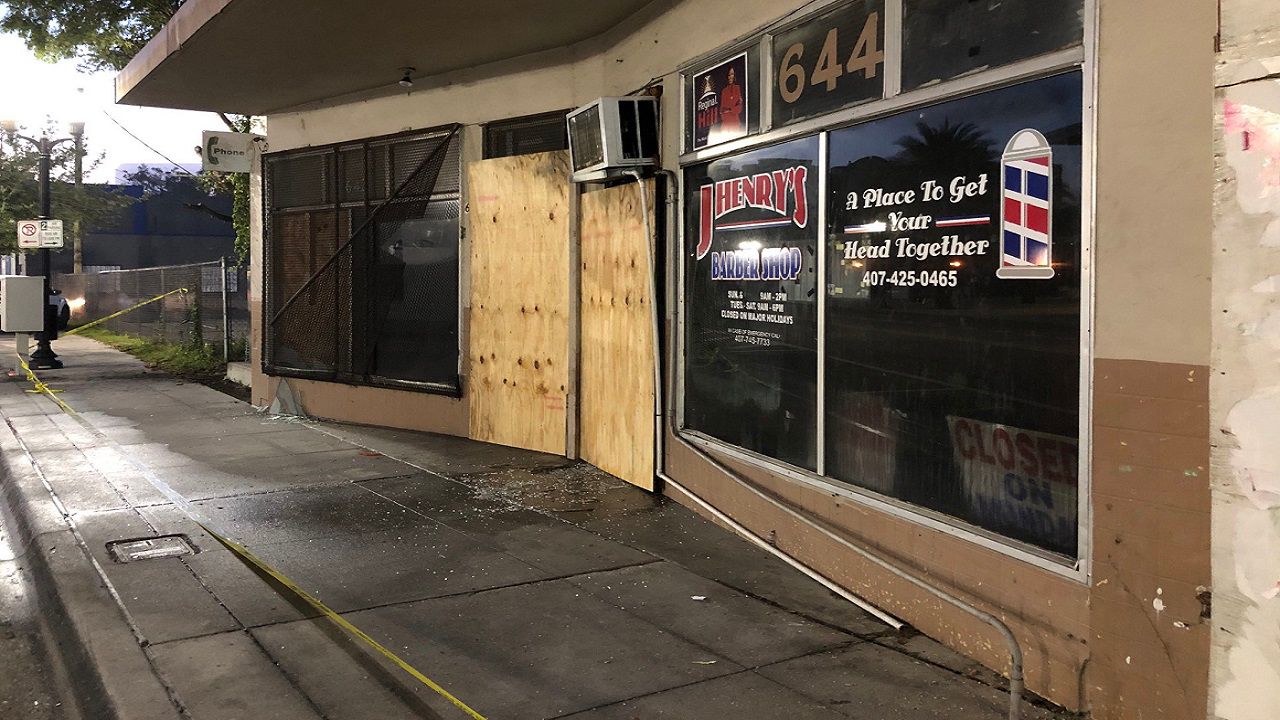 The windows of the shop, located on the corner of Church Street and Parramore Avenue, were seen covered with smoke after the fire, and much of outside of the shop was boarded up.

Orange County Fire officials said emergency personnel responded to the building around 11 p.m. Friday. There were no injuries reported in connection with the blaze.

While the front entrance of the business was boarded up following the incident, broken glass could still be seen all over the entryway where emergency crews likely had to break in to put out the fire.

The owner of this well-known Parramore barber shop, J Henry’s, says his guys are hurting after an overnight fire destroyed his shop.

The shop is on Church St right across from ⁦@ExploriaStadium⁩ where ⁦@OrlandoCitySC⁩ plays.

J Henry’s has been featured in many News 13 stories over the years, including a recent a housing special that aired this week and is scheduled to re-air Saturday.

Henry, the shop's owner, was a member of Orange County Mayor Jerry Demings' Economic Recovery Task Force and played a significant role in getting salons and barber shops reopened during the pandemic.

Henry told Spectrum News 13 Saturday morning that the fire left him, and the employees at his shop, hurting.