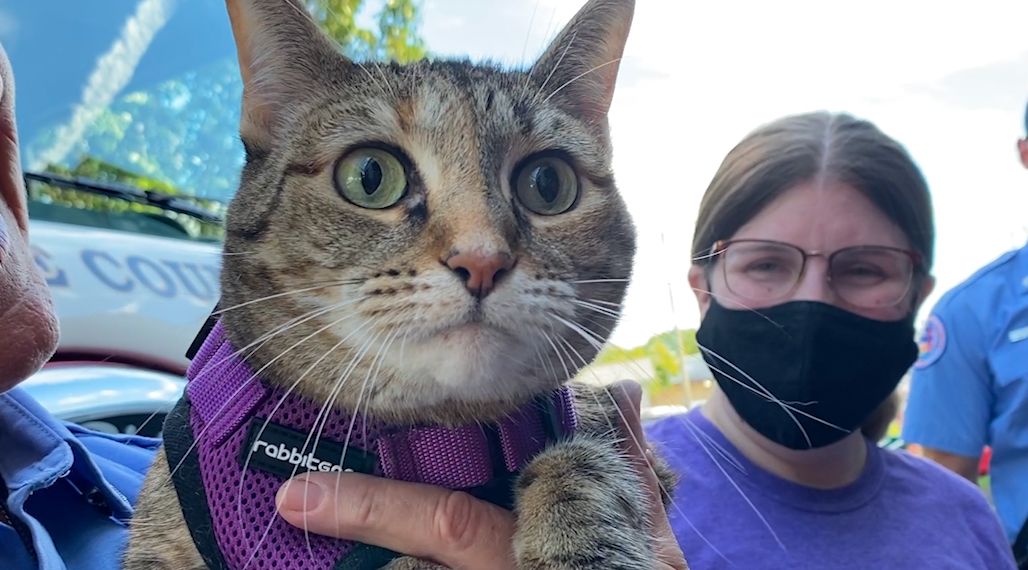 “With cats, you just live to serve them, so I’ve just accepted it. It’s my fate!” she said with a laugh.

The pair went there to donate seven sets of pet oxygen masks to the Seminole County Fire Department.

But Precious was pretty reluctant to leave her carrier and make her appearance for the donation, even though she is the reason Stafford is doing it.

“Are we gonna help some other animals today? I think so …” Stafford told Precious.

Despite Precious’ shyness, she was able to make at least one new friend, 23-year-old firefighter Katrina Elliott, who says these masks can help them save all kinds of animals, and was very grateful for their donation.

“I’ve used them for birds, cats, dogs, I’ve used one for a pet rat, we’ve used them many times for different animals so they’re very important,” Elliott said.

Stafford wondered what if her own cat had been in a fire and inhaled a lot of smoke, after seeing recent news stories like the fire at the Pet Alliance of Greater Orlando shelter.

“I don’t want to see any animal in pain,” Stafford said.

She says she was also inspired after seeing other groups make similar donations, like the Cat Cafe.

But eventually, Precious was done socializing and fled back into her carrier.

After all, inspiring an everyday hero and making an appearance for it can be hard work for a shy cat.