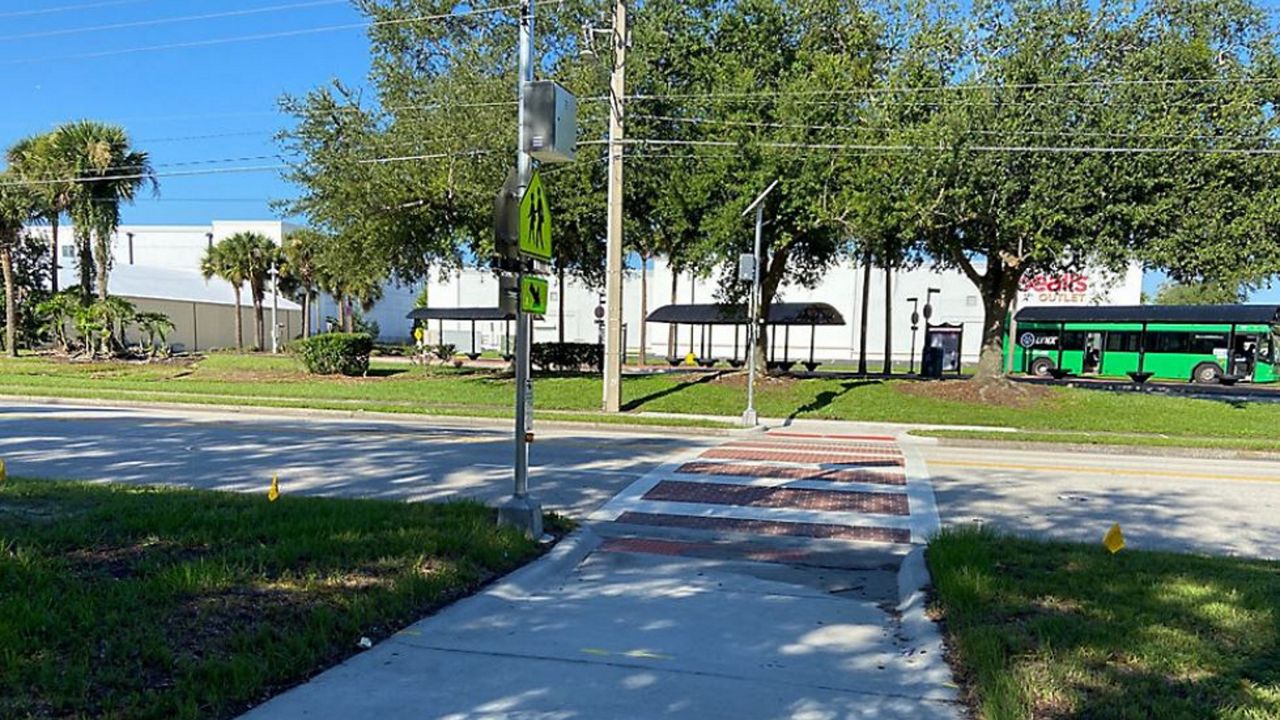 A new high-tech crosswalk was installed on Primrose Drive, south of Amelia Street, to try to protect pedestrians by alerting drivers with flashing lights when they approach. (Spectrum News/Jerry Hume)

ORLANDO, Fla. — It has already been a deadly year for people walking across the street in Central Florida. So far in 2021 in Orange County alone, 142 people have been killed in pedestrian-related crashes, up 15% from last year, Bike/Walk Central Florida officials said.

It’s one of the reasons the city of Orlando installed new, state-of-the-art crosswalk technology near the Central Florida Leadership Academy on Primrose Drive.


“It detects if someone enters the detection zone, and then it knows to automatically activate the flashing lights, and these flashing lights provide our drivers real-time notice if there's a pedestrian approaching or is about to enter the crosswalk,” said Emily Thompson, an Orlando Transportation Department senior planner.

The school’s president, Jody Litchford, said one of her students had a close call at the mid-block crossing, which is why school officials urged the city to add safety improvements.

With this new crosswalk technology, children don't have to push any buttons.

The sensors use infrared heat profiles to detect a person near the crosswalk, at which point the flashing lights begin to alert drivers to stop.

“The city of Orlando has set a vision-zero goal to eliminate all traffic fatalities and serious injuries by the year 2040,” Thompson said.

That's a tall order, especially considering a Dangerous by Design report released earlier this year found that across the country, no place was more dangerous for people walking than the Orlando metro area.

Litchford said she hopes this new crosswalk will help rid Orlando of that dangerous distinction.

“We're very excited about the safety that it brings to our school campus and students,” she said.

The city of Orlando just completed four other crosswalk improvements, and two more are in the works.

They're still reviewing data from this new technology on the Primrose crosswalk before they decide whether to install it elsewhere.