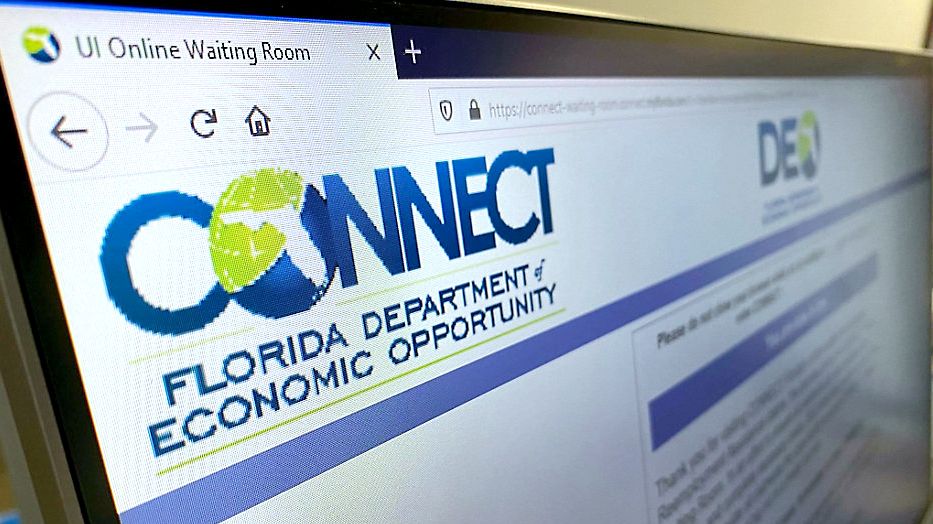 Despite getting assurances for the past year and a half that Florida's unemployment system would be fixed, residents say it still has many problems. (File Photo)

ORLANDO, Fla. — For more than a year and a half, officials with the Florida Department of Economic Opportunity and Gov. Ron DeSantis have promised to fix the state’s crippled unemployment system. Despite those promises, the problems continue to persist.

As the issues continue, a Tallahassee judge is expected to rule as early as Friday over calls to force the state to restore extended federal unemployment benefits.

The independent financial auditor was first put out of work in August of 2020. While waiting for his initial claim he took a temporary 3-month job with the State of Florida.

“That paid $15 an hour, was 40 hours a week and I barely made it those three months,” Greenfield said.

Now with two claims pending, Greenfield said he has yet to see a single dime in the past year.

Waiting on some change - and help.

I can't even imagine how many Joel Greenfields there are out there.

“I’ve been told time and time again, ‘Your claim looks good, everything is in order, we’re escalating to the next level,'” Greenfield said.

That’s the feedback Greenfield said he's received in the rare instances when he can get someone on the phone.

Stories like his have remained a frequent complain in recent months with many individuals telling Spectrum News they’re not ever able to get through to a call center representative. In June, DEO announced it dropped its third party call center service providers.

Greenfield remains out of work, but not for a lack of trying, he said. He’s looked beyond financial auditing services, and into other management related fields.

The single dad of a 6-year-old said he has survived the last year by selling his most valuable possessions.

He’s now down to his final hope of DEO approving his claim so he can save the 400-square-foot apartment he rents — and ultimately the ability to keep visits with his son.

“I was embarrassed to tell my friends about it, I don’t like reaching out to the state of Florida to help me, but it’s exactly what the state of Florida's help is supposed to be,” Greenfield said. “People like me, looking for work, trying to find employment, we need the time that unemployment and DEO can provide. I’m out of time. Sept. 1, I’m out of work.”

A spokesman for Florida Department of Economic Opportunity told Spectrum News that the agency is reviewing Greenfield’s case.

I told him no one at call centers and stalled claims.

Spectrum News pressed Gov. Ron DeSantis Thursday about the ongoing troubles and asked about the complaints of people who say they can’t get through to call centers and have a backlog of stalled claims.

Not answering the staffing question, the governor said the fraud efforts are to blame for many of the issues.

“Here’s the issue, there have been attempts of fraud on our employment system, $10-$20 billion worth of attempts,” DeSantis said. “… That’s what’s happening, the system has to protect against that and so if there’s things flagged they have to go down and address it.”

In late July, Florida Department of Economic Opportunity officials announced a data breach, where hackers spent the better part of a month and a half inside the state’s system, compromising the personal information of nearly 50,000 people.

The agency is also dealing with a series of other related issues, including automatic locks of accounts and “pin glitches”.

The governor said there remains half a million job openings and there is no reason for anyone to be struggling to find work.

“Some of these jobs, you’re getting signing bonuses working at fast food or other stuff because the need is so tough,” DeSantis said. “Some of these restaurants are doing very, very well, but they have to close one or two days a week because they don’t have enough folks to work.”