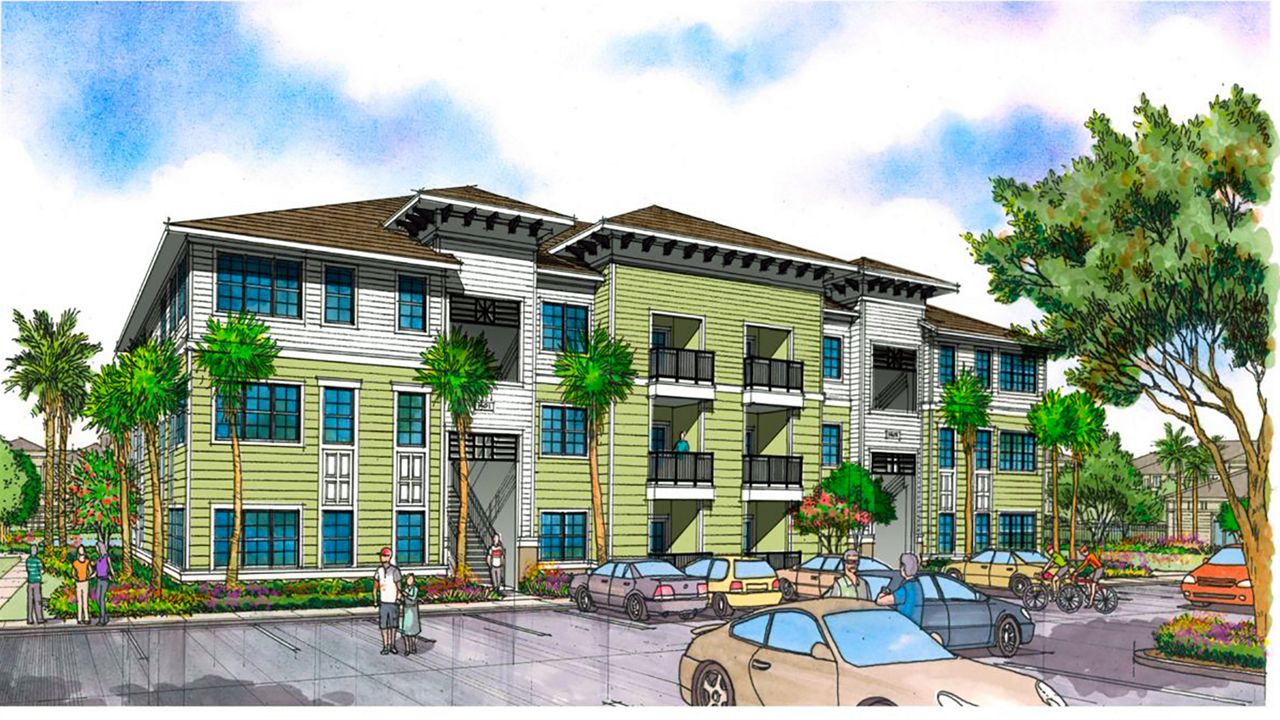 Photo of an artist's rendering of what the apartment buildings will look like in "The Crossings" development. The 26-acre project will bring in about 150 jobs with 268 apartments in multistory buildings, offices, casual dining, a hotel and more.

$80M development with apartments, hotel planned off I-4 in Volusia County

ORANGE CITY, Fla. — Trycon Development out of DeLand is working on an $80 million mixed-use development in Southwest Volusia County.

“We have six parcels located along (State Road) 472, they will accompany the medical building, the retail," Frank Cannon of Trycon Development said.

Cannon looks at the County Road 4101 and State Road 472 intersections off Interstate 4's exit 114 as the epicenter of southwest Volusia County.

Major development coming up off I-4 at exit 114 in Orange City. I have the details all morning on @MyNews13 #News13Volusia pic.twitter.com/GIPc9BlrEX

The 26-acre project will bring in about 150 jobs with 268 apartments in multistory buildings, offices, casual dining, a hotel and more.

“It’s going to add to what’s already here in a way that it’s going to fulfill the needs of homes in the immediate area here, so they don’t have to travel as far to go to some of the things that they normally go to," Cannon said.

With the groundbreaking planned for late fall of this year, Cannon said this is only the beginning for the area.

“The vision is coming into focus on what DeLand, Orange City, Deltona and Lake Helen had for this particular area, and we’re kind of kicking it off," he said.

Cannon tells Spectrum News 13 there are about 75 acres of land available south of the property for other developers to come in.

Jeff Carson, manager of Family Fun Town in Orange City, has already heard the buzz about "The Crossings." He is looking forward to the growth nearby.

"It should overall really increase our business," Carson said. "We may notice a little drop-off at the beginning, of course, because seeing something new is always fun, but it’s actually going to draw a lot of other people in from other areas."