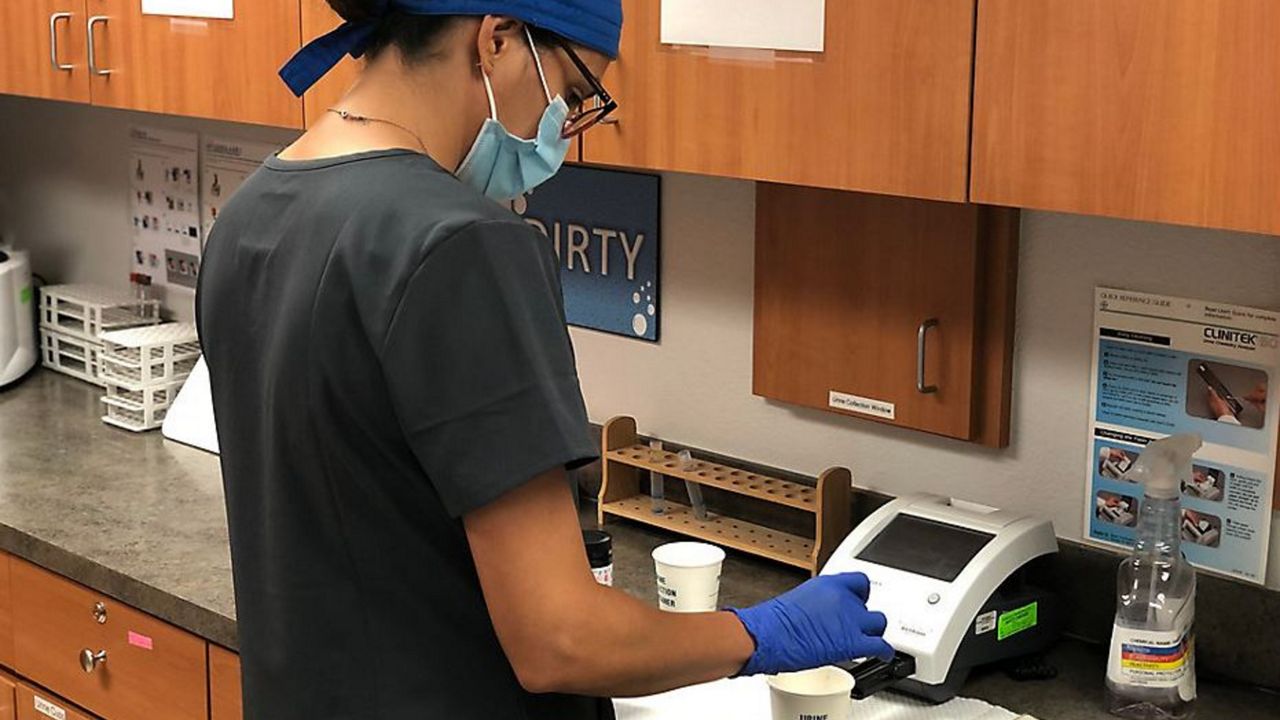 Osceola Community Health Services plans to expand its lab services and open a pharmacy for clients on-site, all in the fall. (Spectrum News 13/Stephanie Bechara)

KISSIMMEE, Fla. — David Rodriguez thought his time was limited after being diagnosed with HIV 18 years ago.

And though he's not cured, his viral load is so low, it's been undetectable since 2011.

“HIV/AIDS does not control me, does not define me. I still am who I am, and HIV is living with me, but I am not living with it,” he said.

The Centers for Disease Control and Prevention recently said that sexually transmitted diseases in the United States had reached an all-time high for the sixth consecutive year. There were more than 2.5 million cases of chlamydia, gonorrhea and syphilis reported in 2019, the most recent data.

CDC statistics for 2020 haven’t been released. Belinda Johnson-Cornett, the CEO for Osceola Community Health Services in Kissimmee, Fla. said those numbers may have been affected by the pandemic.

“Anyone who had issues with access to care, or we had challenges getting them into care, COVID just intensified that,” Johnson-Cornett said. “That’s the role that COVID has played. But the services being available have still been available.”

Osceola Community Health Services provides help and assistance for things such as mental health, dental, maternity, pediatrics and primary care, including treatment for those with STDs. Just in the past six months it has provided STD testing to about 7,000 people in the county. Federal grants such as the Ryan White HIV/AIDS Program and Title X Family Planning help with it all.

“Even those that don’t qualify for the Ryan White program, we see those patients as well, uninsured and underinsured. We provide a sliding fee scale for patients based on their income,” Johnson-Cornett said.

Osceola Community Health Services is even growing: It plans to open a pharmacy for clients on site. And it's expanding its lab services, all in the fall of this year.

It may be difficult to pinpoint why there is a spike in statistics. But Marian Sampson, the chief medical officer for Osceola County Community Health Services says “it does show us that a trend is still there.”

“There has been an increased incidence of gonorrhea that is now resistant to certain mediation. So that can also account for the rise in some STDs," Sampson said. "We use a lot of antibiotics for a lot of things, and now we are starting to see resistant strains.”

Johnson-Cornett reiterates that at the end of the day, awareness is the key to prevention.

“And it’s all about the education, about STDs and how they are spread. And I think sometimes when we don't talk about it a lot, people don't think about it a lot,” she said. “The more we educate and the more we keep it out there about safe sex and protection... The better we will be with those numbers.”

Rodriguez said he’s doing his part by sharing his story.

“The biggest takeaway is that we all understand that we are all human,” Rodriguez said. “We’re all wanting to live, wanting to do better, for not only for ourselves but for our community.”