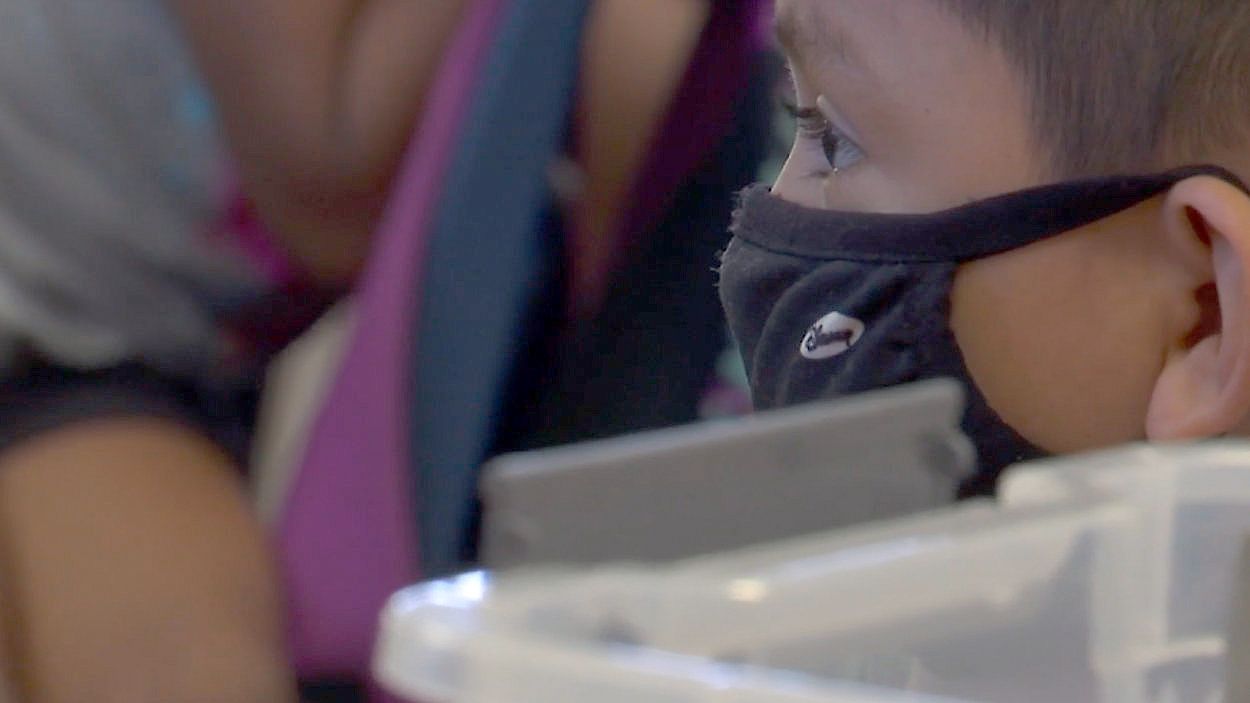 The advice came despite neighboring districts already relaxing mask mandates and parents calling for masks to be optional.

“It should be a personal, parental choice as to whether or not a child wears a mask,” she said.

She’s part of a Facebook group of more than 600 parents who want masks to be optional in Orange County Public schools — which is exactly what a new proposed district policy change would do.

“In my opinion, it is absolutely the right direction they need to head,” Rosenthal said.

But at a work session Tuesday the OCPS Medical Advisory Committee, warned against making masks optional for everyone.

They said since children 12 and up can be vaccinated, the Board could make masks optional in middle and high schools.

But since those younger than 12 still can't get vaccinated, they suggested keeping a mandatory mask policy for elementary schools.

“We have a civic, and medical and moral duty to protect them by saying, 'Let’s keep a mask on these kiddos, until they and their families have the opportunity to be vaccinated,'” said committee member and pediatrician Dr. Annette Nielsen.

And while doctors on the Committee said children are at a much lower risk for hospitalization and death from COVID-19, they say some children can still suffer severe complications from the virus.

“Because once you get it, you don’t know where that kid’s gonna go … I’ve got one kiddo who got it in July of last year and everything she eats or drinks still tastes like rotten fish," Nielsen said. "So now we’re talking about an eating disorder." said.

While the committee spoke at length about the physical impacts from the virus that could come from not wearing a mask, Rosenthal was concerned by the lack of discussion on the psychological impacts of mask-wearing.

With a daughter in elementary school, she said she and other parents of young kids worry about this.

“And they’re not gonna learn facial expressions and social cues … not a single discussion was had today about the developmental impact on young children,” Rosenthal said.

She also has a problem with the part of the proposed policy that allows the "Superintendent to implement more restrictive face covering requirements if the CDC or other government entities issues such guidance."

The concerns and debate this issue continues to bring up show the Board’s decision come July 13 will be anything but black and white.

The board did not hear any public comment on the issue at Tuesday's meeting but will be hearing it at the June 17 board meeting.

Rosenthal says she expects a lot of parents to show up.​