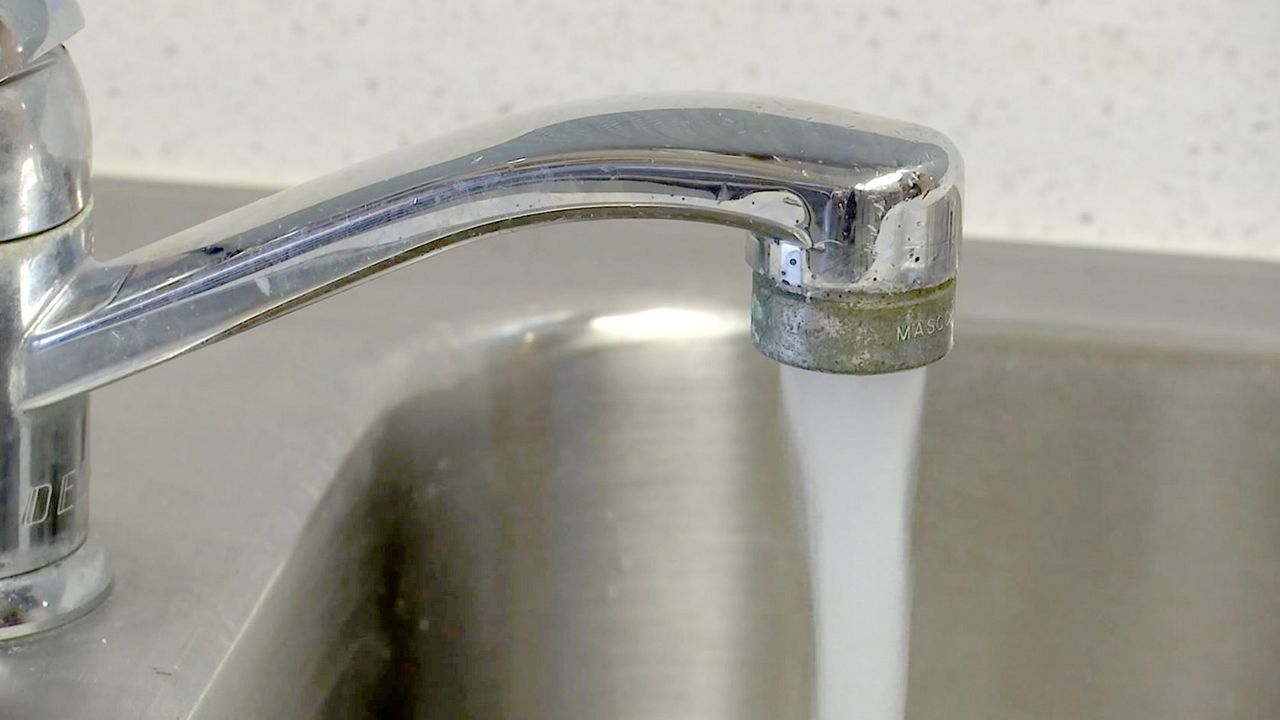 BREVARD COUNTY, Fla. — In a unanimous vote on Tuesday, the Brevard County Commission began the process that Commission Chair Rita Pritchett said will likely lead to the halting of adding fluoride to the water in Mims.

The decision came during Pritchett’s report to the commission, during which she brought up the topic of community water fluoridation.

“This has been something that I kind of been researching for about 10 or 15 years when I was a young mother and trying to figure out safety levels of fluoride in the water,” Pritchett, a certified public accountant, said Friday.

A timestamp of Tuesday’s meeting shows that from the introduction of fluoridation through the vote itself, the commission spent just shy of 6 minutes discussing the topic that impacts 3,353 water accounts, or about 8,383 people, according to numbers from the Brevard County Utility Services provided to Spectrum News 13.

Because the discussion and vote occurred within the “Board Reports” portion of the meeting, and because public notice was given on the discussion or vote, the public didn’t have a chance to weigh in on the decision.

On Friday, Spectrum News 13 spoke with Mims residents on both sides of the discussion over water fluoridation. Both sides said they were unaware of the commission’s decision and said that the public should have a chance to weigh in on what’s happening to their water.

“I think they should have every input on it. She shouldn’t make a decision just solely on herself,” said Rachel Bearden, a Mims resident who supports the water fluoridation.

“They should at least send something out, just because if you don’t catch the news, at least it’s in your mailbox that something is going to be changed about it,” said Derrick Dunston, an opponent of water fluoridation.

What is community water fluoridation?

Community water fluoridation is the process of adding a low concentration of fluoride to a water supply. In 2015, the U.S. Public Health Service updated its recommended level of fluoride to 0.7 ppm (parts per million) or mg/l (milligrams per liter).

It’s designed to assist with the prevention of tooth decay in both adults and children.

Dr. James Antoon, a dentist who practices in Rockledge and was part of the group that help educate both the Titusville and Mims communities on the benefits of water fluoridation before they were enacted, said that there is also a significant cost benefit to adding fluoride.

“For every 30 cents or so that’s spent on fluoridation per child, you save up to $30 to $40 for a child on dental care,” Antoon said. “The No. 1 cause of children missing school in some communities that aren’t fluoridated is dental abscesses. The No. 1 cause of soldiers not being deployable is dental disease.

"So, this has a broad effect, not just on the children in that community.”

The practice of adding fluoride to public water supplies has been in place for more than 75 years nationwide.

David Satcher, the former U.S. Surgeon General under President Bill Clinton, said that “of the 50 largest cities in the country, 43 are fluoridated."

"A significant advantage of water fluoridation is that anyone, regardless of socioeconomic level, can enjoy these health benefits during their daily lives — at home, work, or at school or play — simply by drinking fluoridated water or beverages prepared with fluoridated water,” Satcher said.

In 2018, the American Water Works Association joined a chorus of organizations and medical experts in support of water fluoridation:

Arguments on both sides

During Tuesday’s commission meeting, Pritchett said it was her opinion that fluoride was “terrible for us” and called for a discussion on removing it from the Mims water supply.

According to her, customers in the northern part of Brevard County in District 1 who get their water from the county are the only ones connected to the county utilities that receive fluoridated water.

“Fluoride in the water is an option, it’s not a requirement,” said Edward Fontainin, the department director of Brevard County Utility Services. “The EPA does not require fluoride to — fluoride doesn’t function as a disinfectant of any sort. And so, it’s really an additive added on for the benefit of public health.”

In 2019, the City of Melbourne voted 4-3 to keep fluoride in their city’s water supply, something that has been in place since 1966, according to the American Dental Association.

Water supplied from the utilities in both Cocoa and Palm Bay also use community water fluoridation.

Following Tuesday’s meeting and vote, Maria Stahl, the administrator and health officer for the Brevard County division of the Florida Department of Health, sent an email on Wednesday to all five commissioners stating that she is “extremely concerned” about the idea of eliminating community water fluoridation in Mims.

“One of the greatest health needs in Brevard County is access to dental care; so much so there is currently a task force specifically working on access issues for both children and adults. Without CWF, the need for dental care will increase,” Stahl stated.

During an interview with Spectrum News 13 on Friday, Pritchett pointed to studies like a 2016 review published by the Harvard T.H. Chan School of Public Health that questioned the health benefits of water fluoridation for some individuals, and a 2019 study published by JAMA Pediatrics that argued there is an “association between maternal fluoride exposure during pregnancy and IQ scores in offspring in Canada” and that "these findings indicate the possible need to reduce fluoride intake during pregnancy."

“Whenever we make decisions, we always try to base it on rights of people and their ability to make choices — we’re pretty good at supporting one another when it comes to allowing people to choose," Pritchett said. "So that was basically a choice decision for the community that they would be able to choose what they’re putting into their bodies."

Following the JAMA study publication, the American Academy of Pediatrics, along with several others, came out with information refuting those findings. The AAP said that there were some parts of data collection that made the findings less reliable and continued their recommendation of community water fluoridation.

"There are thousands of articles pointing to the safety of community water fluoridation, and we need to continue to look at the impacts, but this study doesn’t change the benefits of optimally fluoridated water and exposure to fluoride,” Dr. Patricia A. Braun, professor of pediatrics at the University of Colorado and chair of the AAP Section on Oral Health Executive Committee, said in the AAP article.

Another argument that was made by Pritchett was that there are enough alternate sources of fluoride for people, like visiting the dentist and using toothpaste with fluoride. She said it was important to give residents a choice about whether they wanted to add more fluoride to their lives.

Antoon challenged that notion Friday and said it’s not possible for an individual to get the same level of preventive benefit on their own.

“You can buy the drops, pediatricians can write prescriptions for the drops. That helps a little, but it’s not anywhere near the benefit of putting it in the water supply,” he said.

The vote that was requested and approved Tuesday by the county commission was to “allow me (Pritchett) to work on removing it (fluoride) from the north Brevard water.”

District 2 Commissioner Bryan Lober made the motion for that vote, and it was seconded by District 5 Commissioner Kristine Zonka.

Pritchett said Friday that it’s her understanding that the commission has the ability to halt the fluoridation process for the water supply in Mims. She said that they are working to determine a timeline for the process to get underway.

“I will be having meetings with the county staff shortly, and then I will update you on the process,” Pritchett said.

Antoon recalled that when fluoridation was adopted in northern Brevard County, it was overwhelmingly supported by about 70% of voters. He said undoing that now would be highly detrimental.

“Seventy-five or 80% of the state of Florida is fluoridated with community water sources. So, we’re stepping backwards in time, and I think this is a space center, this is a community of science. I think we’ve stepped back away from science when we take the fluoride out of the water,” he said.