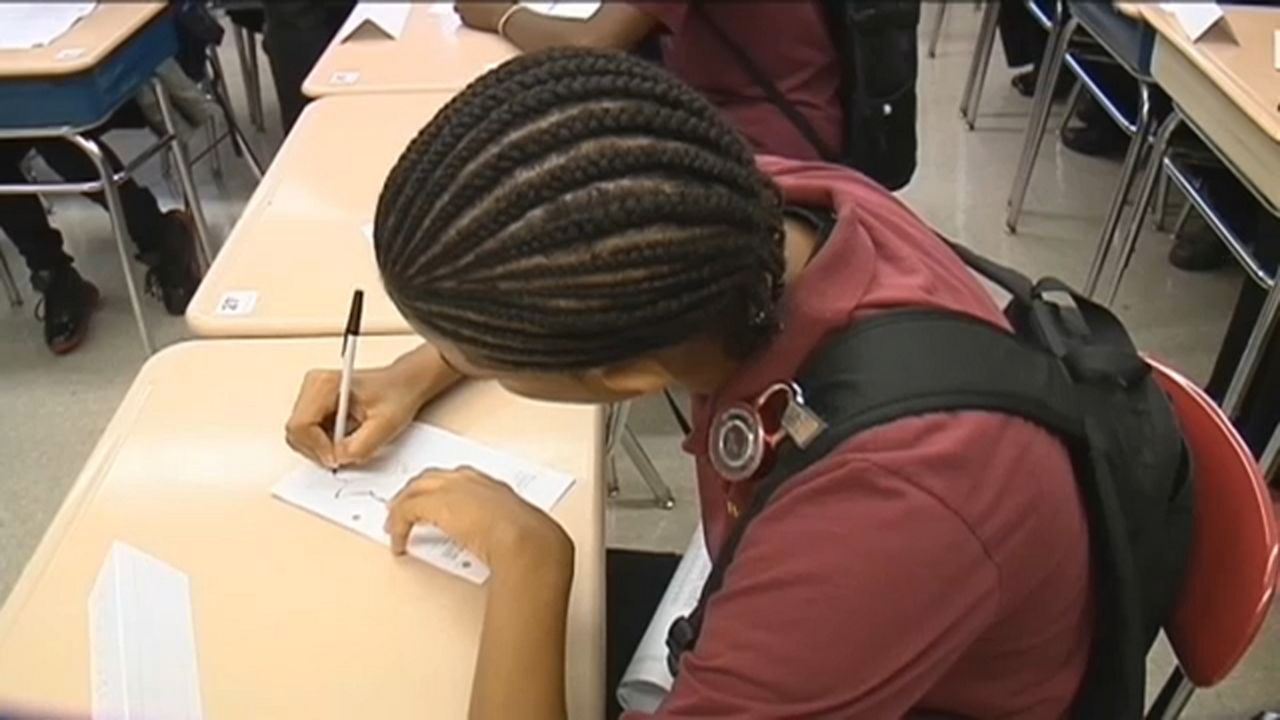 The approach to resolving differences between the way Black students are disciplined compared to other students cannot be, " ‘We’re gonna focus on it this year,’ “ UCF Assistant Professor of Education Dr. Larry Walker said. “It has to be yearly. This has to be an ongoing conversation.” (File)


UCF Assistant Professor of Educational Leadership Dr. Larry Walker studies the differences between how Black and white students are disciplined in public schools.

As a Black parent of a Black son, it’s something he is living as well.

“A teacher or administrator was sometimes accusing him for something he hadn’t done, or just their interaction with him was confrontational,” Walker said.

It’s an experience Walker said Black students, like his son, are more likely to face.

“I think Black students make up about 15.5% of the population but double that in terms of suspensions nationally,” Walker said.

Data from the Florida Department of Education suggests that's going on in Central Florida, too.

In the Osceola and Seminole County school districts, the number of white and Black students who are suspended each year is about the same, even though Black students only make up about 11% of enrollment in Seminole and just 9% in Osceola County. “It plagues our nation, our state, and our schools,” said Todd Trimble, executive director of the Minority Achievement Office for Orange County Public Schools.

The office implemented what it calls “restorative practices” in the 2015-16 school year.

Officials from that office sit down with students who are being disciplined and try to build understanding with them.

A significant drop in the number of total students suspended was reported in the district in the year those restorative practices were implemented.

“It’s not specific for any one group of students or any one ethnicity or any one racial group,” Trimble said. “It was really brought here to reduce our overall number of suspensions.”

So the inequality in the amount of Black students suspended remains.

“A lot of this is attributed to what we call implicit bias: assumptions, stereotypes, and attitudes we have about a group or about an ethnicity or a race,” Trimble said.

Seeing the ongoing impacts of bias in Orange County classrooms, the district expanded a training program to combat implicit bias in its school teachers and staff in January.

“This year we’ve added what’s called ‘culturally responsive standards-based teaching,’ and we train at least one champion at every school to take this training back to their school and train their staff. ... One of the big components there is around this implicit bias,” Trimble said.

The training is not mandatory for all school staff. Trimble said it will be awhile before they know how many teachers and staff members are actually taking it.

“There are three phases of this training, and our schools are just finishing up Phase 1. .... Since all of our schools haven’t completed it yet, it’s hard to tell the percentage at each school of staff that has taken the training,” Trimble said.

In order for school districts to actually bridge the disciplinary gaps, the initiative cannot be a one-time training or single conversation, Walker said.

“The approach can’t be, ‘We’re going to focus on it this year,’ " Walker said. “It has to be yearly. This has to be an ongoing conversation.”

Orange County’s Minority Achievement Office does plan to continue this type of training and dialogue with staff for years to come, Trimble said.

“It’s just not going to be a moment that will end after a year or two,” Trimble said. “We’re looking at it for long term.”

Walker’s son is graduating this year and going on to study mechanical engineering in college.

Walker said he knows implicit bias can be found at all levels of education, so he and his family worked hard to prepare him for that.

“As a Black parent and now I’m raising a Black son who’s now recently turned 18, our hope is that people will see him for the person he is,” Walker said.