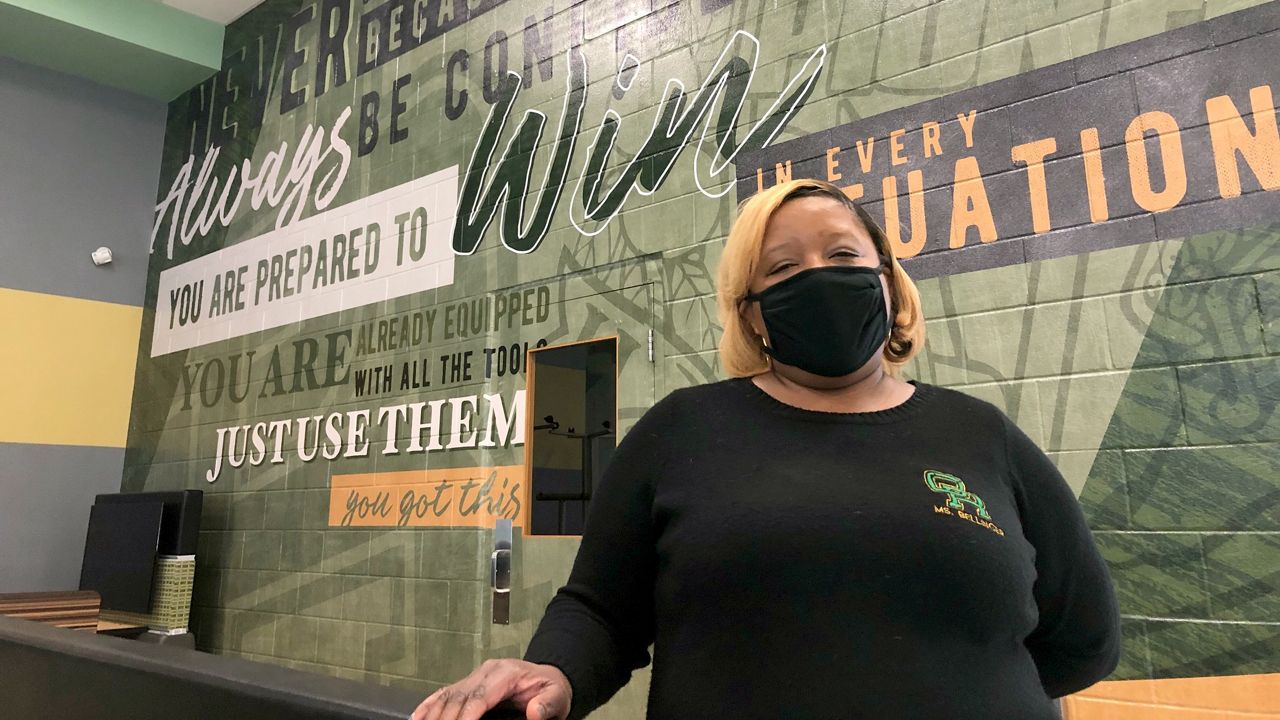 ORANGE COUNTY, Fla. — An Orange County Public Schools Principal named the district's "Principal of the Year" is being honored for her work to improve and keep her school performing at a high level, even during the COVID-19 pandemic.

At Oak Ridge High school, part of their creed, painted on the cafeteria wall,  says they’re prepared to “Win in every situation.”

And there’s never been a better year to test that motto.

“If I’m saying we win in all situations, that means I have to find a way for us to win,” said principal at Oak Ridge High School, Jennifer Bellinger.

Bellinger was an assistant principal at Oak Ridge before returning as the principal in 2016.

Oak Ridge math teacher Richard Gallagher has worked at the school for about 20 years. It used to be that the school's grades hovered between a D and an F, and then consistently a C, he said.

“But somehow she found a way to bring it up to the next level,” he said.

The school got a B grade last year for the first time in 6 years.

But the pandemic brought unprecedented challenges to an already challenged school.

Gallagher says he thought he would never get the hang of the new technologies needed to teach students virtually.

“I actually considered retiring early, she didn’t know that,” he said.

That was until Bellinger led by example and troubleshooted tech issues with teachers herself.

“So she was herself showing personally, 'Hey you’re not the only ones here having to overcome this,'” Gallagher said.

Bellinger says she has teachers submit their PPE needs to her directly.

Which she then delivers personally to their classrooms.

“I’m going to make sure it’s taken care of,” said Bellinger, who also meets one on one with students who are struggling.

And each student who is struggling or who is not physically in the classroom is assigned a teacher or administrator to check up on them, as it’s now much easier for kids to fall through the cracks.

Bellinger said school staff has never lowered their expectations for the students.

“Some of them feel defeated … but because we have poured into them and believe in them, and we show them and tell them they will now go above and beyond,” she said.

Her hands-on approach resulted in Bellinger being named OCPS’ principal of the year, an award she says is not so much a reflection of her efforts, but that of the entire school’s.

“It’s truly about the entire staff, my students, the community,” Bellinger said.