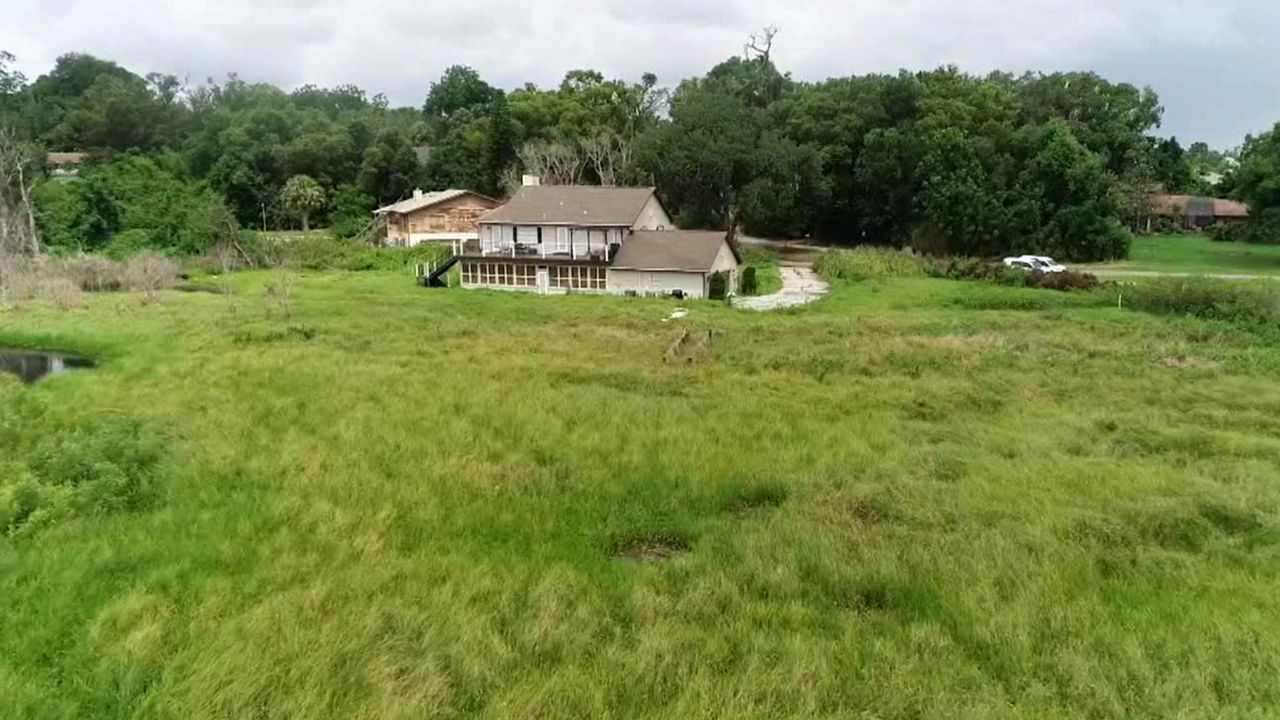 The Fernandezes' property in the community of Gotha. Built near Lake Nally, the land is now mostly swamp. (Spectrum News 13)

ORANGE COUNTY, Fla. — For most of 2020, Mery Fernandez has had a sump pump in her living room, constantly pumping water out of her home.


Her family, along with the DeHarts, in recent years have battled rising water levels on Lake Nally in the Gotha community.

Now, the homeowners are taking the matter to court, suing four groups, including the state Department of Transportation and Orange County.

“This has never happened," Paul DeHart says, looking out at Lake Nally. "It (water) has never gotten this close to our home, and our neighbor’s home has never flooded in the past.”

DeHart and others on the lawsuit believe the neighboring Braemar development, built after their own homes, and expansion of the Florida's Turnpike-State Road 408 interchange caused the lake levels to rise. That, then, led to flooding.

It’s a theory supported by prior studies but refuted in a county-commissioned study released in September that blamed rain. On September 25, Orange County Mayor Jerry Demings spoke about that commissioned study, suggesting families shouldn't be suing the county or roadways.

“There has been some historic flooding problems, that some of the past owners were well aware of," Demings said at the time. "Whether or not they disclosed that to the resident or not, that is something they’ll have to consider in regards to litigation.”

Their suit accuses Orange County, Florida Department of Transportation, the Central Florida Expressway Authority, and the Braemar homeowners association of trespass, negligence, and inverse condemnation — meaning the government took their property without compensation.

“I think we had hope," DeHart says in reference to trying to work things out with the county. "That hope we would come to some agreement or move the resolution down some path.”

Spectrum News 13 asked the county, Turnpike, FDOT, and Braemar for comment on the lawsuit. Only the county responded, saying it would not comment.