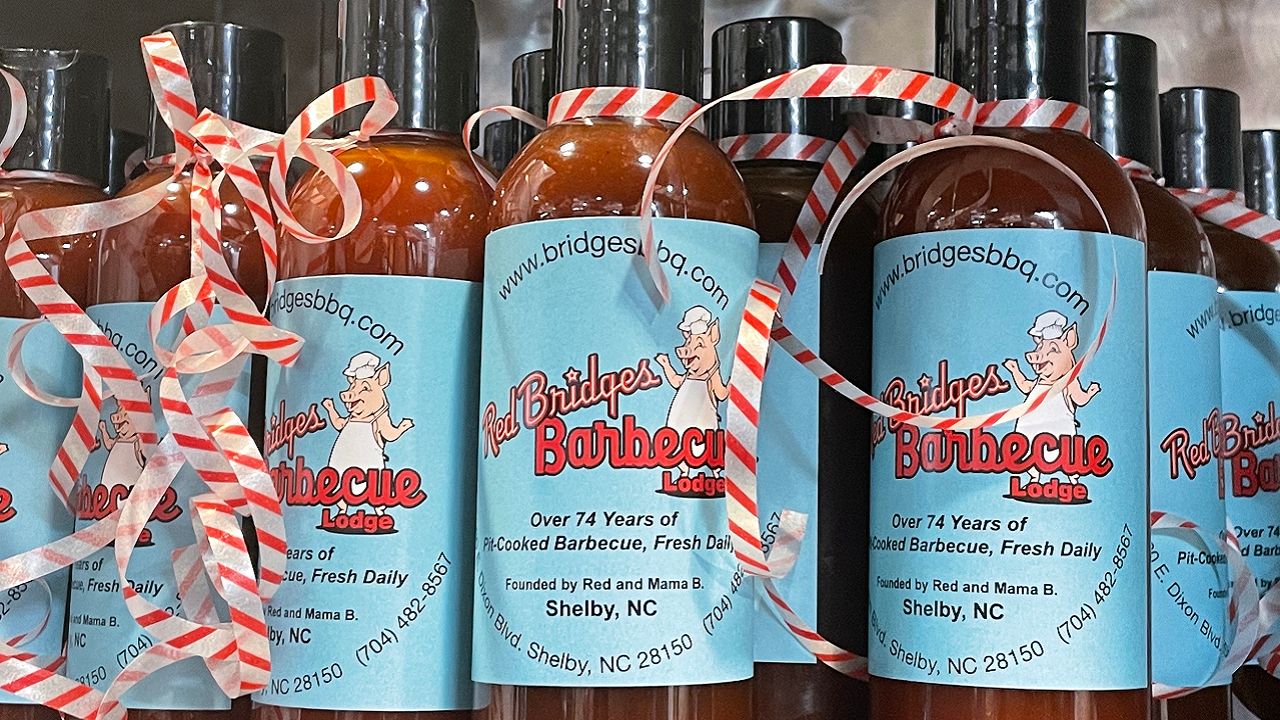 What's One of the Best Gifts in North Carolina? Barbecue Sauce

CHARLOTTE, N.C. – If you are still looking for a Christmas gift from North Carolina, barbecue sauce could be one of your best options.

Co-owner Natalie Ramsey calls it “Shelby Style.” The sauce has a ketchup and vinegar base.

“Everything to me is Shelby because we are so unique, and we do everything our own way,” Ramsey says.

Natalie’s brother and Red Bridges BBQ Co-Owner, Chase Webb, says they have kept the traditions of the founders of the business: their grandparents.

“I think because it has a thickness about it, it’s so good. It’s really good when it’s good and thick, dip your hush puppies in it,” Ramsey says.

The sauce is also in high demand.

Western Carolina BBQ sauce is also the most popular at Mac’s Speed Shop in Charlotte.

“People get really excited when they see we have our true Eastern Carolina barbecue, and they go for that, especially on pulled pork, which is very much a Carolina thing,” Sarkis says.

Sarkis, who says the vinegar-based sauce goes well with pork, chicken, and even seafood, shared most of the restaurant’s recipe with Spectrum News 1.

However, it’s ultimately up to you.

“They really go with everything,” Sarkis says.

Other businesses selling barbecue sauce in North Carolina include; Ole Carolina Barbecue in Gastonia, Big Al’s BBQ in Raleigh, and Carolina Q Barbecue with several locations along the coast.