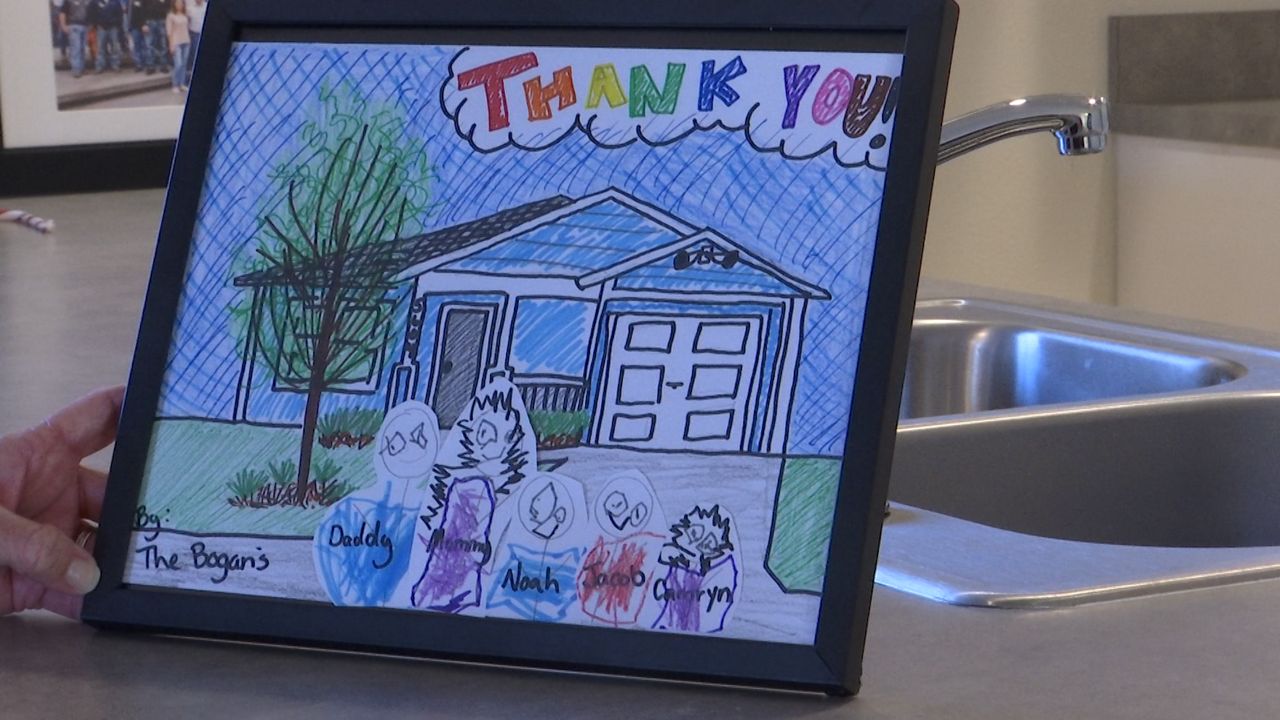 Six-year-old Noah Bogan drew a “thank you” picture of his family outside their new home for Williams Company, a local construction partner of Habitat For Humanity Greater Orlando and Osceola County. (Molly Duerig/Spectrum News 13)

New Habitat Homeowners Receive Keys To Their “Home For The Holidays”

ORLANDO, Fla. — Dominique and Venessa Bogan were thrilled to receive the keys to their brand-new Pine Hills home at a ceremony hosted by Habitat For Humanity Greater Orlando and Osceola County Friday afternoon.

“We’ve been waiting for this for a long time and it’s finally here,” Dominique said. “Dreams do come true.”

The family of five was accepted into Habitat’s homeownership program, which partners with eligible applicants to help them customize, build and own their own homes.

Habitat homeowners participate in between 75 to 150 hours of “sweat equity” on construction sites, among other requirements. As part of the program, the homeowners receive set mortgage payments of no more than 30 percent of their gross income.

The Bogan’s three-bedroom, single-family home was constructed in less than two weeks by Williams Company, a locally-based construction company that donated the building materials, supplies and labor for the project. It’s the fifteenth home in Silver Pines Pointe, Habitat’s fourth planned community in Orange County. By next year there will be 58 homes in the community, according to a press release.

You can explore Habitat for Humanity’s local programs, including their homeownership program, online.