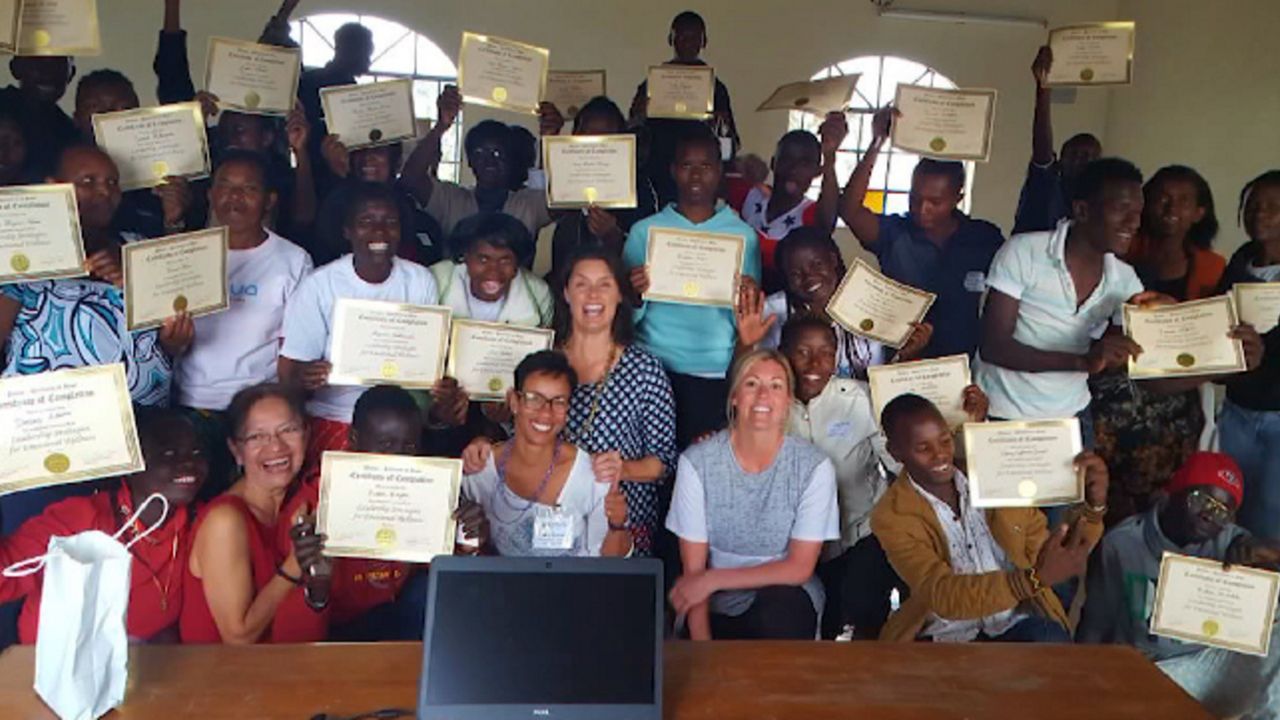 Central Florida nonprofit Inua Partners in Hope is a faith-based organization dedicated to helping children and teenagers in Kenya—a country with one of the highest rates of HIV infection. (Photo courtesy of Joey Lynn Jachec)

ORLANDO, Fla. — Tuesday marks World AIDS Day — a day to raise awareness and honor those who have died from the disease.

Central Florida nonprofit, Inua Partners in Hope is a faith-based organization dedicated to helping children and teenagers in Kenya — a country with one of the highest rates of HIV infection.

Kenya is a country disproportionately devastated by the HIV and AIDS epidemic.

According to scientific research organization Our World in Data, the latest numbers from 2017 show that 5.66% of Kenya’s population was infected with HIV, compared to .49% of the population in the United States.

From nearly 8,000 miles away in Naivasha, Kenya, Francis Kariuki shared his story of heartache.

Karuiki said after his cousin contracted HIV, his family’s future was bleak. Their education, financial stability, even community support were all in question.

“We’re part of a global community and we want people to think outside of their bubbles and realize it doesn’t take much to help others,” said Dr. Judith Burnett with Stetson University.

Through Steston University, Burnett partnered with Inua Partners in Hope.

“Inua is a verb. It’s a Swahili word that means to elevate, to raise together, to lift up,” Burnett said.

Florence Muriuki, who works with Inua in Kenya, says HIV and AIDS strip children of their hope. Many are orphans, and many see no future for themselves.

“The moment they come into this program, we begin them with life skills, and the life skills impacts them and changes them so much immediately, and we start seeing the hope in them,” Mariuki said.

Kariuki says Inua not only paid for his education but it also provided him with emotional wellbeing and self-confidence, which he’s now using to lift up others.

“I became a motivational speaker," he said. "I employed several staff. I have also trained some students from the program."

In 2019, more than 200 youth graduated from Inua’s 3-year program. Another 200 youth enrolled earlier this year.

If you’d like to learn more about Inua Partners in Hope, visit inuapartners.org.