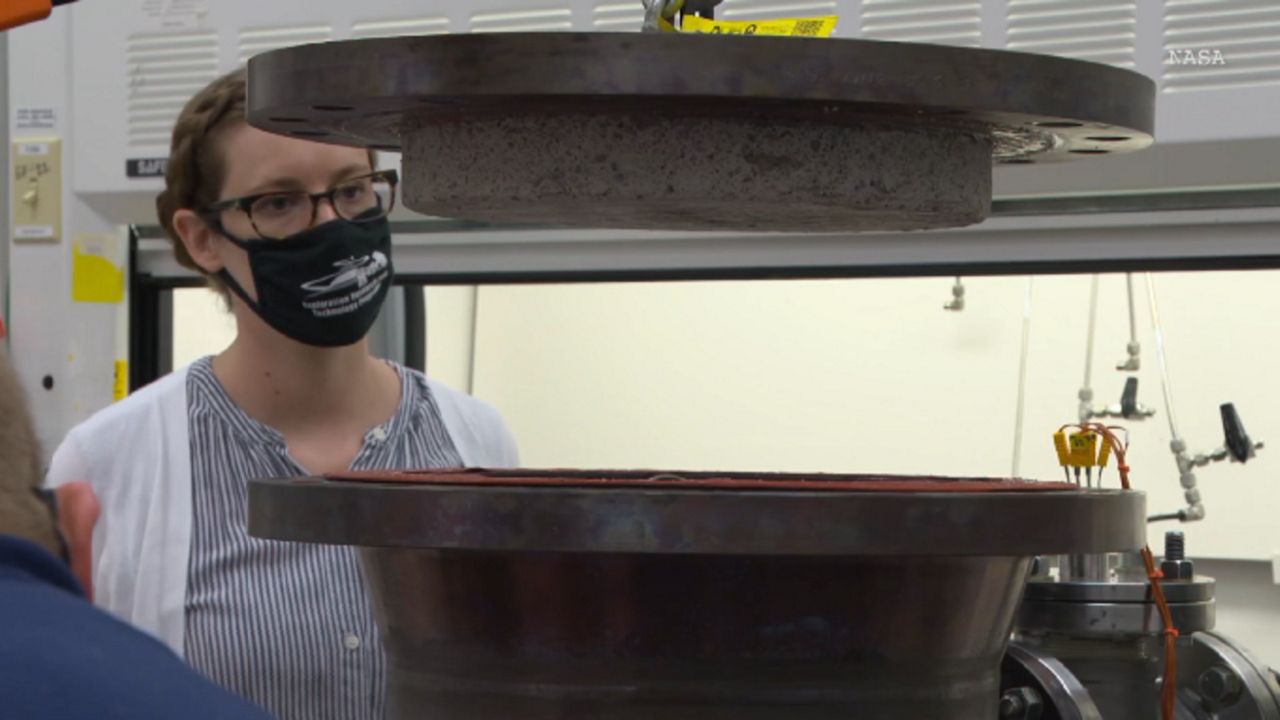 ORLANDO, Fla. — Not so long ago, women looking to take on careers in science and engineering were often told “no” and “you can't do it.”

Decades later, in 2020, women are proving naysayers wrong every day, succeeding in STEM careers all around the world, including work that makes it possible to send astronauts into space.

“A little part of you goes up every time,” said Samantha Testa, the lead design engineer for NASA’s astronaut centrifuge program.

For Testa, watching a launch never gets old.

“Especially when you’re able to be a part of that mission, even the smallest part, you feel so much responsibility and ownership for the safety of the lives on board or the science going up,” Testa said.

As the lead design engineer for NASA’s astronaut centrifuge program, now required training for any astronaut going into space to give them "G loading" experience, Testa helps prepare crew members for launch and landing.

“I love my job," she said. "We’re constantly working to make training as high fidelity as we can and make it as realistic as possible for the crews before they launch. So we are constantly doing work on it to make it better for them."

For Testa, this is more than a job, it’s a dream she’s had since the third grade when she was outside, looking through a telescope with her grandfather by her side.

“Just kind of pointing up after dinner in the driveway and pointing out constellations and his passion absolutely rubbed off on me," she said.

Her family and schooling all pushed Testa forward, encouraging her to go into STEM programs and giving her the skills needed to work at NASA. Now, she’s hoping that training and expertise will help her stand out after recently applying to be one of the next class of NASA astronauts.

“I’ve enjoyed all the astronaut training I’ve been able to jump in on," Testa said. "I hope I can do it for real one day."

In a different building, in a different program, Elspeth Petersen and her team are heating things up to 4,000 degrees. They're developing science that would melt regolith, the rocks on the moon, and pass electricity through it to pull oxygen out.

“Getting oxygen on the moon from rocks seems like one of the greatest challenges you can think of. So being able to be a part of this team is really great,” said Petersen, a chemical engineer in exploration research and technology programs at Kennedy Space Center.

If they can extract out oxygen from that regolith, Petersen said, it can be used as launch propellant or breathing air on the moon. That would be a game changer for space exploration, Petersen said.

“So it’s really fun to figure out how we can get this technology to work here on Earth so we can send it to the moon,” Petersen said.

The program lets Petersen use her background in chemistry and problem-solving skills help figure out a way to develop this technology. But working for NASA wasn’t always on her radar.

“It really is a dream job I never dreamed I could have,” Petersen said.

Petersen grew up not knowing what engineers did and not knowing she could or should seek out these types of jobs.

After graduating college and getting her degree elsewhere, Petersen went back to school to become an engineer, eventually making her way to her dream career at NASA.  Petersen said it's important that other young girls know about the potential careers in STEM that she herself didn't find out about at a young age.

"If you find out something you think is interesting, ask questions, be interested in it, keep following it," Petersen said. "You never know where you’re going to go."

For Petersen, the magic of watching a launch has only grown since she started working at NASA.

“One of the groups I worked with here, they’re actually sending some technology to the moon next year and they let me touch the flight hardware! So it’s crazy, it feels very real and it’s so special,” Petersen said.

Both Testa and Petersen are hopeful their careers will help inspire other young girls to look up at the stars and dream big.