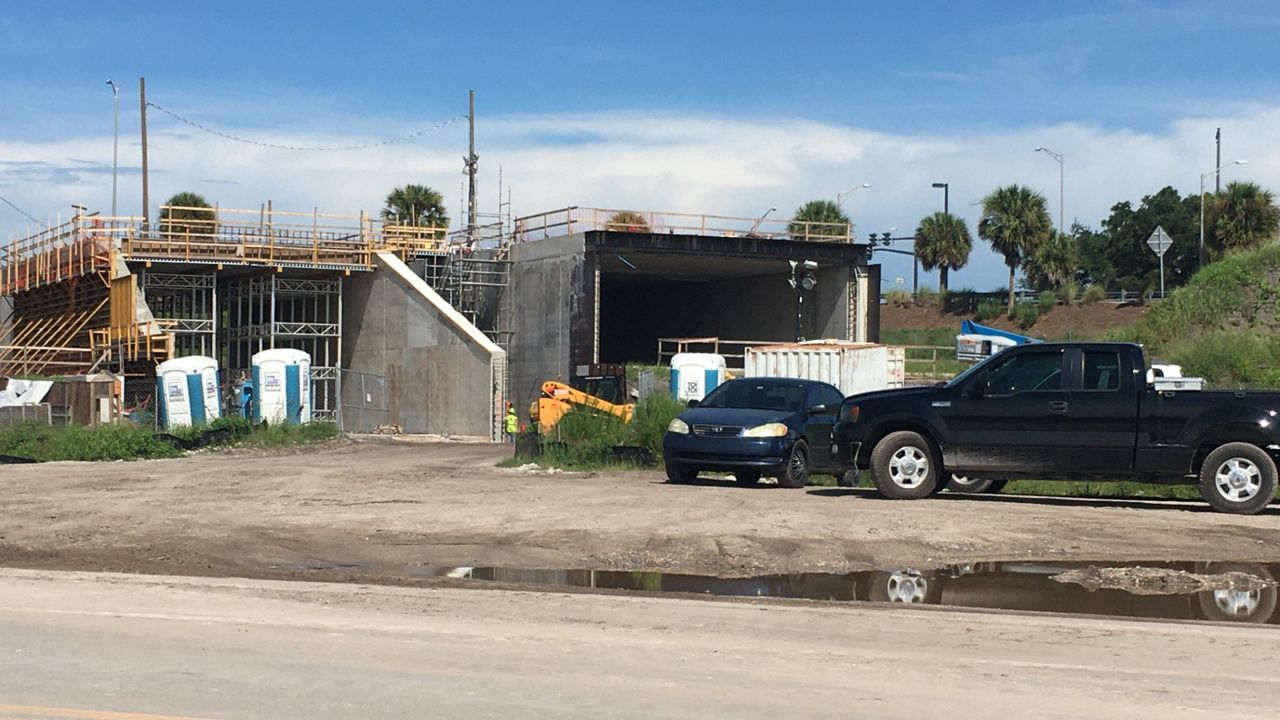 Despite the pandemic shutting down their service in South Florida, it’s full speed ahead for Brightline’s construction in Orange and Brevard counties. (Jerry Hume/Spectrum News 13)

Brightline Construction Chugs Along Despite Pandemic

ORANGE COUNTY, Fla. — Next week Goldenrod Road will be shut down near the Beachline as Brightline begins an innovative way of building new railroad tracks.


The company, which plans to connect South Florida to Orlando International Airport in late 2022, is planning to use hydraulic jacks to push two concrete boxes under Goldenrod Road, near SR-528.

“What would have disrupted the roads for 9 months is only going to disrupt it for two weeks,” said Mike Cegelis, Brightline executive vice president of rail infrastructure.

It’s only the second time this has been done in the United States. Goldenrod Road will be shut down September 9-22, from south of SR-528 to Cargo Road.

Despite the pandemic shutting down their service in South Florida, it’s full speed ahead for Brightline’s construction in Orange and Brevard counties.

“It has enabled us to get more resources, there’s a little less traffic on the road, that’s helped us,” Cegelis said.

Brightline, which announced this summer it was dropping the Virgin Trains name, is also looking to the future.

A connection to Disney World is in the works. That station could be completed shortly after the Orlando airport station opens. A Disney station, according to the company, could lay the groundwork for a Tampa connection as well.