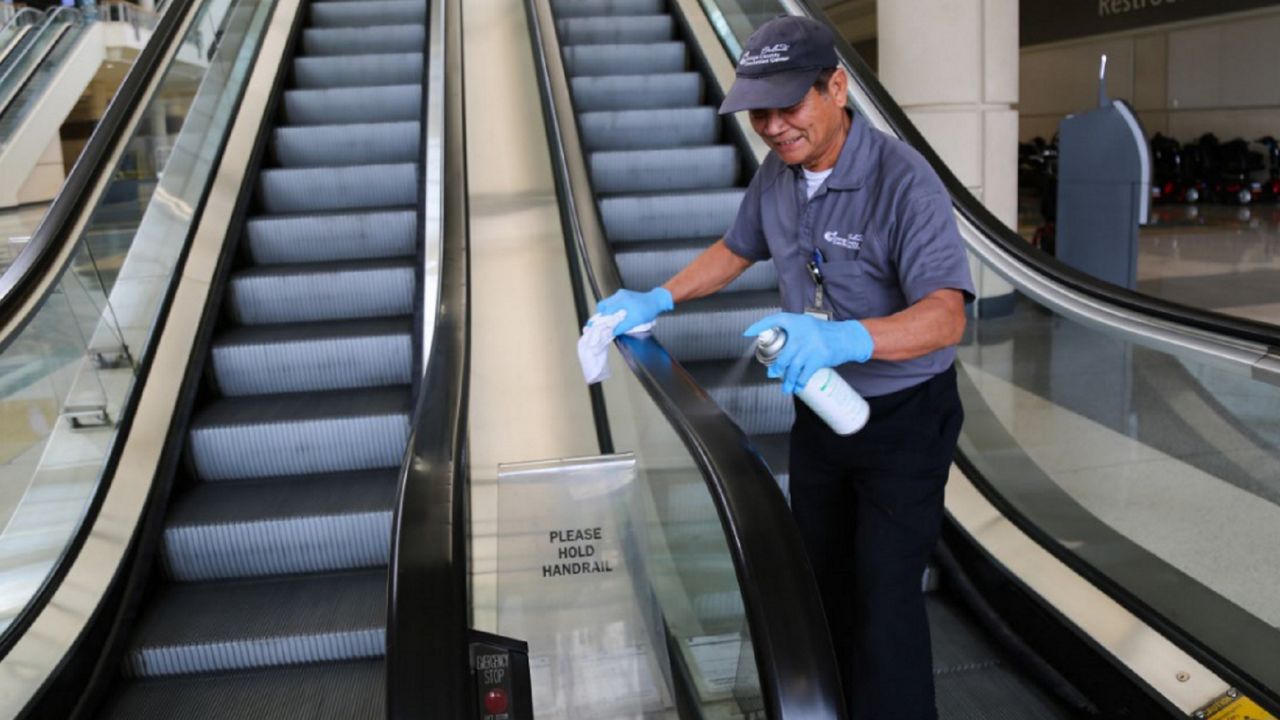 With Millions on the Line, Orange Convention Center Prepares for Events to Return

ORLANDO, Fla. — These days, Nikhil Nandu spends his time logging merchandise, tallying what sells and what doesn’t in a gift shop started by his father and mother, 30 years ago today.

“They both came from India originally, dropped out of college together, got married, came to Florida and started their first store," Nandu explained. “Growing up, I kind of just ran around. It was all fun to me. It’s all Disney and stuff, so it means a lot.”

But, since March, AMS Gifts on International Drive has been closed, along with the family's five other gift shops, a pub and mini-golf down the street. They're still waiting on PPP funds that they applied for weeks ago.

“The tourism and hospitality industry has probably been one of the hardest hit," said Mark Tester, Orange County Convention Center's executive director.

Originally from Chicago, Tester came to lead the OCCC in February from Austin, TX, after running their convention center for 12 years​. He's looked at what has happened over the last few weeks as somewhat of a trial by fire.

“Going up and down International Drive, it’s so much different than when I got here," he said. “This is the largest work stoppage in the history of the convention and trade show industry, there’s no doubt. It’s very extreme.”

The Orange County Convention Center has had 25 conventions canceled since March. That amounts to $637.9 million in economic impact lost.

The convention center said roughly 50 percent of events have rescheduled for later in the year, or for upcoming years. But if they lose those events as well, it’ll mean another $425.7 million in economic impact lost.

That totals more than one billion dollars that the area would not be seeing.

They have also partnered with Orlando-based company Violet Defense to use UV-spectrum light machines to provide extra disinfection of rooms in an effort to assuage conference goers' fears that they'll get sick.

“Face to face meetings aren’t going away. There is a real need to touch and feel and network, so I’m very optimistic about the convention and trade show industry," he said. “Conventions will be back, hopefully in full force, by this fall.”

One of the convention center's first rescheduled events is the AAU girls volleyball national championship in June. Tester said that event leaders plan to check coaches' and players' temperatures, among other safety procedures.

Nandu said that his family's businesses will remain closed until more tourists return to Central Florida and frequent International Drive, as they did in the past.

“I think that once people feel safe again to travel, then we’ll see everything turn back around," Nandu said. “We won’t be opening until I think it’ll be profitable for us to open again. And I think until the parks reopen and tourism comes back to Orlando, it’s going to be hard.”