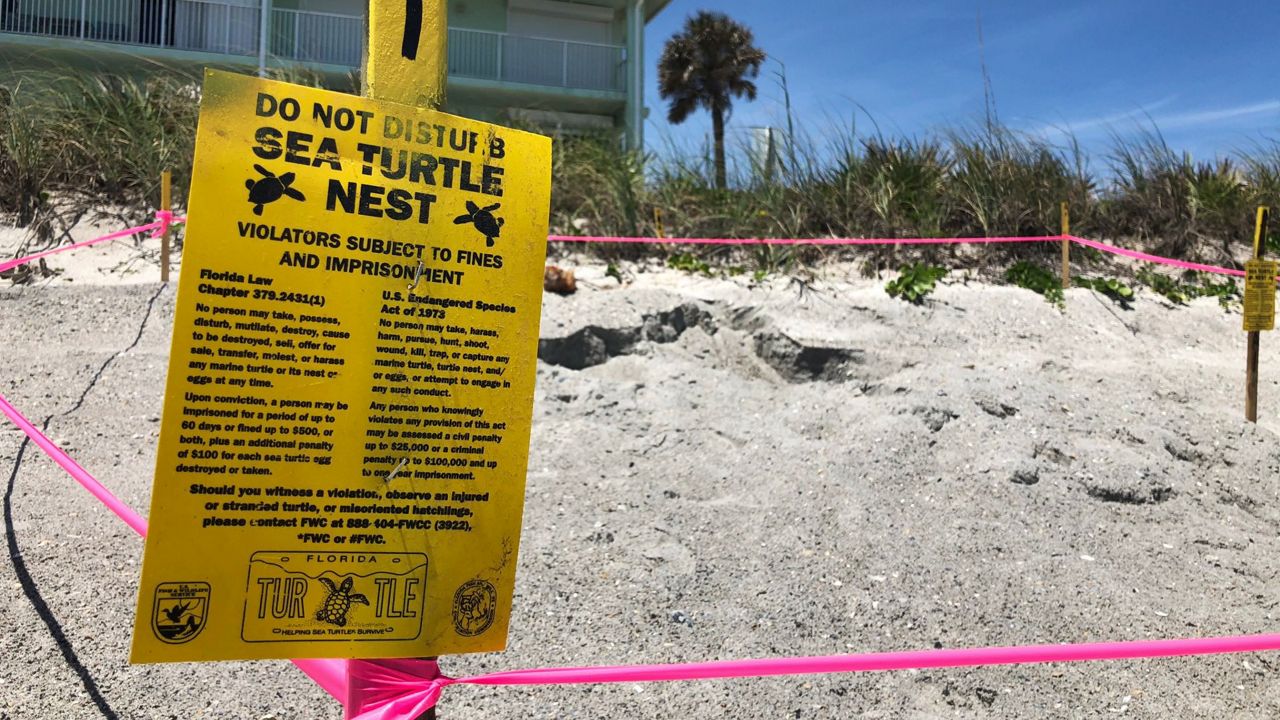 BREVARD COUNTY, Fla. — In the fight against coronavirus, the world has taken a pause and in that interim, wildlife has flourished. That includes sea turtles in Brevard County.

With the backdrop of Earth Day, celebrated each year on April 22, here's five things to know about the unexpected benefits for wildlife:

Environmentalists are already seeing and marking Loggerhead nests in Indian Harbour Beach, which is slightly early in the season for that type of turtle. 3. Less obstacles: There are several reasons why environmentalists say this could be. While warmer temps may play a role, fewer people on the beaches have led to a reduced amount of plastic, trash and beach furniture which serve as obstacles for nesting sea turtles.

In addition, curious beachgoers have stayed home and not strayed onto the beaches, flashlights in hand, to search for nests.

4. Worldwide effect: But, it's not just in Brevard County — and it's not just sea turtles: Wildlife all over the country and world have be active in the COVID-19 pause period, from deer seen roaming an Ohio college campus, to kangaroos spotted hopping down the streets of Adelaide in Australia.

5. Long-term impact: Closer to home, environmental experts say that it's too early to determine if restricting access to beaches for a few weeks made a long-term impact on our sea turtles.

The nesting season in Florida for Leatherbacks, Loggerheads and Green Turtles runs from around March to August, with an incubation period sometimes through the fall or winter months.