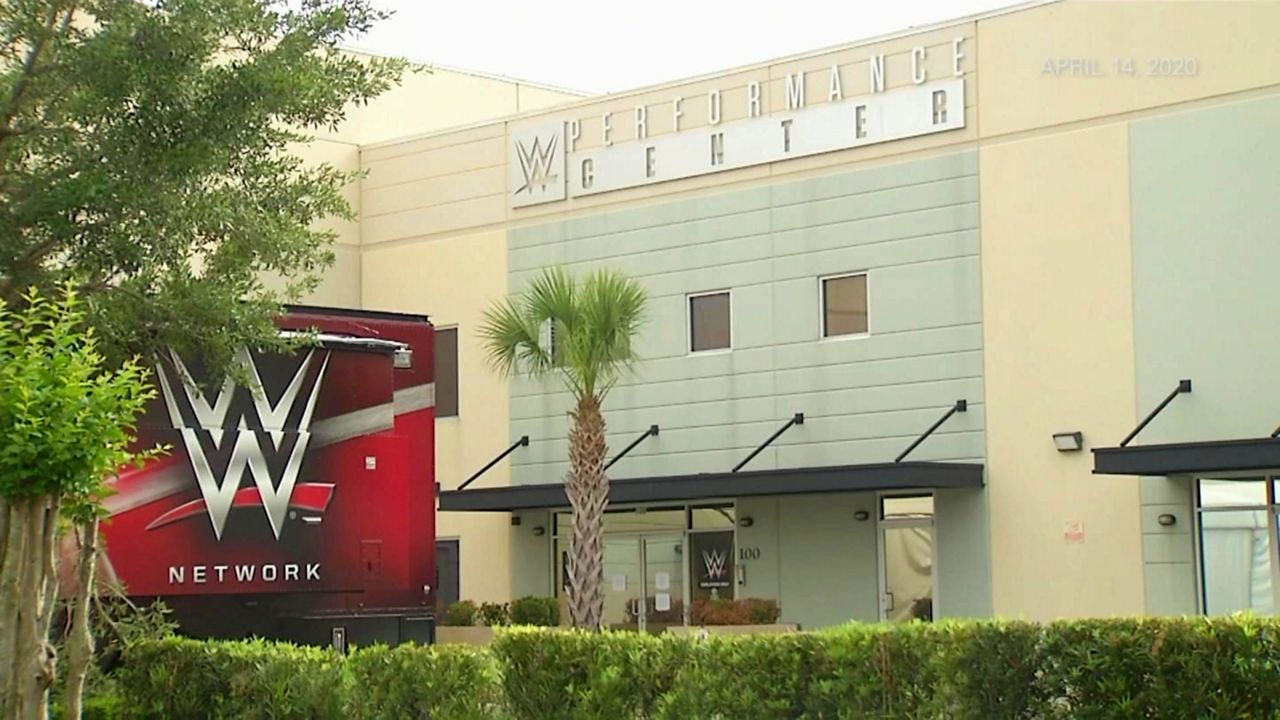 ORLANDO, Fla. — A lone public comment at an Orange County Commission meeting is putting the health and safety of WWE workers in the spotlight.

At the commission meeting Tuesday, the comment came from someone who identified as a WWE employee. He asked the government to shut down WWE tapings over the lack of social distancing.

A record keeper read the following public comment from someone claiming to be a WWE employee:

“This is from a speaker named John. My employer, World Wrestling Entertainment, aka WWE, is forcing me to work the TV tapings for its weekly shows despite stay at home orders for coronavirus. I am unable to speak out as I need this job and I know I will be fired if I approach my higher-ups. Despite sanitary precautions, we cannot maintain social distancing and have to touch other people. We request the government to shut down these tapings and enforce the stay at home orders so my colleagues and I can follow social distancing rules without fear or repercussions of losing our jobs.”

I just spoke w/owners of 2 businesses near one of @WWE Orlando filming facilities. One owner is very concerned- says he’s seen employees not practice social distancing. Other owner telling me everyone’s trying to make a living. He’s ok w/shows- as long as they don’t go near him. pic.twitter.com/ZsfDA2ddcn

Just over a week ago, WWE live television returned with “Monday Night Raw” at the Performance Center in Orlando.

While WWE shows are held without an audience, many talent and staff fly into Orlando for these events.

On April 9, DeSantis amended the order to include “employees at a professional sports and media production, including entertainers with a national audience” as an essential service.

.@WWE "These accusations aren’t true. Employees know they can confidentially go to [HR], not the public. Notwithstanding the appropriate protocol, no one would be fired if they were uncomfortable with their surroundings. We’ve made accommodations for individuals upon request." https://t.co/ttCGdhmdDI

A WWE spokesman sent a statement reading in part, "These accusations aren’t true. Employees know they can confidentially go to Human Resources, not the public… no one would be fired if they were uncomfortable with their surroundings. We’ve made accommodations for individuals upon request."

WWE also told Spectrum News social distancing is practiced outside of its performances, and the company has recently adjusted its production schedule to minimize travel.

We spoke to the owners of two businesses near WWE’s filming facilities. One of the owners said he is very concerned, especially since a lot of the staff fly in from around the country and don’t practice social distancing.

The other owner said this is just business, and he’s not worried as long as they stay far away from him.

According to paperwork we obtained from the Orange County Sheriff’s Office, since April 8, deputies have responded to five calls for service at the Performance Center in Orlando.

“If business is open, they are not in compliance with the executive order. They will need legal paperwork showing they are essential.”

The paperwork goes on to say, “Spoke with the Security guard… he advised that the business is never open.”

On April 13, the day Monday Night Raw returned, deputies received two calls for service at the Performance Center involving “COVID-19” and gatherings of more than 10 people.

Paperwork indicates deputies were “advised WWE received an exemption by the state, referred any questions to the Governors’ Office.”

We asked Orange County Mayor Deming’s Office about the public comment. A spokeswoman replied, “Mayor Demings will not be commenting any further on the WWE and its operations. This is a state matter.”

Spectrum News also contacted Gov. Ron DeSantis’ Office to inquire if they plan to reconsider WWE shows because of social distancing concerns. We did not receive a response before our deadline.