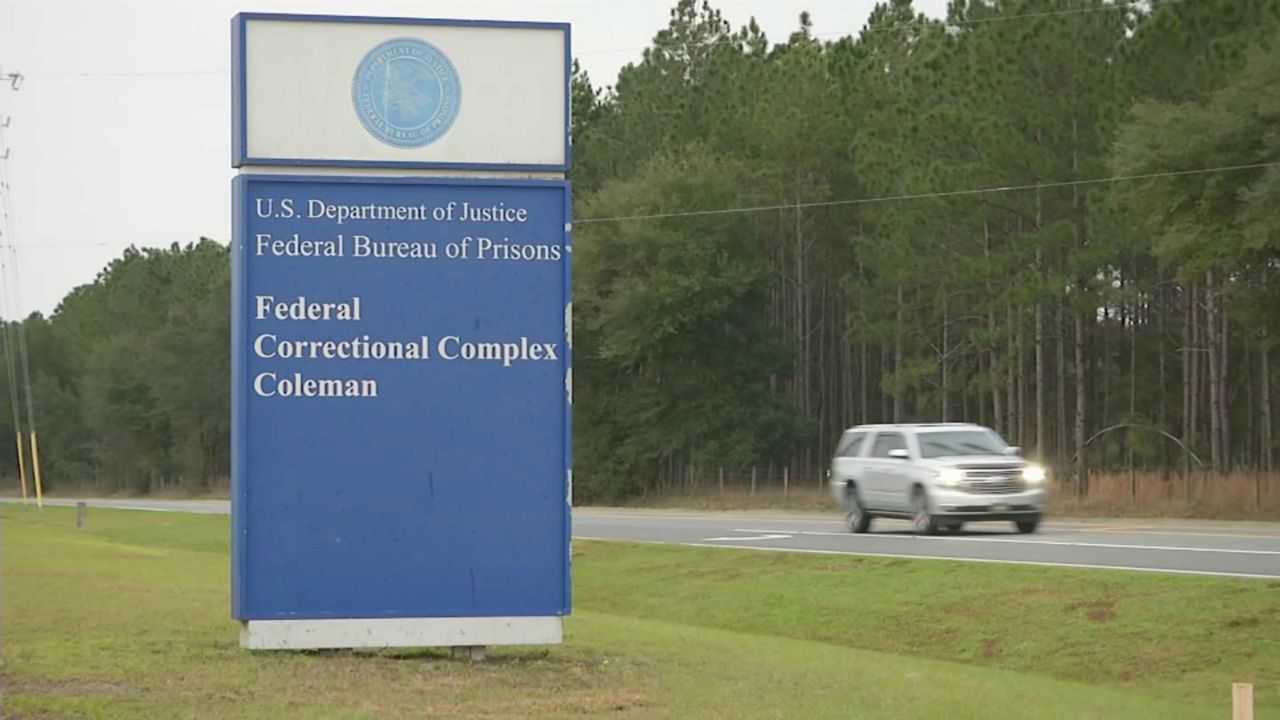 The Federal Correctional Complex at Coleman in Sumter County has officially reported one case of COVID-19. (Spectrum News file)

ORLANDO, Fla. -- The Bureau of Prisons' records indicate at least one inmate and one staff member at the Federal Correctional Complex in Sumter County have tested positive for COVID-19, but internal memos obtained by Spectrum News show it might be worse.

Three memos sent to staff at the Coleman complex on April 8 and April 10 detail “a newly confirmed case of a staff member with COVID-19” at three separate prison facilities.

Two independent sources with personal knowledge of the situation have verified to Spectrum News the authenticity of the memos.

Families of inmates and a prison staff union representative are now calling for greater transparency and better communication.

Jose Rojas, the Southeast regional vice president for the Council of Prison Locals, says the Bureau of Prisons has been slow to report positive COVID-19 cases within the prison system.

Spectrum News 13 reached out repeatedly to the Bureau of Prisons about the number of COVID-19 cases at Coleman. A spokesman declined to answer, saying, “We recommend you visit the (web)site frequently.”

As of 8 p.m. Monday, the website indicated one staff member and one inmate at the Coleman-Low facility tested positive.

A BOP spokesman say it's reviewing all inmates who have COVID-19 risk factors to determine which of them are suitable for home confinement.

Beverly Humphries, whose sister is an inmate at Coleman-Low, wants an independent investigator to look into COVID-19 concerns and conditions at Coleman. She says her sister hasn't received any information about the possibility of home confinement.

Marc Brodeur, whose wife was recently transferred back to Coleman, was told she is not eligible for the first wave of home confinement.

Brodeur’s wife is now in quarantine with other women who have also transferred -- another concern for families and staff.

“My concern is people coming in from other facilities," Brodeur said. "If they haven’t been properly quarantined, that is opening up the door for the spread.”

Rojas told Spectrum News 13 that the union is reaching out to leaders in Congress.

After a prior letter went unanswered, Democratic U.S. Reps. Val Demings of Orlando and Debbie Mucarsel-Powell of South Florida issued another joint letter Monday addressed to U.S. Attorney General William Barr and others, calling for answers when it comes to safety for prison staff and inmates during the pandemic.

Demings sent that first letter two weeks ago to Barr asking for answers by April 7. Those answers never came.

According to the BOP website, as of Monday afternoon, 352 federal inmates and 189 staff across the country have tested positive for COVID-19. Ten inmates have died.