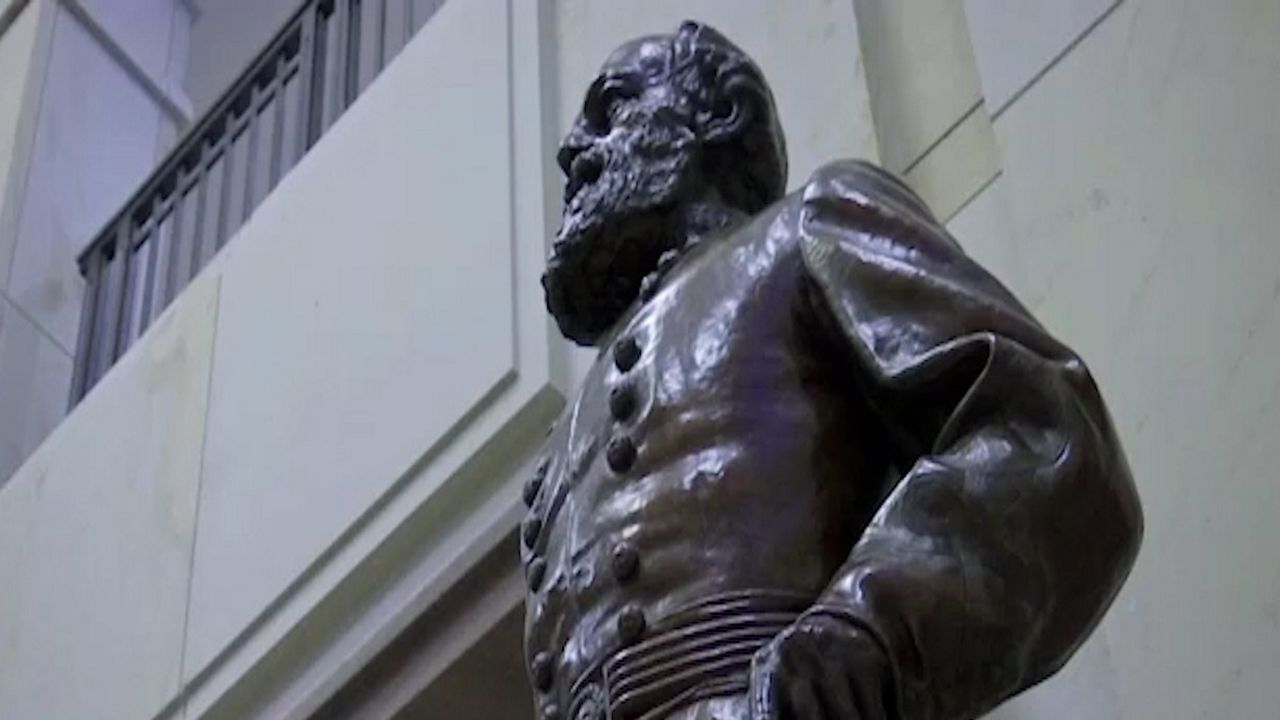 TAVARES, Fla. — Hundreds of people have been speaking out against the relocation of a statue of a Confederate general to the Lake County Historical Museum, saying it reeks of racist intentions.

The curator insists that’s not the case.

The Smith statue is one of two statues in Washington, D.C., representing notable Floridians. Following the deadly white supremacist rally in Charlottesville in 2017 and nationwide fights over Confederate statues, state legislators chose to replace it with a statue of civil rights activist Mary McLeod Bethune, the namesake of Bethune-Cookman University.

“I think everybody, even those who think (the statue is) being brought here for negative purposes, will understand when they see the exhibit, it’s actually a good learning experience, because our children that aren’t even born yet are going to want to know our history,” said museum curator Bob Grenier. “And if people start erasing it, if people start destroying it, if the books are being rewritten, those youngsters in our future are going to want to know.”

“To me it’s just a symbol of the racism and the form of slavery that was done to the African American people,” said Michael Watkins, a Lake County pastor who has helped lead the movement against the statue going to the county’s historical museum.

Watkins feels the statue has no place in a taxpayer-funded museum — especially in Lake County, which is home to the Groveland Four.

“African American families and members of families know about what happened in this area, and they were frightened to death for years,” Watkins said.

He helped organize a rally against the statue over the summer, marching with more than 250 people down Main Street in Tavares, where the museum is located.

Grenier argues Smith did a lot for the state of Florida, from his time as a botanist and professor. Grenier plans to put plaques around the statue to give context to his life.

“From the family, from talking to his descendants, from reading letters… he was not a man that believed in slavery,” Grenier said. “He was not a hurtful guy. He was a Christian man.”

Watkins sees that as revisionist history.

Grenier hopes to install the statue next summer.

Watkins, meanwhile, is pursuing legal action and another protest.