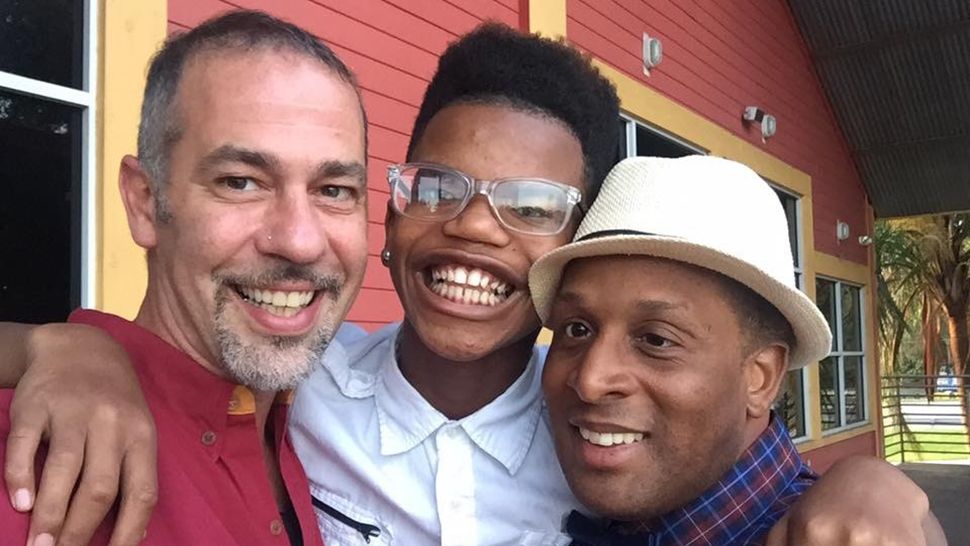 ORLANDO, Fla. — Sitting on a bench by Lake Eola in downtown Orlando, Gerald and his son, David, work on their father-son bond.

Spending time with a father is still new for 15-year-old David, who only came into Gerald’s life a year and a half ago.

"He found us, and I think we were the ones that were truly blessed," Gerald Wagner-Young said.

David is now adopted, but during his childhood, he experienced neglect and abuse.

"I am not used to having a stable family," David said.

From the age of 6, David has lived with seven foster families and has been in and out of three group homes.

Wagner-Young understands the struggle kids in foster care feel: the feeling of not being wanted.

"My story is a little bit different; I was adopted myself," he said.

David also identifies as gay, which he said added more stress to being in foster care.

"There are so many children in the foster care system that identify as LGBTQ, and it can be really difficult to find families who are accepting of that, and willing to accept them into their hearts and homes," said Danielle Levien with Embrace Families.

But for Wagner-Young and his husband, Steven, ensuring that David is loved no matter what has been the most important thing.

"We are not here to change him, we are just here to love him," Gerald Wagner-Young said.

So this Father’s Day was special for the family, because it’s one of many to come.

"Mother’s Day and Father’s Day, we both play that role for him, so I guess we get two days," Gerald Wagner-Young said.

"I can see the impact that they have had on my life, like it was great," David said.

There are currently more than 700 children being helped by Embrace Families who not able to live in their homes because of abuse and neglect. To learn more about adoption and foster care visit embracefamilies.org.