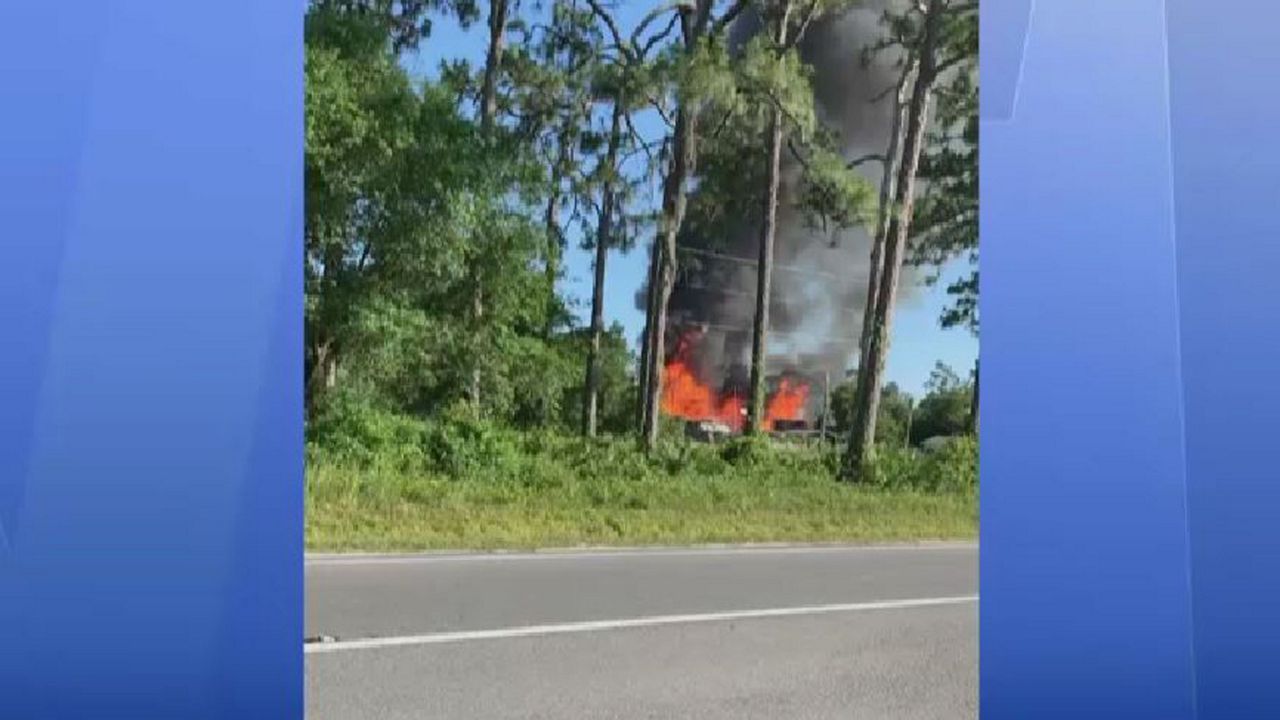 DELAND, Fla. — Dozens of firefighters from multiple agencies battled a structure and brush fire that has destroyed property and burned 10 to 15 acres in Volusia County Friday.

First responders shut down State Road 44 near DeLand for several hours as crews had firehoses running across the street.

Division Chief with Volusia County Fire Nicholas Castelli says at one point, around 60 first responders from at least six different agencies were on scene working together to battle this fire.

Cell phone video we got from someone who drove by the fire earlier Friday shows huge flames coming from a pallet storage facility where the fire started.

Just got this cell phone video from someone who drove by the fire earlier. Firefighters tell us the structure is a total loss. @MyNews13 pic.twitter.com/lQ1RglHlfV

And that fire sparked a large brush fire around it which fire crews will be monitoring throughout the night.

The storage building was a total loss. But Castelli says firefighters were able to save nearby buildings.

Castelli says the conditions are ripe for brush fires.

“What I can tell you with 20 years of experience is, it is very hot conditions right now, we have not had a lot of rain, the smallest spark the smallest ember, there’s so many factors that can cause fires like this,” Castelli said.

Got a little closer to the scene you can see fire crews and a lot of smoke in the air here. @MyNews13 pic.twitter.com/MuFDrBXcpo

Castelli says there were no injuries reported, but he said they haven’t surveyed all the damage yet, so he’s not ruling out any loss of life.

He urged people not to burn trash or anything else until Volusia County sees more rain.