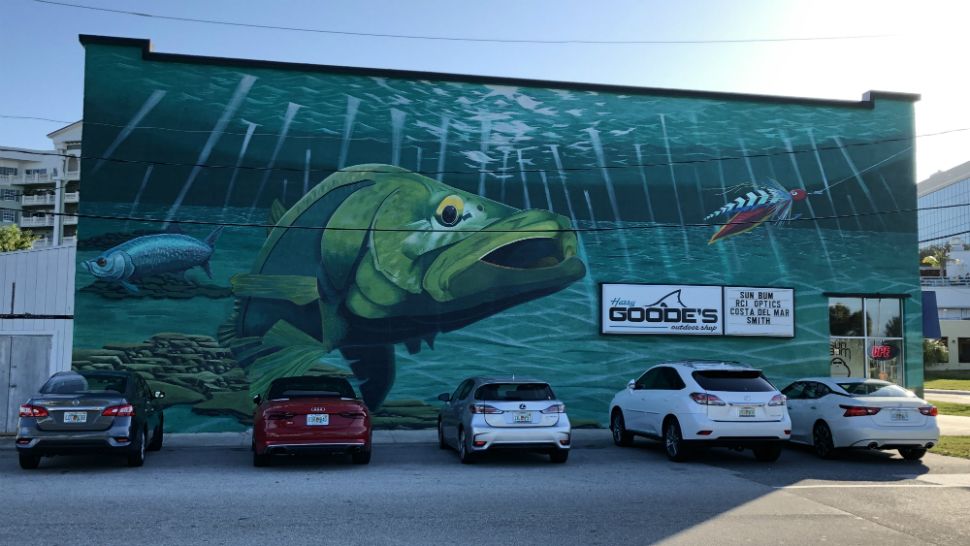 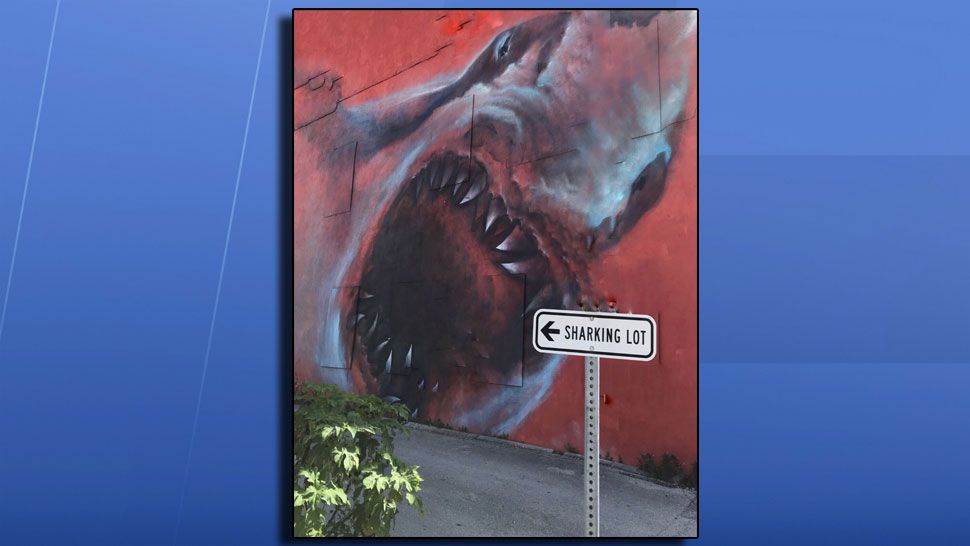 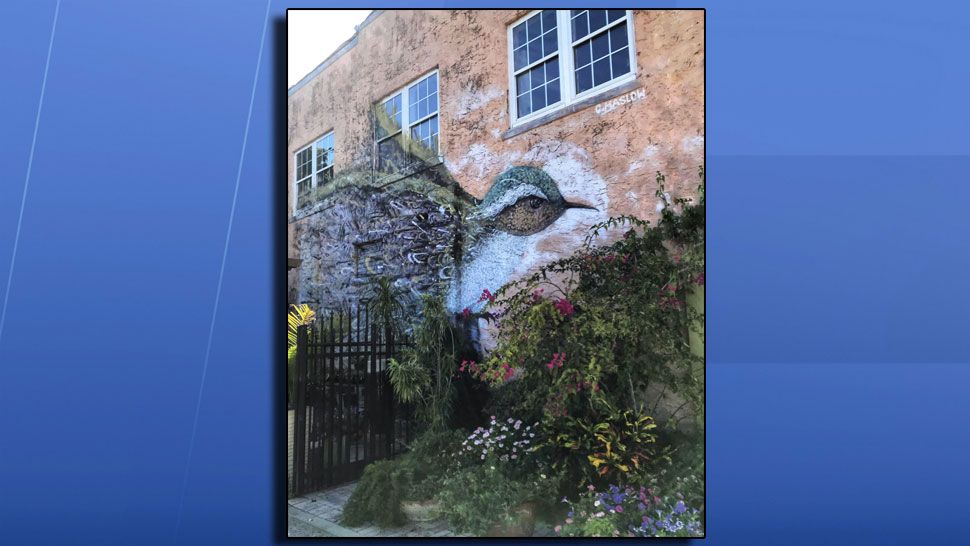 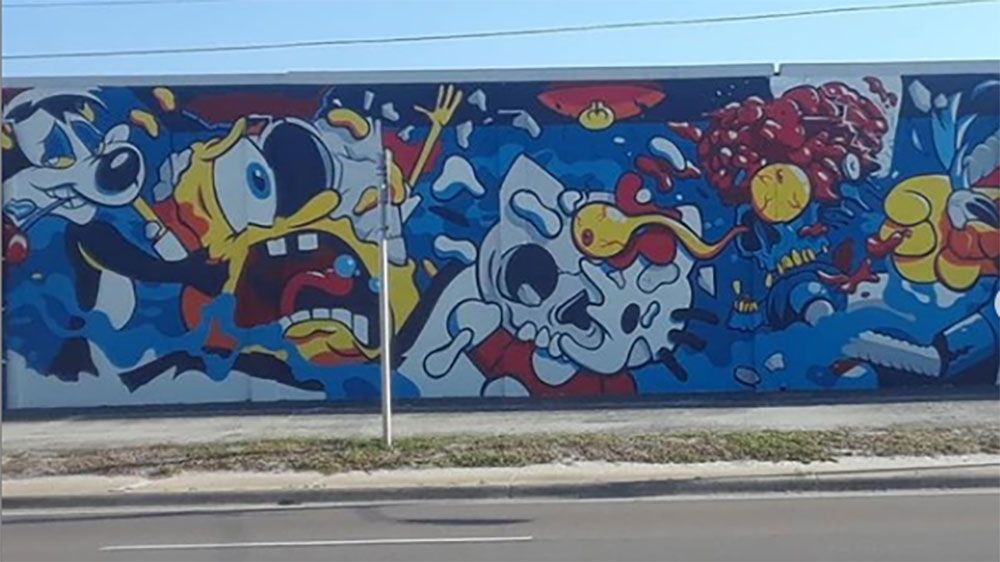 4 of 12
Murals of the Eau Gallie Arts District
"Guernica Deconstructed," a controversial mural along Cypress Avenue in Melbourne. (Spectrum News) 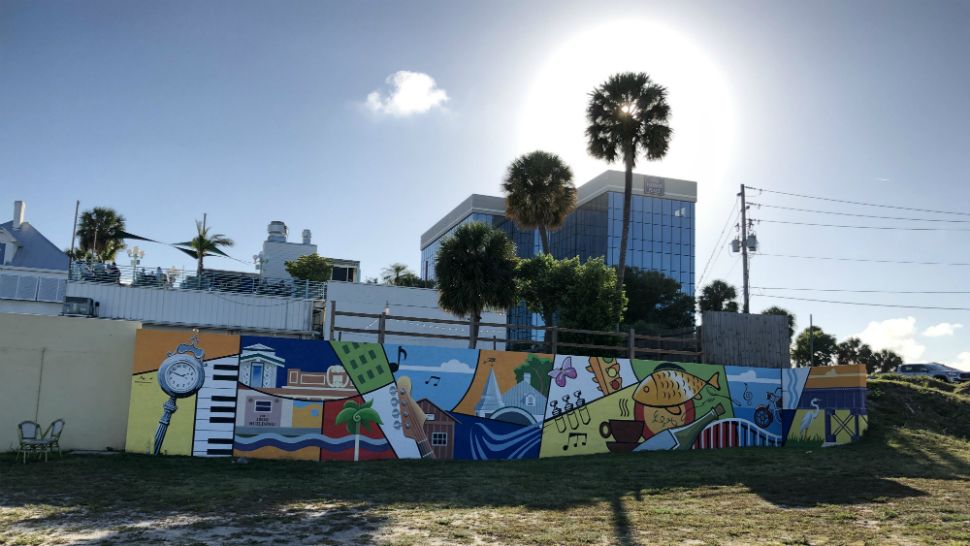 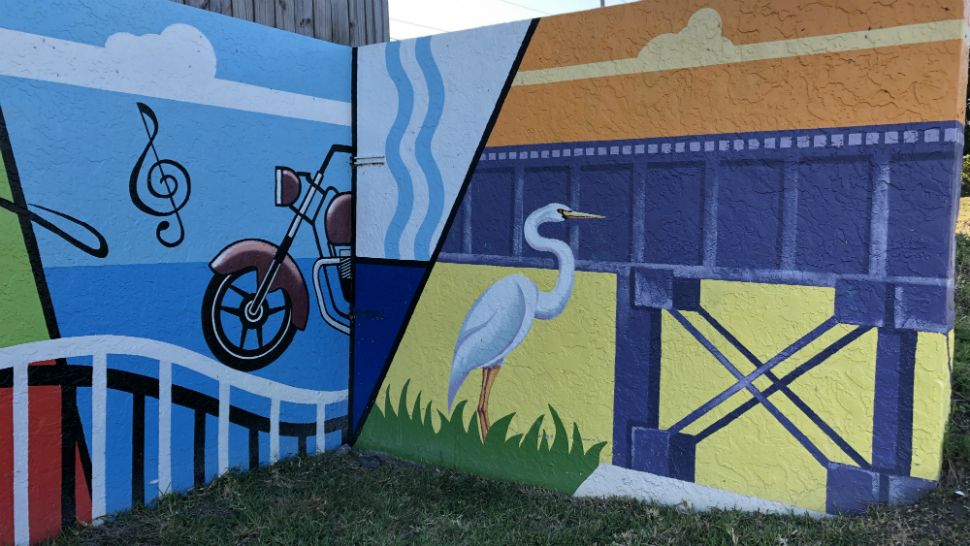 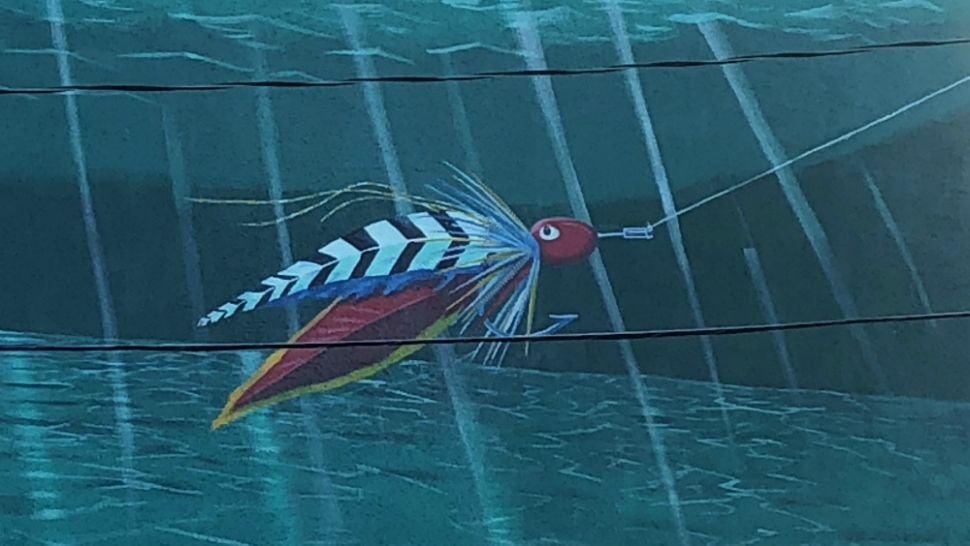 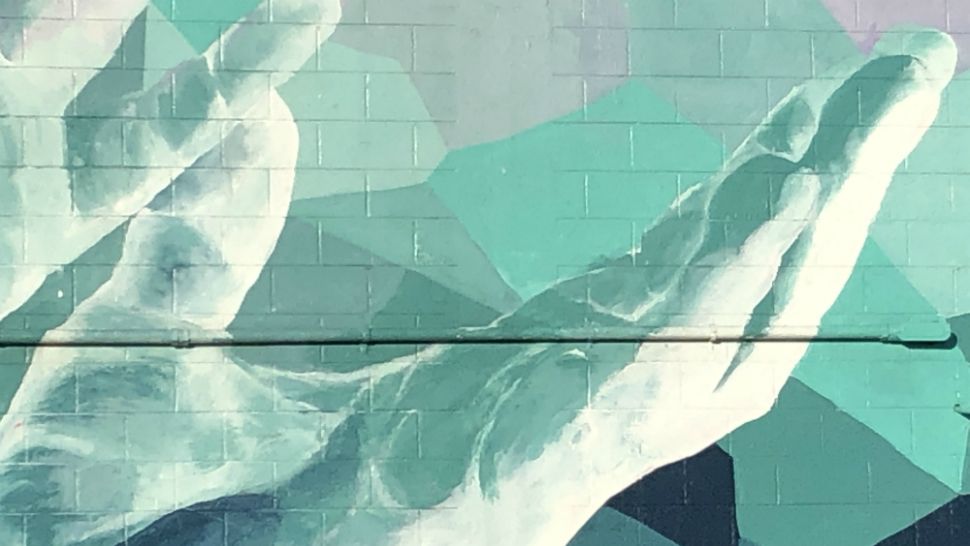 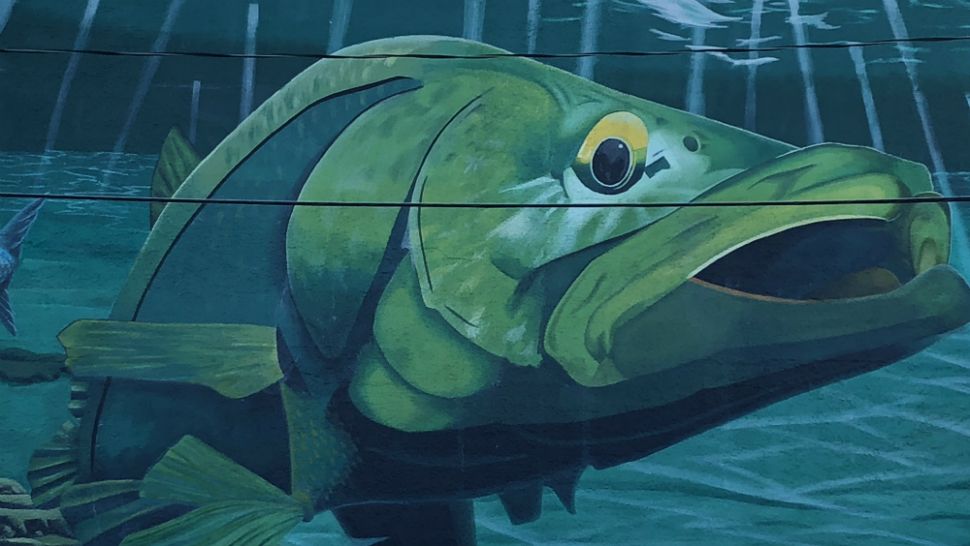 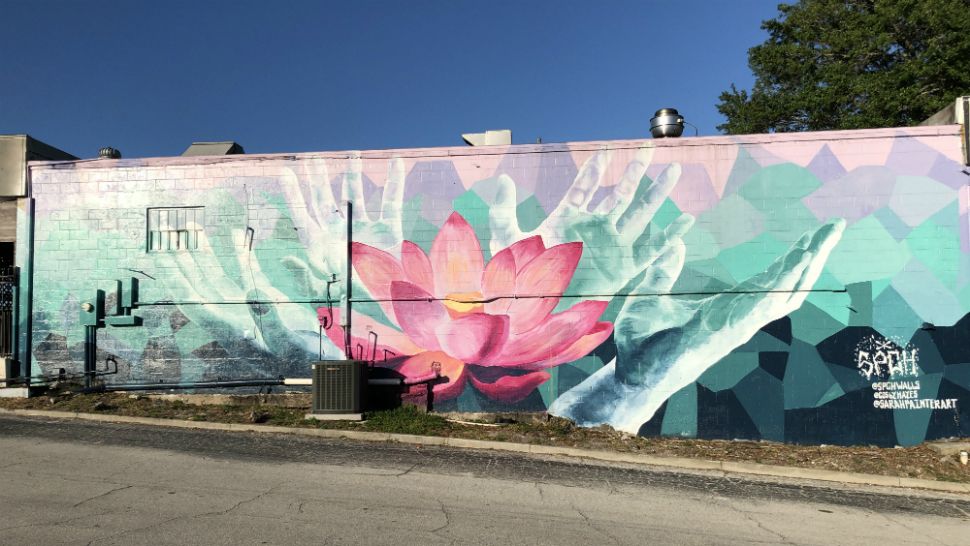 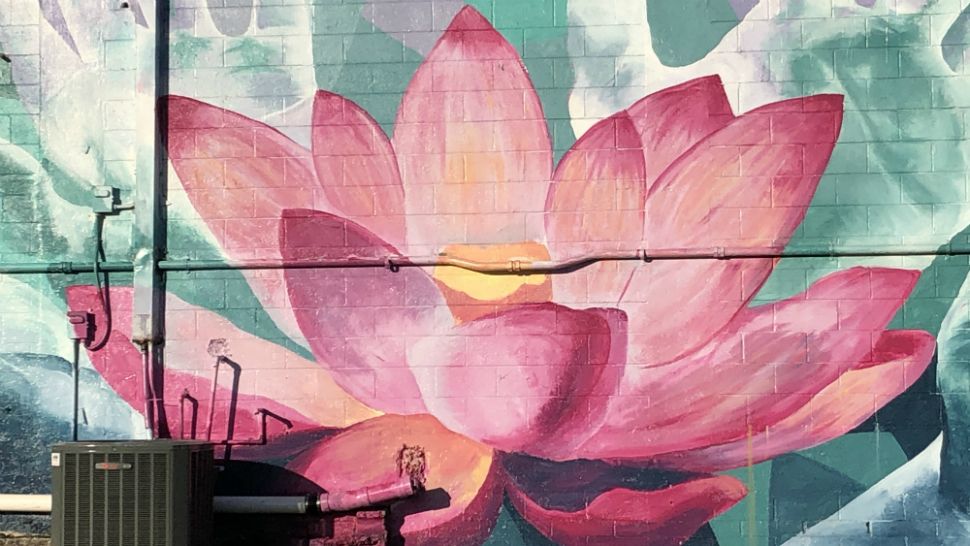 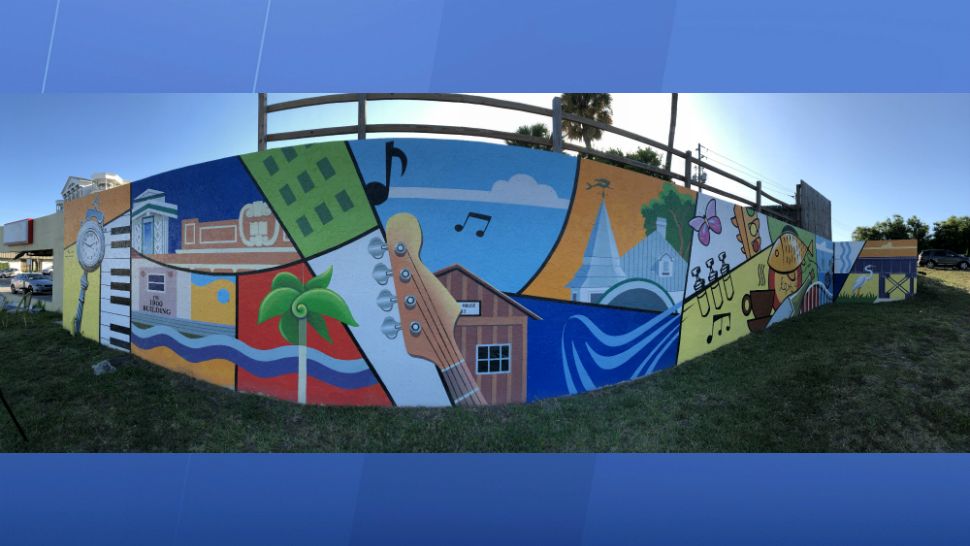 MELBOURNE, Fla. — When communities talk about revitalizing things like downtown areas, art always seems to be part of the plan.

That’s the case in Melbourne, where the Eau Gallie Arts District Main Street is located.

The district was created in 2010 in the area around Eau Gallie Boulevard. Executive Director Lisa Packard said the project started with little money.

“Being an arts district, we wanted to bring art to the public who might never enter an art gallery or museum,” Packard said.

The district started what Packard called the Outdoor Art Museum with just a few murals. In 2017, the district executed a major expansion, with 31 murals installed over a week’s time.

Many of the murals are painted by nationally or internationally-known artists, but some are the work of artists based in Florida as well.

The pieces are meant to be “museum quality,” according to Packard.

Some of the works have been controversial. A mural by a Los Angeles-based artist was inspired by a Pablo Picasso painting and features mutilated cartoon characters. Some Melbourne City Council members accused the artist of not painting what was supposed to be painted and tried to get the mural removed last year.

In the end though, the city decided to keep it.

Packard says when it comes to the murals, popularity and approval were never the goal.

“Some are controversial, but art should stimulate conversation,” Packard said.

The art is also an incentive to get people to visit the district’s monthly events, including First Friday art walks, vintage markets, book readings, and more.

To learn more about the Eau Gallie Arts District, including the businesses and galleries there, head to the EGAD website.