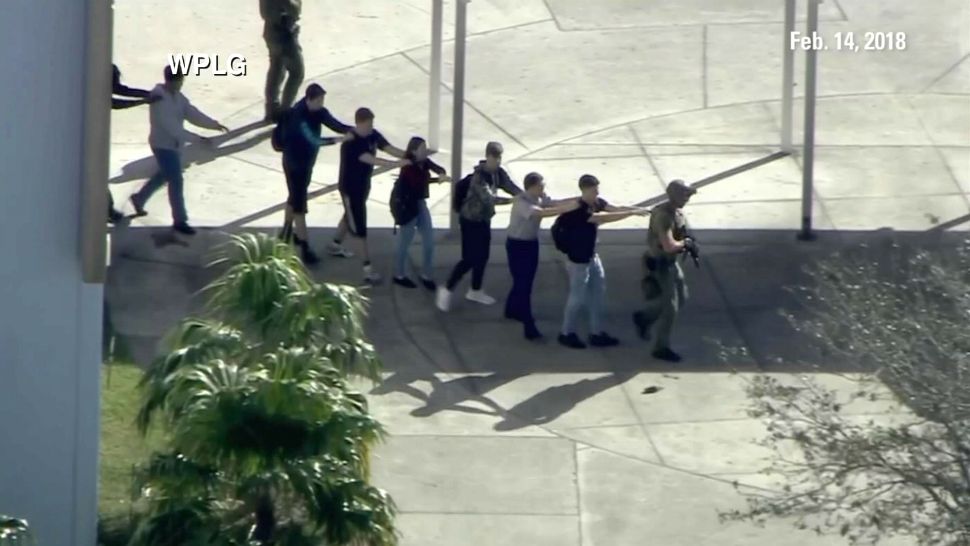 Three-hundred-fifteen days ago, Nikolas Cruz, 20, walked in to Stoneman Douglas High School and started firing. Seventeen people died, and a number of others were hurt. (File photo)

How the Parkland Mass Shooting Catalyzed Change in 2018

FLORIDA — The Valentine's Day massacre at Marjory Stoneman Douglas High School in Parkland is at the top of the Associated Press's list of stories for 2018.

Much has happened in the days, weeks and months after the shooting. One of the big things we saw was the huge student movement calling for change. There was also the evolution of the Marjory Stoneman Douglas Public Safety Act and the Public Safety Commission.

Three-hundred-fifteen days ago, Nikolas Cruz, 20, walked in to Stoneman Douglas High School and started firing. Seventeen people died, and a number of others were hurt.

"Because the response from Parkland was one of defiance," Torres said.

The massacre didn't bring people the community to their knees — instead, it brought people to their feet, marching across the state and nation calling for change.

"You saw Parkland students, Parkland parents; they were on buses to Tallahassee, to Washington, to get in the face of lawmakers," Torres said.

Talk started as well about letting teachers and school staff have guns.

"The legislature put everything aside, and they sat down with everyone involved and (asked), 'What can we do to prevent this from ever happening again?’" Torres said. "The response was faster than we've ever seen — unfortunately faster than all the other responses that we've seen with many tragedies that we've seen in recent years."

There were also a lot of changes within the Broward County Sheriff's Office. Almost 1,400 deputies finished eight hours of additional active shooter and rescue task force training, and all Broward School Resource Officers attended a week of training and carry/qualification training.