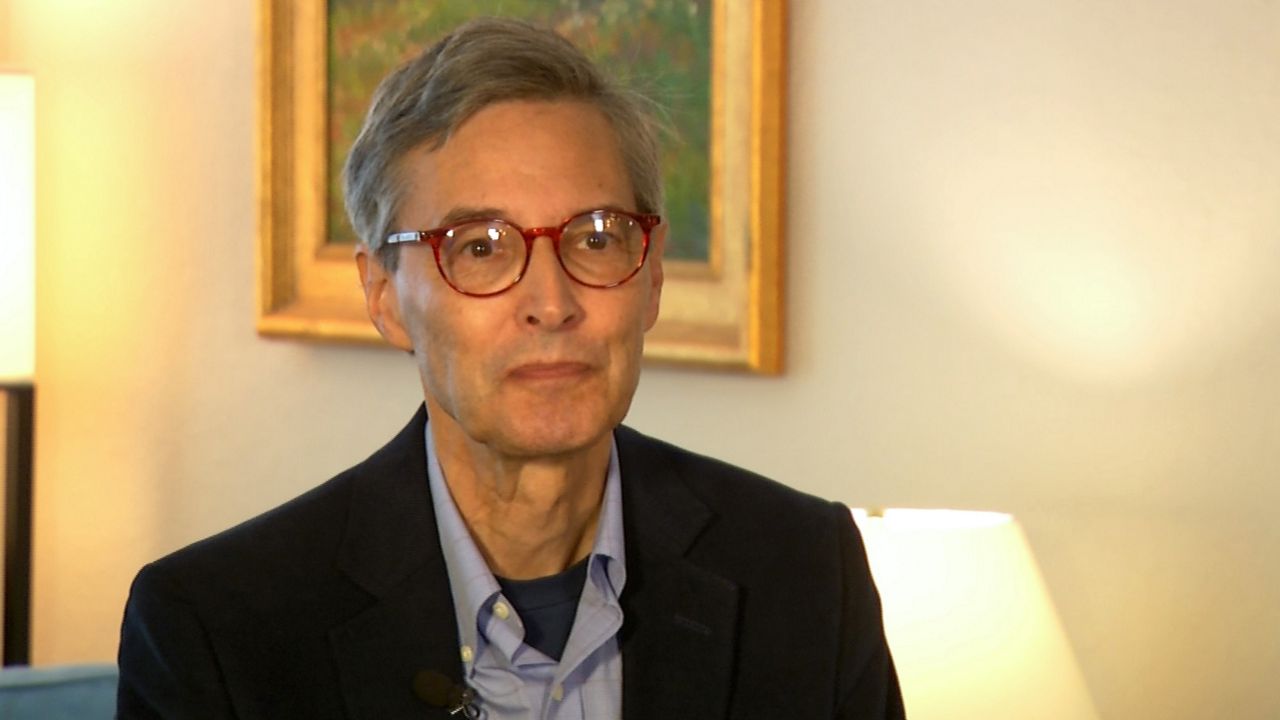 Charlie Young, a retired doctor in Orlando, was arrested on December 26, 2017 for a DUI charge. The charge was ultimately dismissed due to medical evidence, and the case never went to trial. (Spectrum News image)

ORLANDO, Fla. — A day that haunts Charlie Young is December 26, 2017. In a red folder, there is a series of documents that include a work review, months of court filings, medical records, and finally the dismissal of DUI charges.

Young is an ophthalmologist, and last December worked for the Orlando VA Medical Center.

He had volunteered to work the day after Christmas, but when he got to work that day, he said he didn’t feel well and became disoriented. Staff supported a decision for him to go home and they even helped him get to his car.

“They said, ‘Do you feel like you will be OK to get home?’ And I only live a couple miles from where I work, and I thought so,” Young said. “One of (my coworkers) walked with me to the car to kind of see whether they thought I was OK. They thought I was OK to go.”

But he was not — Young hit another car and was arrested for DUI by an Florida Highway Patrol trooper. The DUI was not for alcohol, instead the arresting trooper believed his disoriented behavior was because of prescription drugs, which Young admitted to have taken the day before because he suffers from neuropathy.

“I never would take those drugs on the day I was working. It has a short half-life, runs out of your system in four to six hours — low dose stuff,” Young said.

Young complied to a breathalyzer and blew zero each time. He also did a urine test, and FHP said the results showed he had hydromorphone in his system. It is the same prescription drug Young takes for his neuropathy.

FHP told Spectrum News that they did not send the urine sample to be quantitated, because this was a misdemeanor DUI charge.

Troopers said in fatal crashes where drugs are positive in the driver’s system, they would have sent it to the University of Florida for analysis, of whether the driver was operating a vehicle with the drug within or over a therapeutic range.

FHP maintains Young showed definite signs of impairment that day. Officials explain that when a trooper makes a DUI arrest, they base that arrest on the driver’s appearance and driving pattern (or if they have caused a crash), and the trooper will evaluate that driver for signs of impairment.

FHP also says they want people to know that they can be charged with DUI, even if they are legally taking a prescribed medication. When a trooper makes a DUI arrest, they base that arrest on the driver’s appearance and driving pattern (or if they have caused a crash), and the trooper will evaluate that driver for signs of impairment.

A blood sample nor a medical evaluation was never done during his arrest, which was a problem for Young. He firmly believes his disorientation that day was from a medical event and not his prescription.

“(It was) most likely a type of ischemic vascular event that causes temporary amnesia,” Young said. “Considering how disoriented I was, and that I have no memory of it.”

Young was checked by three doctors, who all believe he suffered from an ischemic event too. To add to this, those same doctors checked his system for any drugs as well.

“They had me evaluated by their neurologists. They did their own independent drug testing, which was a day later I guess, but (it) showed absolutely no evidence of any legal or illegal medications,” Young said.

That evidence is what that led to the case never going to court and the charges being dropped. But that day keeps coming back for Young.

“People today look you up, and they Google you. And if they find out what they can about you, and what they found out about me didn’t look very good,” said Young.  “Once it goes out there, you can’t get it back. It’s got a life of its own.”

“We have an opioid crisis, but we also have an aging population, and I think it behooves our first responders to keep that in mind,” Young said.

Young did return to work at the VA after they did their own investigation, and they also did not find drugs in his system. He returned to work in a research role, but then chose to retire in August 2018 to enjoy retirement life.