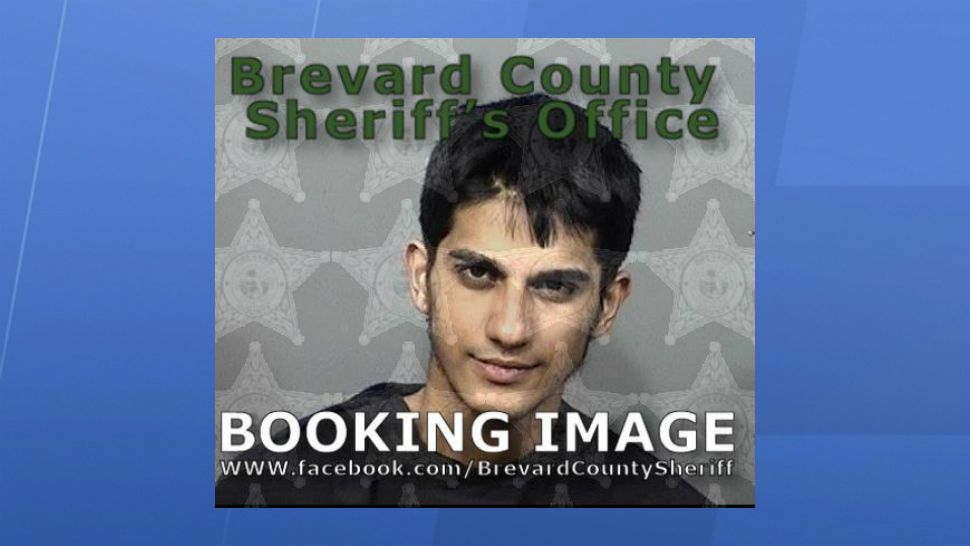 1 of 2
Student pilot accused of breaching security
Flights were grounded for hours after 26-year-old Nishal Sankat (pictured) made his way onto an American Airlines plane.
(Brevard County Jail)

MELBOURNE, Fla. — A student pilot breached security at Orlando Melbourne International Airport and boarded an aircraft, bringing the airport to a halt for hours early Thursday.

Federal officials with the FBI and a Joint Terrorism Task Force are investigating the incident along with local law enforcement.

Flights were grounded for hours after the 26-year-old man, later identified by airport officials as Nishal Sankat, made his way onto an American Airlines Airbus A321 jet.

During a news conference, airport officials said the student pilot parked his red car outside the terminal entrance at about 2 a.m., jumped a fence and ran into a maintenance facility on the other side of the airport.

He then entered the aircraft, which was not in service, officials said. They weren't sure whether there was fuel in the plane.

Update: This picture of Nishal Sankat's drivers license was provided by @FlyMLB to us. @MyNews13 pic.twitter.com/oz2Ph4hlzG

Two employees, a technician and a supervisor, quickly spotted the student pilot and brought him down.

"When they approached him, and he did not answer accordingly, (so) they tackled him," airport spokeswoman Lori Booker said. "They brought him down in the cockpit, and they wrestled him down to the hangar."

While one of the workers went to call airport police, several others tried to restrain the student, who escaped but was quickly recaptured.

"I was in shock, because it was a college student and he was doing something this bizarre," passenger Nancy Fuller said.

Airport officials didn't identify the others who helped the airport workers capture and hold the student pilot, but "it appears that we have four heroes among us at Orlando Melbourne International Airport," Booker said.

Booker didn't say whether the student pilot had a weapon, and officials didn't know what his motives were.

Florida Institute of Technology on Thursday afternoon confirmed that the student pilot was a part-time FIT student studying aviation management who had completed some flight training in the past. The Melbourne, Florida school said the man was a native of Trinidad and Tobago, and Booker said he'd come to the U.S. through Canada. FIT declined to release any other information but said it was collaborating with authorities on the case.

Sankat, the student pilot, was taken to Brevard County Jail. He faces charges of criminal attempt to steal an airplane, criminal trspassing and a visa violation.

He is being held on $20,500 bond. Sankat will appear before a judge Friday afternoon if not bonded out.

The breach forced workers and passengers out of the airport. By 7 a.m., the airport had reopened, and only two flights were impacted, Booker said.