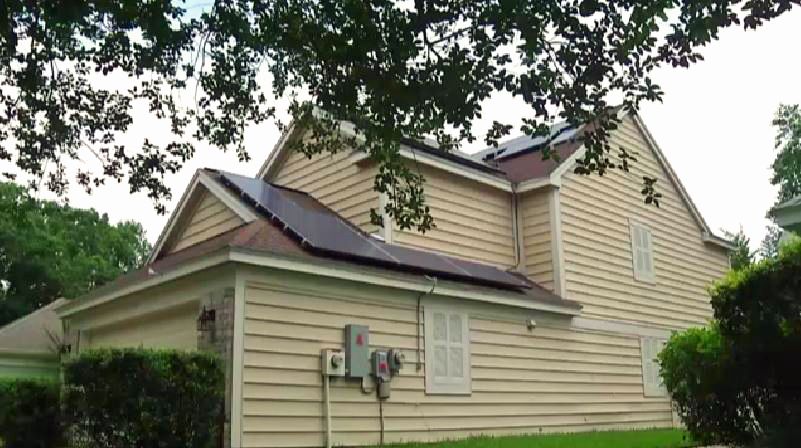 ORANGE COUNTY -- Orange County is pushing solar energy, hoping more residents get on board with the renewable energy way of life.

“You can see it’s really hard, and there is not much you can do to it,” said Michael Cohen, as he taps on a small solar panel. “They test these for hail and wind.”

Almost three years ago, Cohen joined a solar co-op and now the 26 panels installed on his home pump energy daily.

“You are seeing money every month coming off your utility bill,” Cohen said.

His meter on the side of his home shows how somedays extra power is made and funneled back to OUC.

“They are buying it from me at retail rate,” Cohen said. “So that is how you pay for your solar -- it’s like printing money on your roof.”

Cohen said going solar is a big investment, but one that pays off.

“I am net zero -- meaning, I don’t have an electric bill,” Cohen said.

The West Orange County Co-op is currently looking for interested people to come to information session to learn more, because renewable energy is a big part of the Orange County ‘Home for Life’ plan.

The remaining information sessions are on Monday, June 4 at the John Bridge Community Center in Apopka at 6 p.m. and on Saturday, June 23 at the Jackson Neighborhood Center at 11:30 a.m.

As for Cohen, he is hooked on solar energy now.

“When we need a new car next, we will buy an electric car, and drive for free,” said Cohen.