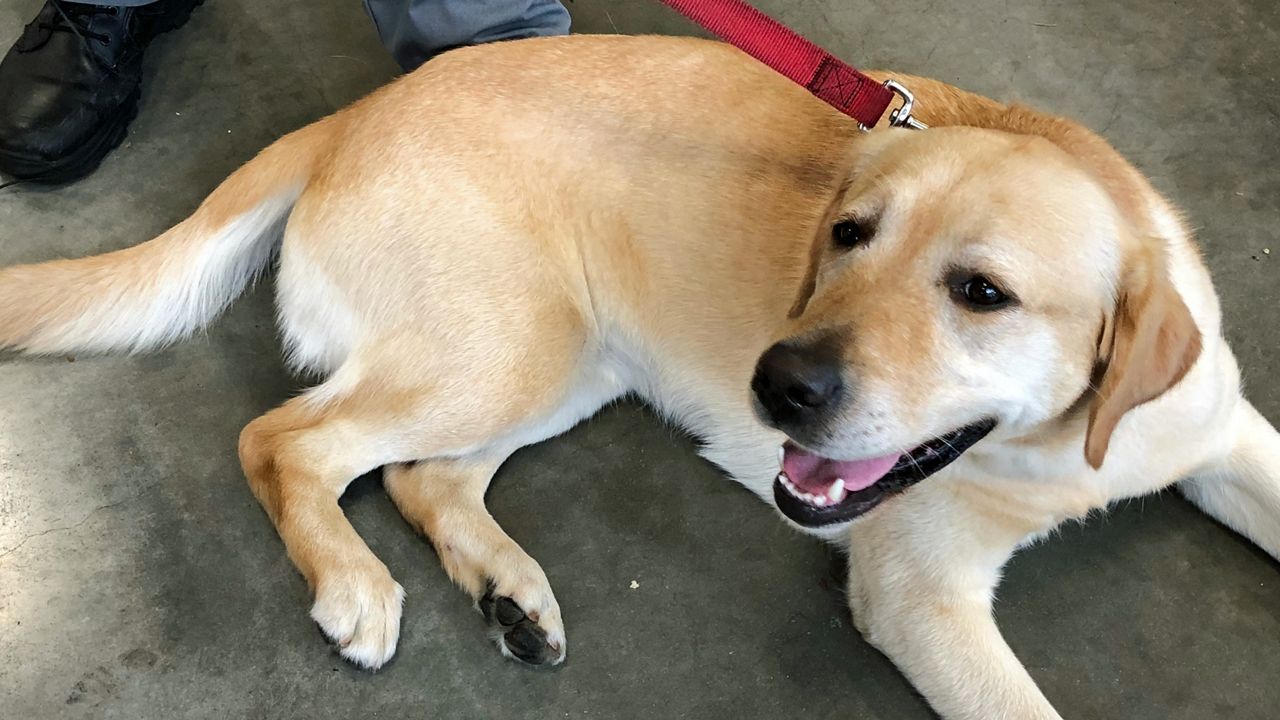 ORLANDO, Fla. -- At the Orlando Fire Department, firefighters are using a new tool to investigate possible arson cases -- one that's also going to save time, money and resources.

When there is a call for help, first responders often don't know what they'll see. If it's a fire that ends up looking suspicious, that's where Nessie comes in.

Nessie is a 2-year-old yellow Labrador retriever. She originated from Wayland, Michigan as a medical assistant dog with the organization "Paws With A Cause."

Fresh off a month-long training program in New Hampshire with Lt. Revoldt, Nessie's job is to sniff her way to what started a fire.

He knows when Nessie has come across something.

"She's gonna put her nose down, and she's gonna sit," Revoldt said. "When she does that, she's gonna look to be rewarded."

That reward is her dog food and some affection too. But the reward the department sees comes in the form of time and manpower savings, and quicker resolutions to an investigation.'

"It just makes every one of our investigators more efficient," Revoldt said.

The training program in New Hampshire, that put her on the job in Orlando, was done through the group "Maine Specialty Dogs" and sponsored by State Farm Insurance.

Almost like an athlete in training, Nessie has to stay on a strict diet, nothing but her "Kibble.”

Training is constant too because they never know what the next emergency call will be. Everyone, Nessie included, has to be ready.

Revoldt said Nessie’s energy level made her a better fit for this type of work.

The program requires a 5-year commitment, but it's quite possible Nessie could go longer than that.

The city says over the last 3 years, there've been 134 arson investigation calls.