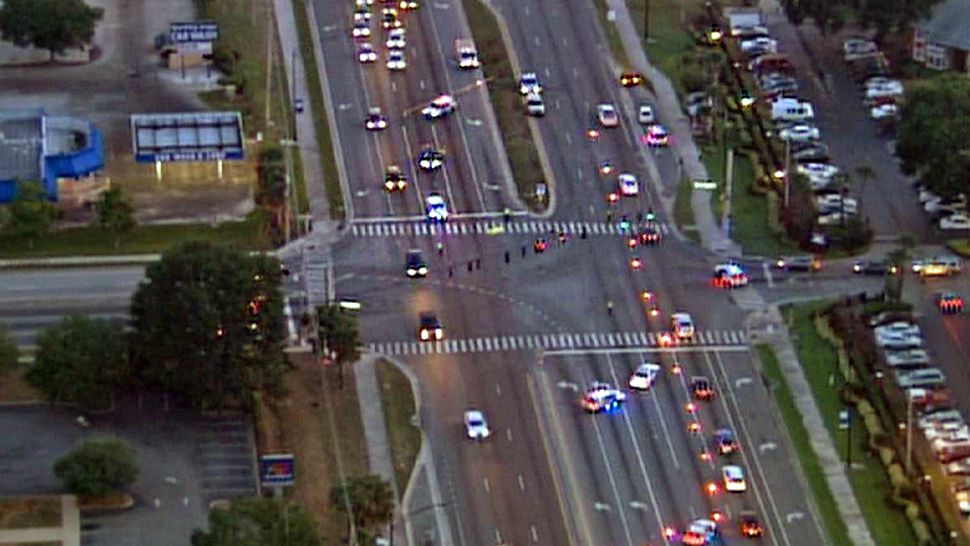 A person was struck and killed at the intersection of South Semoran Boulevard and Lake Margaret Drive in Orlando on Wednesday. (Sky 13)

ORLANDO, Fla. -- A person in a motorized wheelchair was killed early Wednesday morning after being struck by a vehicle in Orlando, police said.

The crash happened before dawn near the intersection of South Semoran Boulevard and Lake Margaret Drive.

According to Orlando Police, 58-year-old Altagracia N. Suarez was in a motorized electric wheelchair crossing South Semoran, which is several lanes in both directions at that location.

Suarez was within the south crosswalk at Lake Margaret Drive but crossing against the traffic control signal, witnesses told police investigators.

Witnesses told police that the Chrysler had a green light. That driver stayed at the scene, and their name has not been released.

The investigation is ongoing.