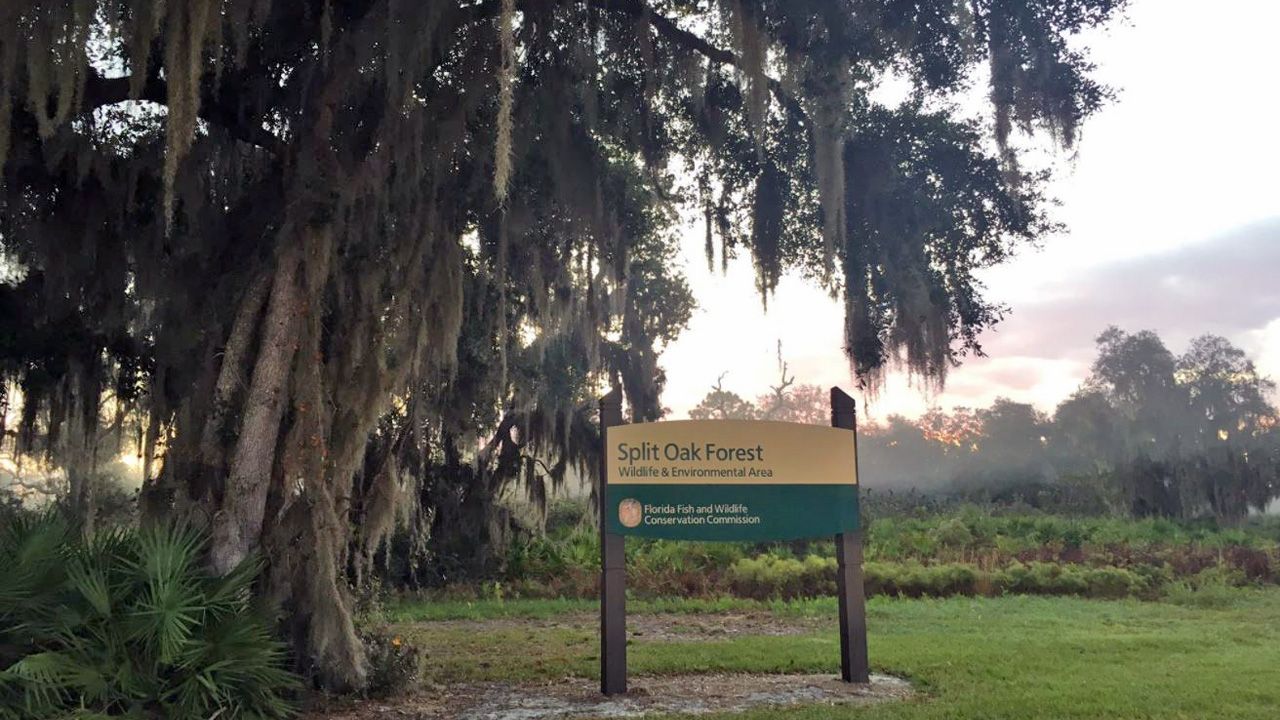 The Central Florida Expressway Authority says the toll road is needed to accommodate huge growth expected in that area, but it would cut through a portion of Split Oak Forest, close to Lake Nona. (Jerry Hume/Spectrum News 13)

Plan Calls for Toll Road Through Forest Near Lake Nona

ORANGE COUNTY, Fla. — A final workshop is scheduled for Tuesday to go over a plan to extend the Osceola Parkway through a forest that protects endangered species near the Orange-Osceola county line.

The Central Florida Expressway Authority says the toll road is needed to accommodate huge growth expected in that area.

But plans call for the road to cut through a portion of Split Oak Forest, close to Lake Nona.

A proposal to extend the Osceola Parkway through the Split Oak Forest is hitting roadblocks with local environmentalists and hikers. Why the expressway authority says the alternative isn’t any better, live this am on @MyNews13. pic.twitter.com/ndAAMJnY7t

"There are no major highways near Split Oak right now," said Valerie Anderson, president of the Friends of Split Oak Forest group. "It's very quiet out here. It's very peaceful to hike, and having a major highway through here would not only disrupt wildlife but would disrupt public enjoyment of the property."

The 1,700-acre forest is home to some endangered species such as the gopher tortoise, which relies on the dry, sandy uplands, opponents say.

The Central Florida Expressway Authority is eyeing the land for its 9-mile tollway to help connect State Road 417 to new and planned developments that could add half a million people in the next 50 years.

Kathy Putnam, a spokeswoman for the Expressway Authority, says 60 acres would be impacted, with 100 acres having some kind of secondary impact.

"Helping out the economic drivers in our community, making sure we have regional mobility, that's really critical, especially as this aggressive growth is coming to this area," Putnam said.

She said the Expressway Authority has changed the original plans for the parkway extension to reduce the amount of impacts to Split Oak. Alternative routes would have had the extension go through some neighborhoods, so the agency thinks this is the best option, she added.

Anderson is concerned that the highway would limit prescribed burning in the forest, which is necessary to keep the habitat thriving. She also said legally, the lands are protected, a claim the Expressway Authority disputes.

The public workshop is set for 5:30 p.m. Tuesday at Lake Nona Middle School.

The extension proposal could get the green light for approval at the Expressway Authority's December meeting.