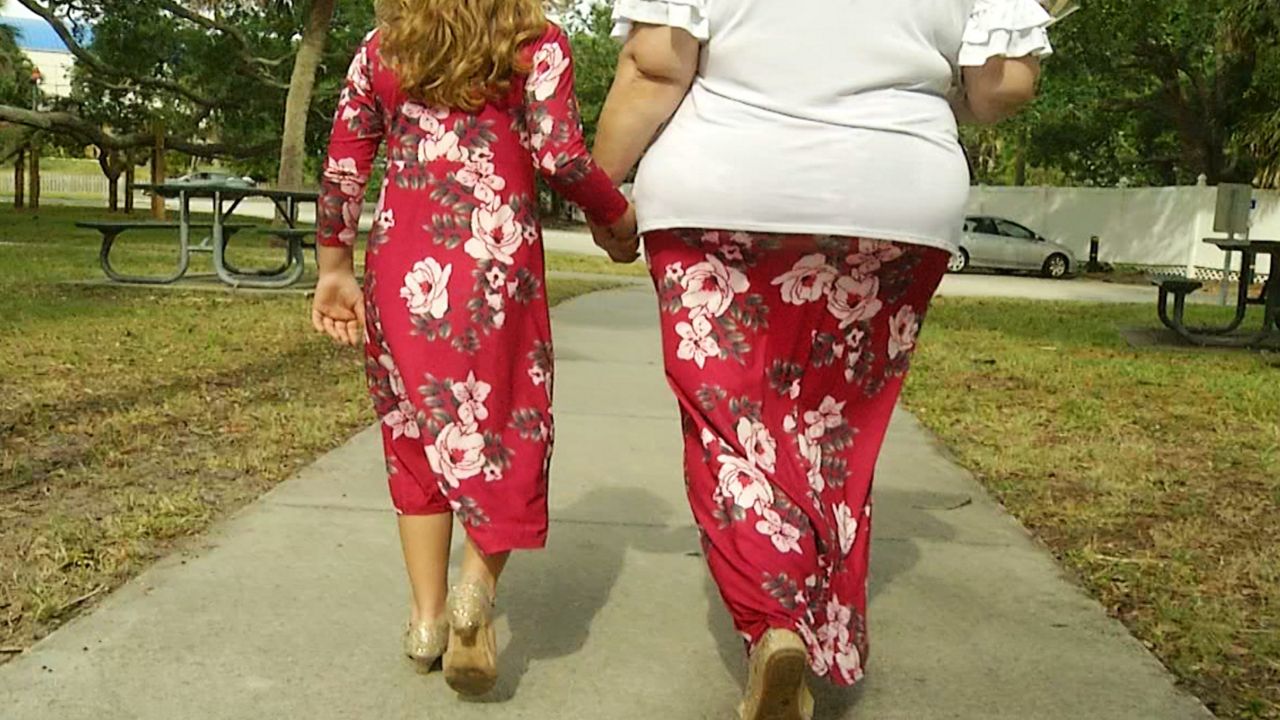 But for one Melbourne woman, virtual or not, she is grateful for her new daughter with a troubled past.

"My life was full, but it wasn't going to go anywhere further than my interests," Karin Werk told Spectrum News, who became a Department of Children and Families investigator in her 30s.

She became a case manager after that and saw the need for people to adopt, seeing firsthand the damage done to children in abusive homes.

As a single woman with no kids, Werk said she had the room in her life and her heart to be a foster parent.

Werk fostered two boys who eventually reunited with their families. Then, three years ago, a 7-year-old came into her life through Brevard Family Partnership.

"Either reunify or be with next of kin," said Phil Scarpelli of Brevard Family Partnership of the work they do. "If that doesn't work, we are obligated to find a loving, permanent home."

Werk's home is becoming just that for now 10-year-old Alia.

Tuesday was adoption day for the new mom and daughter, but during the pandemic, for everyone's safety, this special moment was different.

"It's still a celebration, although the venue has changed a bit," Scarpelli said.

A sign of the times, Alia and seven others were adopted in a virtual ceremony.

"I knew I wanted to be the one who sees what she becomes," Werk said with tears in her eyes.

Child advocates also say more fosters will be needed after this period of isolation is over.

Just like when summer is over, there is an uptick in abuse cases reported by school staff.

Currently, there are 275 children in Brevard County foster homes. One hundred fifty kids are currently up for adoption.​