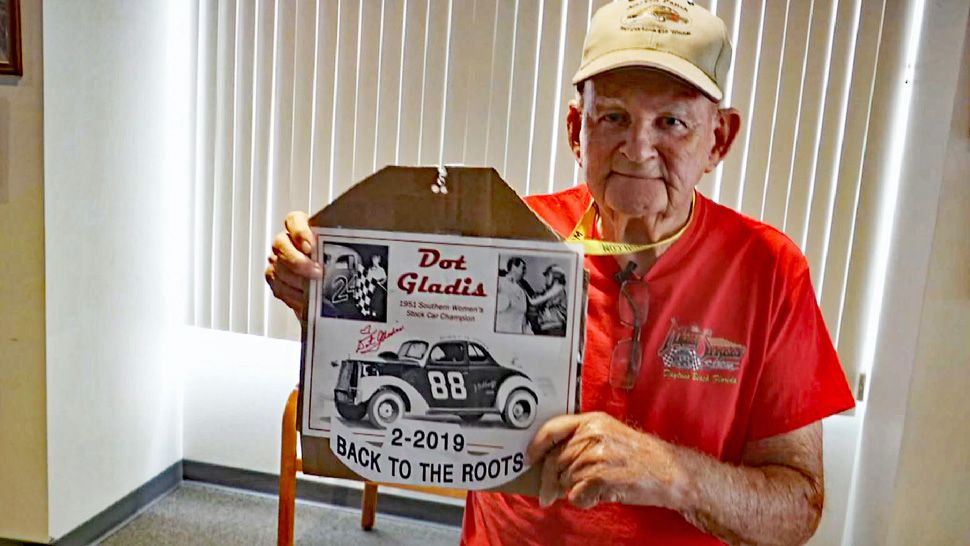 "If you could see the smiles on these old timers' face, when they get in the car and they come down the beach just like they did in the days when they were racing and I was there … goosebumps run up and down my back," said 85-year-old Olin Hopes, who remembers watching beach races as a child. (Nicole Griffin/Spectrum News 13)

VOLUSIA COUNTY, Fla. Volusia County Council members had a long and heated discussion Tuesday about the future of the annual Historic North Turn Legends Beach Parade in Ponce Inlet before agreeing to have it.

Dozens showed up to show their support for the parade, including 85-year-old Olin Hopes, who remembers watching beach races as a child.

"It is what made Daytona famous," said Hopes.

After watching so many races with fascination, he grew up to work on engines for NASCAR legends.

"I got hung up on race cars," said Hopes.

That is why he feels so passionately that the legends parade should continue on the historical race path as it always has.

"If you could see the smiles on these old timers' face, when they get in the car and they come down the beach just like they did in the days when they were racing and I was there … goosebumps run up and down my back," said Hopes.

The parade, coming up on its ninth year, has been at risk since July when the president of the parade said she was shocked to find out from the Volusia County attorney that they would need to move from that course. She knows it has to do with the beach driving permit.

"The permit comes due in 2030 and so that is obviously the county's issue in some way (is) we will jeopardize beach driving. But I think the reason I am here today is to say, 'Look, we've been doing this for eight years and now all the sudden we are going into our ninth year, where were you the last eight years?'" said Rhonda Glasnak, owner of Racing's North Turn.

The county attorney argued that driving in that stretch of beach goes against their permit. However, council member Billie Wheeler was quick to defend them.

Other council members had a problem with the $9,000 a year the parade costs the county. However, Glasnak said at this point, she has no time to raise that money.

"We have a time period to get this done and we are running short. You know this is. We are in the middle of October now and this parade takes place February 8 of 2020," said Glasnak.

After several hours of discussion, they decided to allow the parade to continue on the route as planned, thrilling the old time race fans.

"It's just a very historic event that depicts the early days of NASCAR racing. So that's really important and particularly important to the people that participate and that is why we felt that it was so important for us to fight so much for it," said Glasnak.

However, as part of the agreement to allow the parade to continue on, they will also seek a written permit from the U.S. Fish and Wildlife service to make sure that driving on that portion of the beach is allowed for this event.