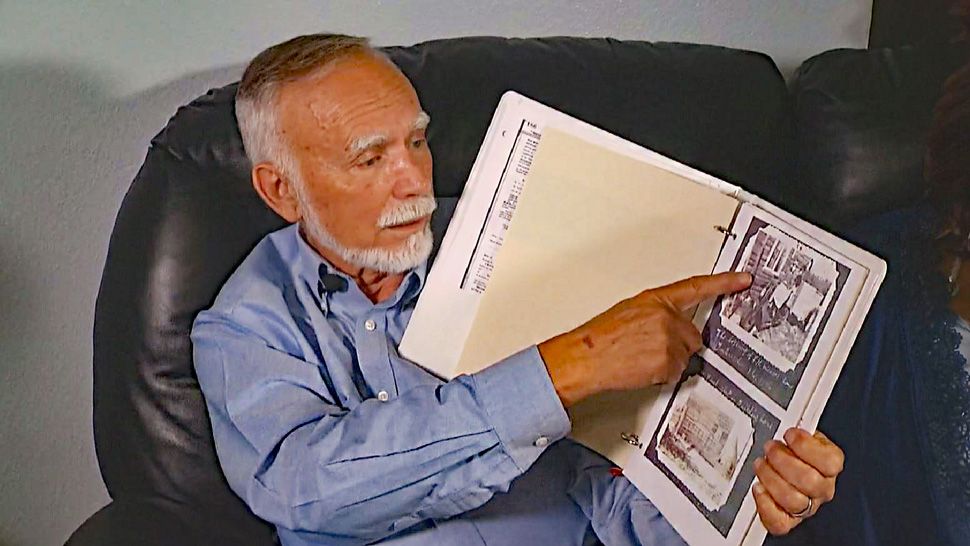 INTERCESSION CITY, Fla. — A property southwest of Kissimmee founded by various pioneers with failed dreams could see a resurgence. A man connected to the land wants to make Intercession City live again.

Intercession City is a small area, yet surrounded with so much history. Pastor Wesley Weaver would have never thought he had any ties to this place.

"I am very excited about it," Weaver noted.

Back in the 1920's, Intercession City was known as InterOcean City. A developer had a vision to create an entertainment resort in the middle of the state with canals running to it from the Atlantic to the Gulf coast.

"That would be similar to Walt Disney's Disney World," Weaver said.

From that vision came about the InterOcean Hotel, which according to the Osceola County Historical Society, sat empty just a year after completion.

"And when the depression years started, they went bankrupt and it reverted back to the owner, which was J.W. Wilde," Weaver explained.

The InterOcean hotel stood vacant for almost 10 years until Bishop Osie England from West Virginia was able to acquire the hotel and property around it. In 1934, England turned the hotel into a Bible training school for ministers and missionaries.

Weaver said, "That story that had been missing from my life for 73 years. Seventy years later I discover my roots in Intercession City."

A couple of years ago, Weaver got ahold of an old family photo album which shows pictures of his dad coming to the city and helping pioneer the town with Bishop England.

"This is a picture of my dad on the day he got here," Weaver said as he pointed to the album.

As the city was being built by intercessors, people who intervene for others, especially through prayer, the town's name changed to Intercession City.

"They did actually call it the spiritual capital, the religious capital of Florida," Weaver said.

Today, much of that is gone. Intercession City has a population of about 600. There is a post office, a Wesleyan Church and England's old home.

However, Weaver and his wife Arabella want to see more for this town.

"That's why people pass through it and don't realize it's there, that it's actually a city. Because it just looks like the outskirts of a town that's rundown … Houses are deplorable," Arabella Weaver said.

The couple created the Intercession City Heritage Foundation to solicit funds and grants to restore the city not only spiritually but also economically.

Weaver said, "I felt an urge a call to come back and to put something back into this city. I was surprised to see how rundown the town was and it needed a lot of revitalization."

They have come up with an eight-step program to make Intercession City: Live Again. Including new housing, a rehab center and a teaching venue. Weaver hopes that by walking in his father's footsteps, he is able to revive the city, in five years' time.

"I am taking over where he left off. And I would say, 'Thank you father, thank you dad for establishing Intercession City cause the lord chose your son, me to revitalize it and to take it to the next step,'" Weaver said.