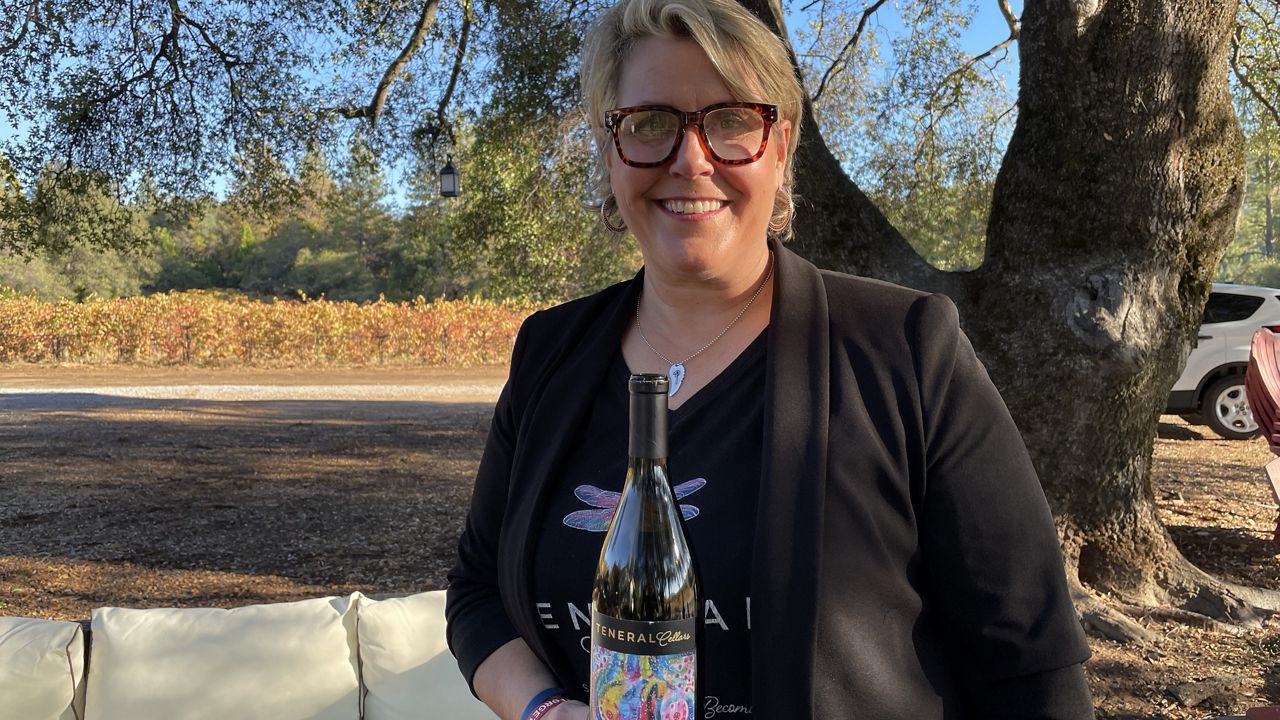 Sipping with purpose: How 1 woman is shaking up the wine industry

When Jill Osur decided to launch an all-digital winery in the midst of the pandemic, she made it her mission to offer more than just wine.

“I wanted to reach people where they are, and so when they open a bottle of wine that they also open up the necessary conversations to be that change,” she said.


As president and CEO of Teneral Cellars, Osur has also made it her goal to only hire women in hopes of paving the way for more women to lead her in a male-dominated field.

Currently, only about 10% of winemakers are female. Osur's female-focused brand also has an advisory board that is made up of a diverse group of women.

“I’m proud of that because it’s really great working with women because they do tend to come from not just their head, but also their heart and we need more of that in the world right now,” she said.

Osur, who has worked in the wine industry for six years, pointed out that while there are many women in tasting rooms, there are not a lot of them serving in leadership roles.

“I want to disrupt the wine industry and shake it up since it’s a very white, rich, male-dominated industry that’s steeped in tradition, but if the customers that are buying the most wine are women, then why doesn’t the industry reflect that customer?” she said.

The social entrepreneur said the idea for her digital winery came at the same time when protesters around the nation called for societal change following the death of George Floyd.

“I just kept thinking, what can I do as a female leader in the wine industry to be part of the solution?” she said.

While Teneral Cellars does not have a tasting room like more traditional wineries, Osur shared the all-digital platform is meant to encourage people throughout the country to join its wine club called The Swarm.

"It’s a swarm of dragonflies," she said. "For me, it is so much more than club, it’s a movement. We want people to feel a part of our community, but be part of a movement where every one of these releases we educate, we inspire and we give calls to action."

Each quarter, Teneral Cellars chooses a different theme for its bottles and donates 10% of the profits to a charity that supports the company’s belief statements such as love is love, science is real, women’s rights are human rights, and Black Lives Matter.

Some of the organizations Teneral Cellars has partnered with include the Endometriosis Foundation of America, Stonewall Inn Gives Back Initiative, National Women’s Law Center and World Central Kitchen.

“It’s really about using wine as a conduit for change,” Osur said.

Teneral Cellars is based in the Sierra Foothill community of Fairy Play in Northern California.