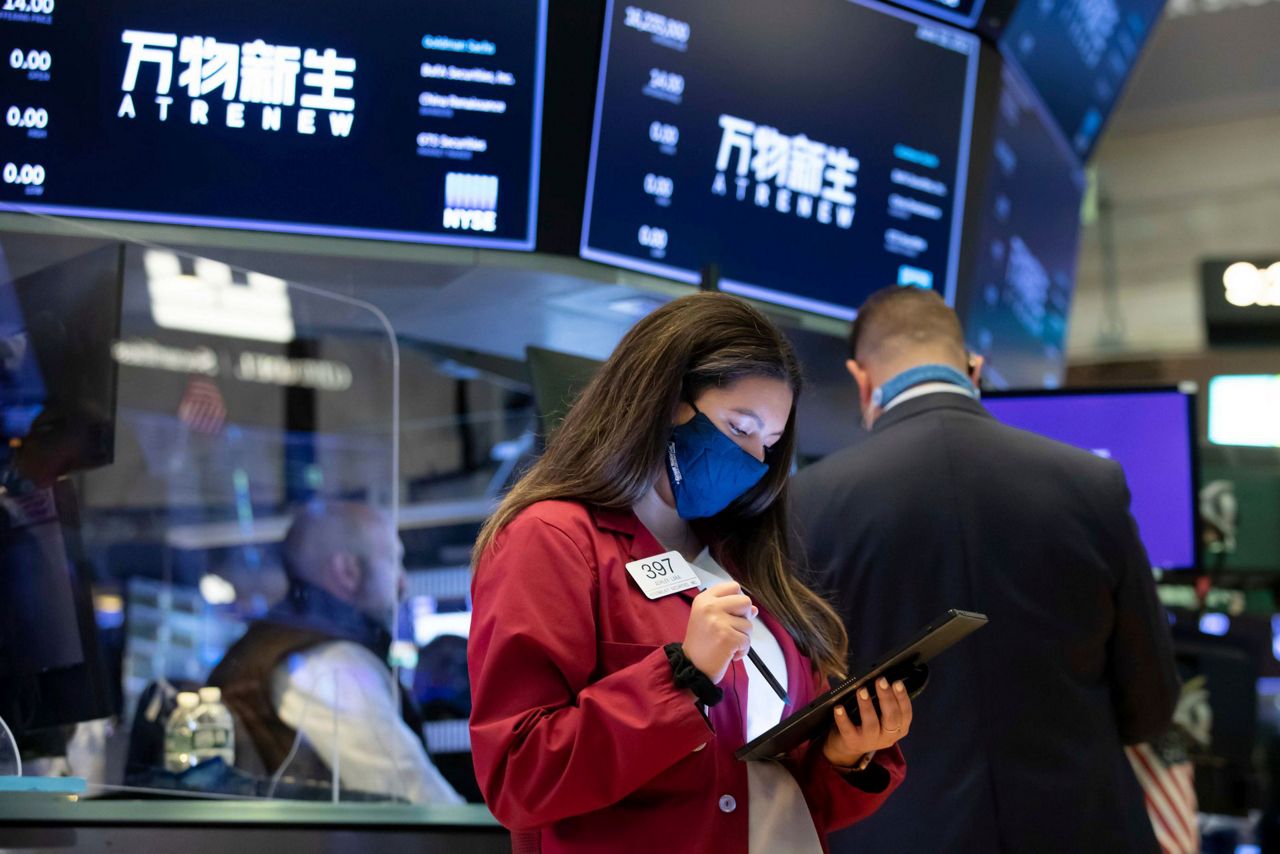 1 of 3
In this photo provided by the New York Stock Exchange, trader Ashley Lara works on the trading floor, Friday, June 11, 2021. Stocks were broadly lower Friday after a Federal Reserve official said that the nation's central bank might need to raise interest rates as early as next year, sooner than the Fed's latest estimate of possible rate increases in 2023. (Nicole Pereira/New York Stock Exchange via AP) 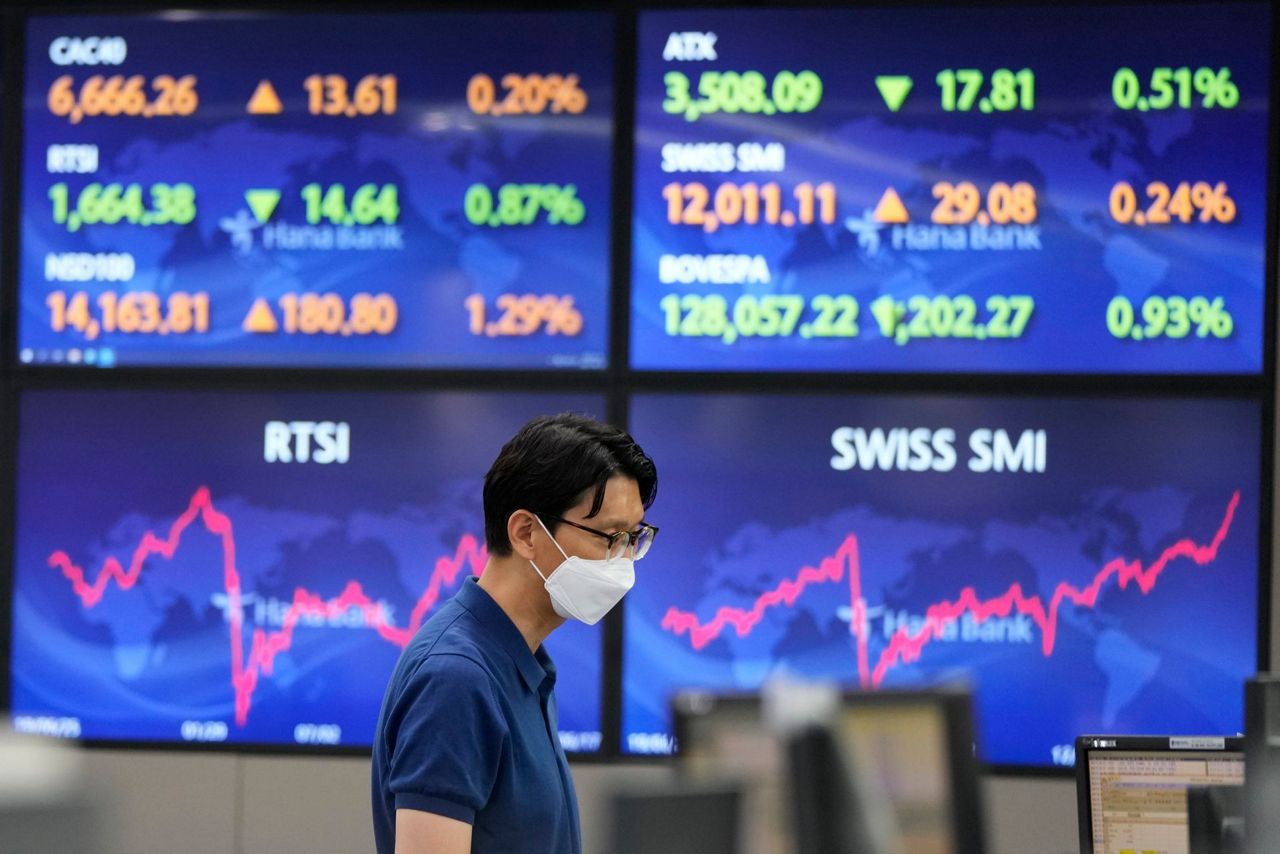 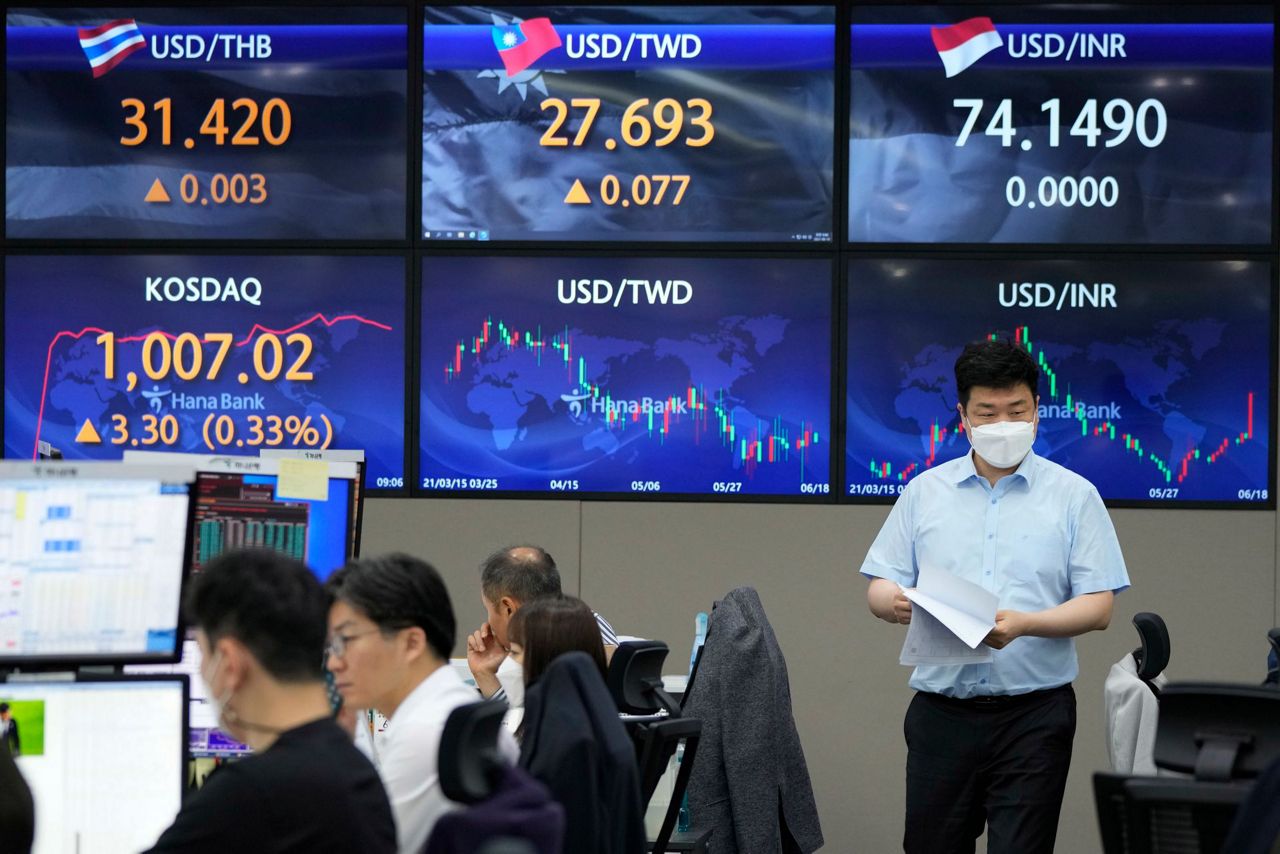 NEW YORK (AP) — Stocks sank again on Wall Street Friday, knocking the S&P 500 to its worst weekly loss since February, as more steam comes out of banks and other stocks that soared earlier this year with expectations for the economy and inflation.

The S&P 500 fell 55.41 points, or 1.3%, to 4,166.45 in a widespread slump. It was the worst day for the index in a month as unease grows about the Federal Reserve making plans to eventually offer less help to markets.

Investors are still recalibrating their moves following the Federal Reserve's signal this week that it may raise short-term interest rates twice by late 2023, earlier than expected. The Fed also began talks about slowing its bond-buying program that's helping to keep longer-term rates low. On Friday, St. Louis Federal Reserve President James Bullard said on CNBC his personal prediction was that the first rate increase may come as soon as next year.

It's an acknowledgment that a rebounding economy with near-record prices for homes and stocks may not need super low rates much longer. A recent burst of inflation may also be upping the pressure. But any pullback in Fed support would be a big change for markets, which have been feasting on ultra-low rates for more than a year. It marked a “U-turn on Easy Street,” as strategists at BofA Global Research described it.

That's hurt stocks of banks, oil producers and other companies whose profits are closely tied to the strength of the economy in particular. On the other side, stocks of companies able to grow almost regardless of the economy's fortunes have held up better.

The Dow Jones Industrial Average, which is full of companies whose profits move more with the economy, lost 3.5% this past week. That's its worst since October. The Nasdaq composite, which has more high-growth tech stocks, dipped a much more modest 0.3%.

Of course, all the major U.S. stock indexes remain relatively close to their record highs, as the economy continues to leap out of the recession caused by the pandemic. The S&P 500 is only about 2% below its all-time high set on Monday, and the Dow is within 5% of its record set last month.

A measure of nervousness in the stock market, known as the VIX, rose Friday but is only back to where it was about a month ago.

Banks are taking a hit from the shrinking gap between shorter- and longer-term interest rates, which helped send financial stocks in the S&P 500 down 2.4% on Friday. That was one of the sharpest losses among the 11 sectors that make up the index.

When the gap is wide, the industry can make big profits from borrowing cash in short-term markets and lending it out at longer-term rates. But short-term yields jumped sharply this week after the Fed's indication that it may be moving up the timeline for rate increases. The two-year Treasury yield rose to 0.25% Friday from 0.23% a day before and from 0.16% a week before.

The 10-year Treasury yield, which is less directly affected by Fed moves, ended the week close to where it started, though there were some jagged moves up and down in the interim. It sat at 1.43% Friday afternoon, down from 1.51% late Thursday but not far off from its 1.46% level a week earlier.

The rate pressure helped send JPMorgan Chase down 2.5%, and it was one of the heaviest weights on the S&P 500. Bank of America dropped 2.6%.

The quickly recovering economy and some supply shortages have helped send prices soaring across the economy recently, from lumber to airline tickets to used cars. The Fed has said it expects high inflation to be only “transitory,” and prices for lumber at least have already started to moderate a bit. Much of Wall Street also says inflation looks to be only temporary, but part of the Fed's mission is to keep prices under control.

“You just don’t have the firms able to build capacity to meet demand,” said Ken Johnson, investment strategy analyst at Wells Fargo Investment Institute. “Investors are nervous about that.”

The first action the Fed is likely to take would be a slowdown in its $120 billion of monthly bond purchases, which are helping to keep mortgages cheap, but the Fed’s chair said such a tapering is still likely a ways away.

Besides keeping inflation steady, the Fed's other main job is to keep the job market healthy. Employment has been improving, but growth has slowed in recent months.

“That gives investors some reassurance that the Fed isn’t going to move on rates when the economy, from a labor market perspective, isn’t back to where it was,” Johnson said.

Among the few winners in the market Friday was software maker Adobe. It rose 2.6% after reporting stronger results for the latest quarter than analysts expected and gave an encouraging forecast for the current quarter.

Gun maker Smith & Wesson jumped 17.2% after raising its quarterly dividend and reporting stronger results for the latest quarter than expected.