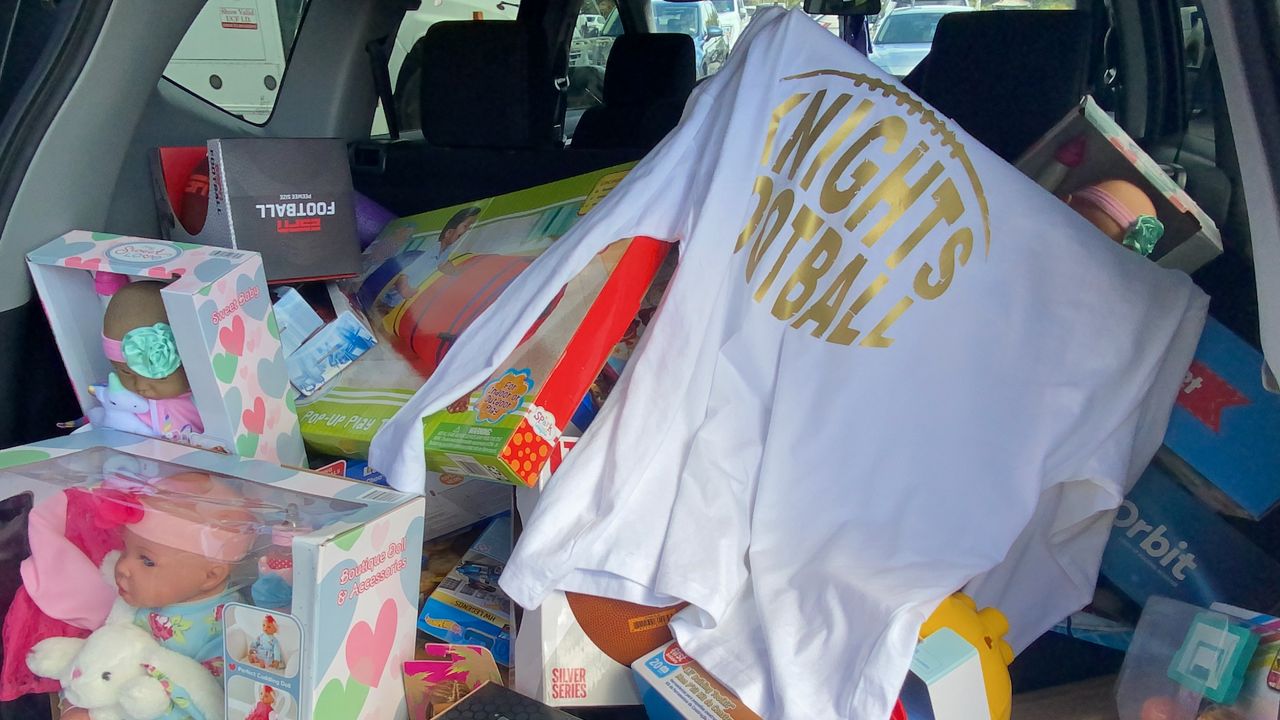 These are just some of the toys that have been dropped off so far for "Operation Christmas Knight" — a toy drive being held by parents of UCF football players. (Spectrum News 13/Nick Allen)

ORLANDO, Fla. — For a lot of fans, football is a gift that keeps on giving.

The parents of University of Central Florida football players, who watch their sons play every game, are holding a toy drive called "Operation Christmas Knight" to help local kids and families in need this holiday season.

They call themselves the "Mom and Dad Squads," and Jennifer Jackson, the mother of UCF captain Samuel Jackson, is the one leading the charge.

"It will be going to the Arnold Palmer kids and and kids living in motels," she said. "We do have one special family that has an 8-year-old son that has sickle cell, we are definitely going to take care of them."

Longtime UCF fan Jan Garcias is assisting the group to help the boy and his family.

"They came here from Haiti — there was the earthquake, extreme poverty over there and they have nothing," she said. "Couple of years ago a social worker from Arnold Palmer called me out of the blue. Somebody gave her my name saying I could get toys for kids."

According to Garcias, there are many families who need help that people don't know about.

"This little boy is sick and they are kind of forgotten — there is a lot of families like that," said Garicas. "They don’t have any extra money to buy gifts or toys or clothes, so we are going back there this year."

Garcias said it is tough to put into words how she feels when people go out of the their way to help others.

"It is joy, there are no words to describe it," says Garcias.  "It’s amazing that people are so giving."

"We are fortunate that our sons play football here at school and are given scholarships," said Jackson. "So for us be able to be here and to have people here to give toys, it means a lot."

Amazon gift registries, or any other third-party online fundraiser, are not managed by Spectrum Bay News 9 or Spectrum News 13.