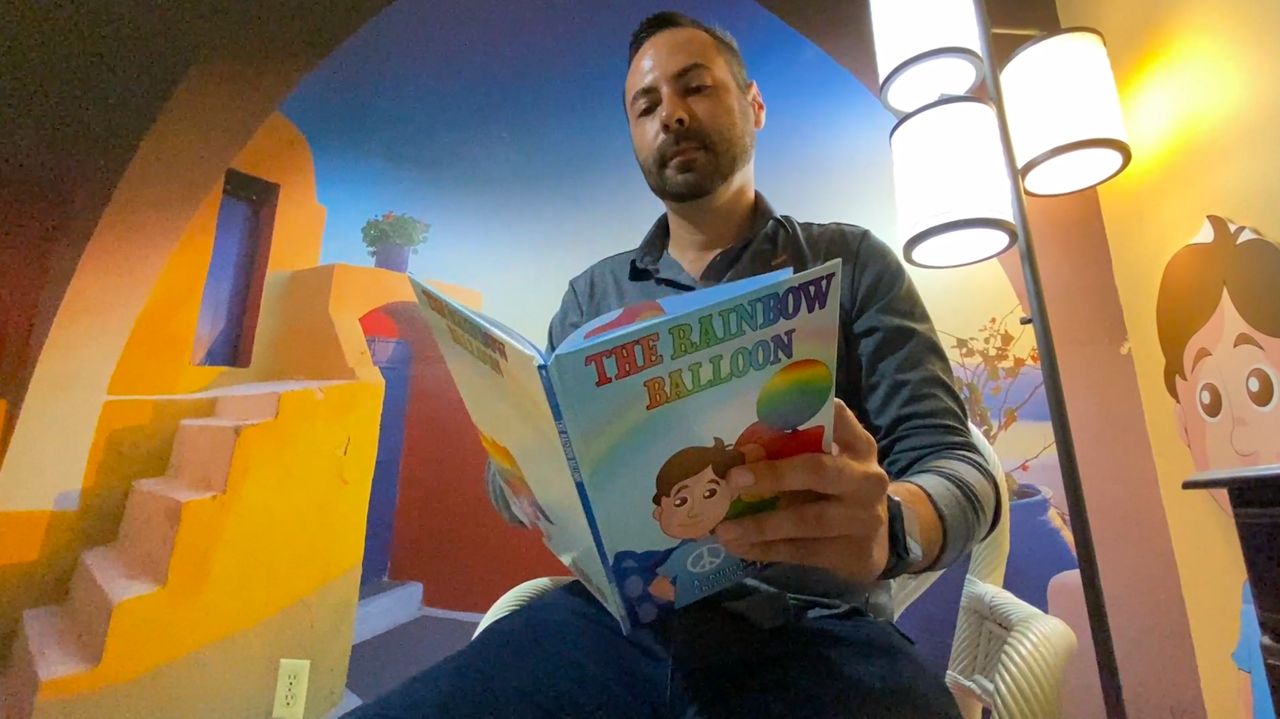 ORLANDO, Fla. — An LGBT author from Orlando is speaking out against proposed state legislation dubbed by opponents as the “Don’t Say Gay” bill.

The bill prohibits instruction on sexual orientation or gender identity in K-3 grades, “or in a manner that is not age appropriate or developmentally appropriate for students.”

Chris Lambert, a gay children's author, said he worries about the impact this measure will have on LGBT children if it becomes law.

“I feel like it’s a blanket, like it’s trying to cover up LGBT kids and children,” he explained. “I feel like if we ban education from children that they won’t get the resources that they need.”

Lambert is writing a book series that draws inspiration from his own life. The books follow the main character, Christopher, as he makes friends, experiences different cultures and learns about the LGBT community.

“It’s the story of my life, a little mixed with fairy tale,” he said.

Lambert said he hopes the bill doesn’t become law. Supporters of the proposed legislation argue it stops districts from putting lessons on sexual orientation and gender identity into the curriculum but doesn't not stop teachers from engaging in any spontaneous discussions.