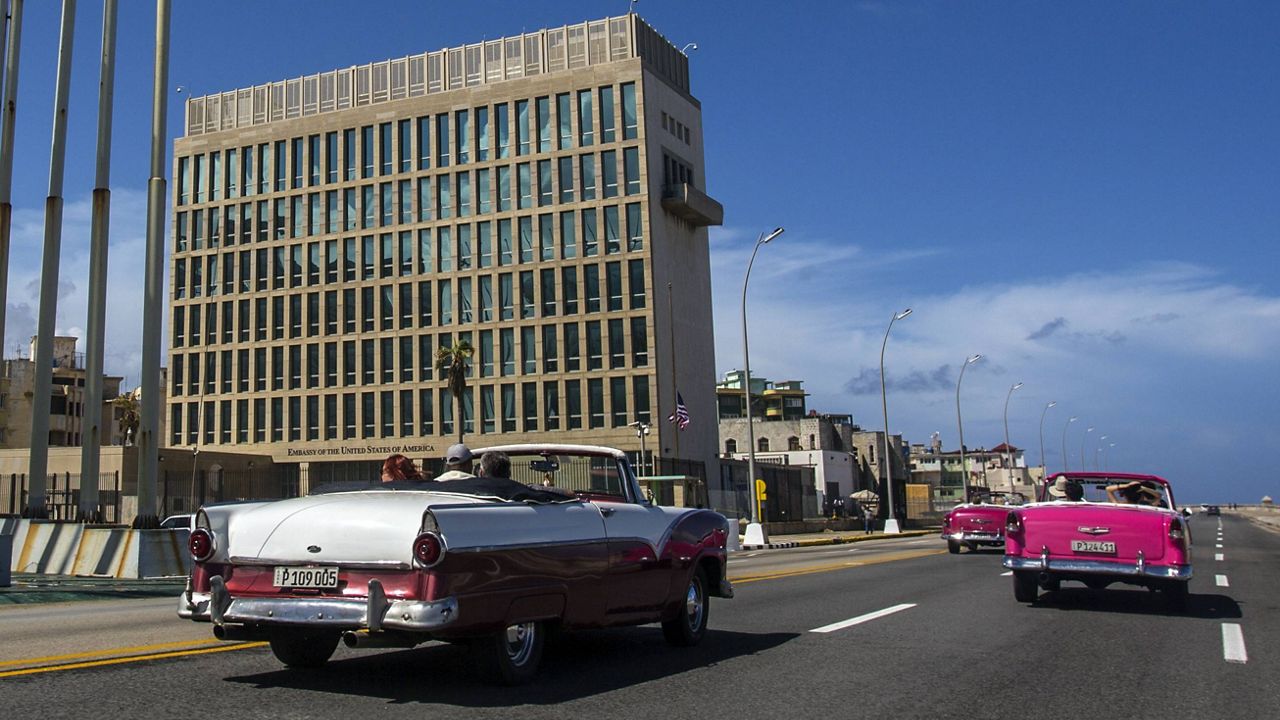 About 200 U.S. diplomatic staffers worldwide have received neural cell brain injuries from 'Havana syndrome,' but doctors are not sure what causes the mysterious illness. (Associated Press)

President Joe Biden this month signed legislation to compensate victims, but some advocates say more must be done.

“What we are seeing with these incidents is even more scary,” said Mark Zaid, an attorney representing more than a dozen former and current federal employees suffering from the mysterious illness.

The unexplained symptoms started with U.S. diplomatic officials in Cuba about five years ago. But, similar incidents occurred with American diplomats and intelligence officers in Russia, China and elsewhere.

“For some people, they get better fairly quickly,” Zaid explained. “For others, it gets worse over time, and of course, potentially there is anecdotal evidence that some of these exposures may have led to Parkinson’s as well as other forms of cancer.”

Dr. Joel Moskowitz, the director of the Center for Family and Community Health at the University of California Berkeley, has researched the impact of electromagnetic hypersensitivity.

“What I suspect is going on, is what happened back in the 1970s for about two decades,” Moskowitz said. “In Moscow, in our embassy, the Soviets were bombarding our embassy with fairly low intensity microwaves. It is believed, the primary theory is, it was for surveillance purposes. A number of people at that time were reporting a number of illnesses.”

Now, some 200 U.S. diplomatic staff worldwide have reported symptoms like ear popping, vertigo, pounding headaches and nausea. One theory is the symptoms are the result of brain injuries caused by attacks involving microwaves or pulse radio frequencies. But there is no consensus about who might be responsible.

“It has more similarities in veterans coming home that have blast exposure to explosions than what we see and know from people that suffer concussions,” said Dr. Christian Franck, with the Grainger Institute for Engineering at the University of Wisconsin at Madison.

“This is real, it's happening to our diplomats and other government personnel, all around the world,” Burns said during his confirmation hearing Wednesday. “And if confirmed, my obligation to you, and more particularly to the men and women of our mission in China, is to do everything under my power to protect them.”

Biden recently signed a law to compensate the victims. However, some like Zaid, said the State Department’s handling of the incidents has lacked focus and urgency.

“It’s a great first step,” Zaid said. “It needs to be a far greater standardized, formalized, uniformed approach to make sure the U.S. government deals with this in the way that it should because this is a national security issue.”