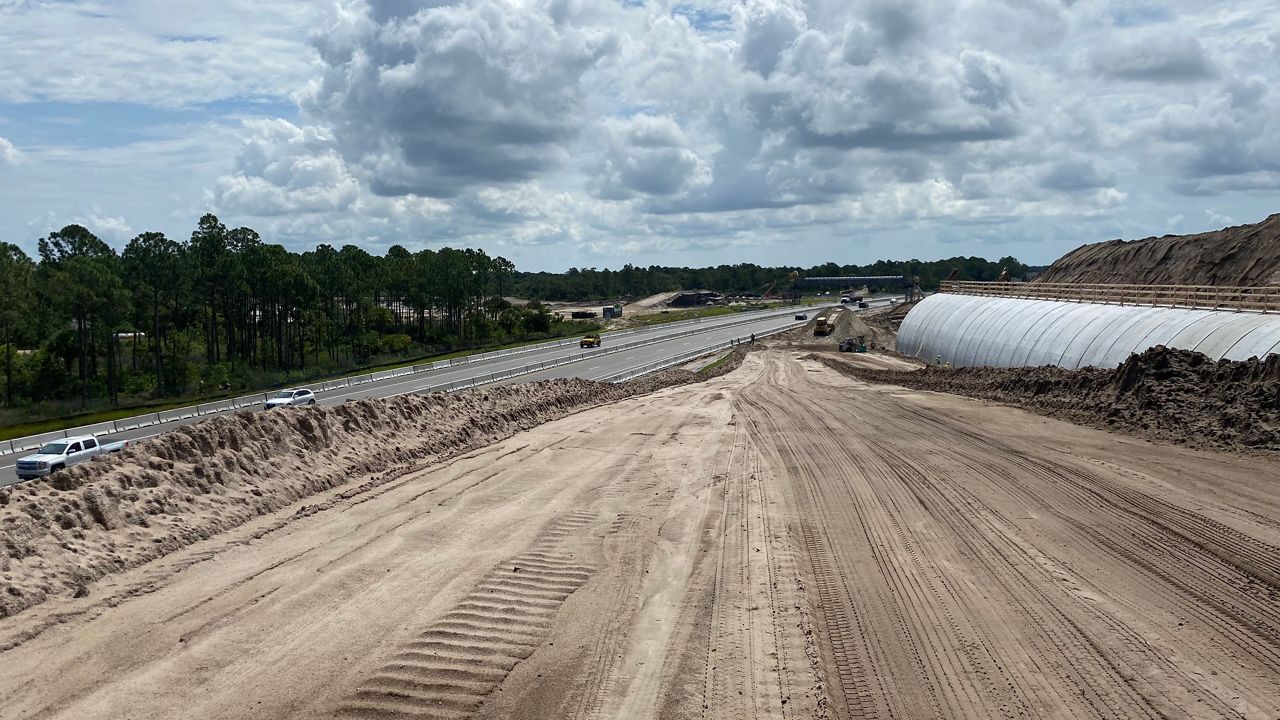 BREVARD COUNTY, Fla. — The landscape in Brevard County is rapidly shifting as the Brightline project continues chugging along.

The 170-mile stretch of high-speed rail from West Palm Beach to Orlando is more than 50% completed and in the coming months, drivers near Cocoa will see a significant shift in a couple of popular thoroughfares.

One of those is a fly-through tunnel that will eventually house a pair of train tracks. It will cross what is now State Road 528 and will shift the traffic up about 35 feet.

“In order to maintain the speed of the train, it’s a lot easier to change the profile of a vehicle, than it is of a train,” said Matt Carroll, the assistant project manager for this part of the project.

Carroll has been with this part of the enterprise since 2019 and said the tunnel construction and everything around it had been going on for about a year at this point. He said the tunnel that will eventually house two train tracks has a fair amount of innovation in it.

“It’s a curved arch. So, we’ve got two arched panels that fit together and we’ve got it on a curve. So, our contract’s having to fight square panels on two different curves. That makes it tough, but they’re a good contractor. They’re able to knock it out for us,” Carroll said.

Between now and the end of 2021, traffic that was shifted north for the project will be moved south again and will cross above the newly constructed tunnel.

“After that, we’ll be concentrating on the railway work,” Carroll explained. “So, we’ll be laying down the sub-ballasts, the ballast, the ties, the rail, that’s all coming. It’s coming from Cocoa. So, our heading is going to be from the Cocoa curve at U.S. 1 and we’re going to work our way to the west.”

“Those who are driving around are really seeing history in the making as we’re bringing high-speed rail to central Florida,” said Katie Mitzner, the director of public affairs for Brightline.

Mitzner said working through the pandemic brought its own challenges to the project, but notes that they were able to keep their workforce of about a thousand people in place and maintain the timeline of the project.

“We were deemed an essential service and we kept more than a thousand workers on the job throughout the pandemic,” Mitzner said. “We currently have over a thousand workers still on the job working over 170 miles working between West Palm and Orlando. Those are people that live in this community, this is their career, highly skilled workers.”

The next phase of construction that will impact some drivers comes next week as Brightline starts the construction of the bridge over Interstate 95. Work will start on the west side and make its way east and cause partial closure of the interstate between 10 p.m. and 5 a.m.

Substantial completion of the project is set for the end of 2022.