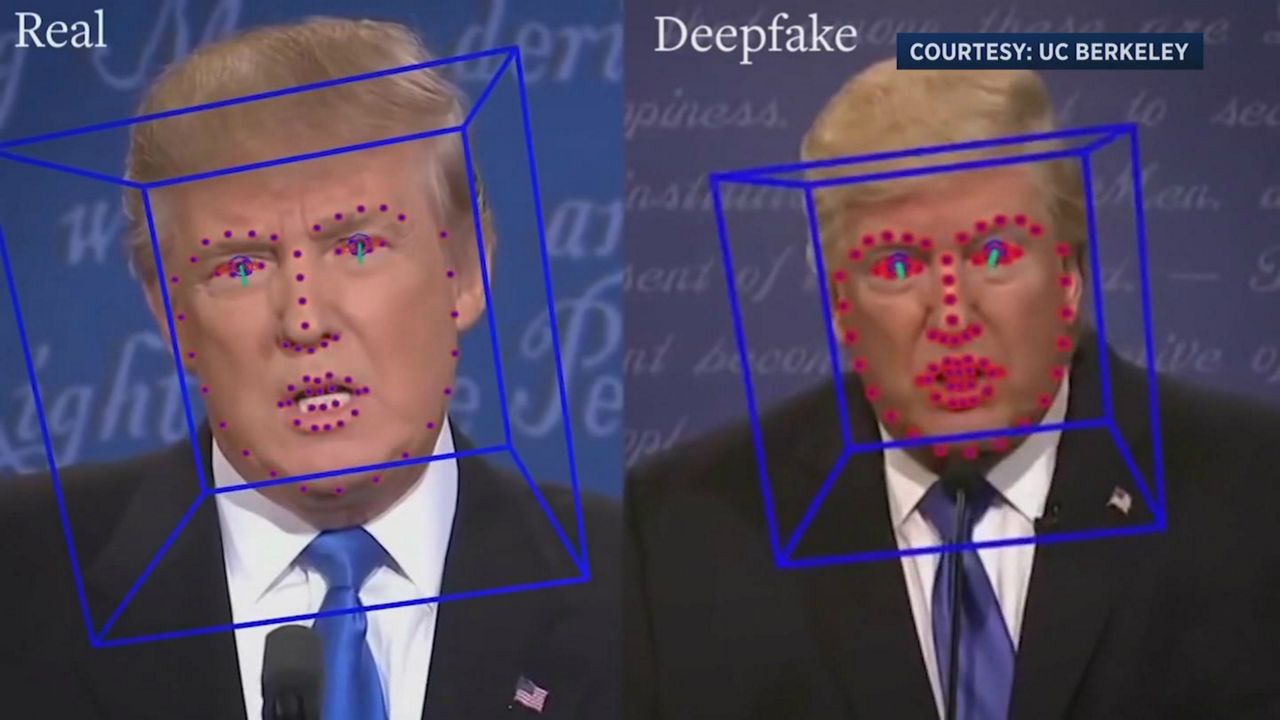 A video from researchers at the University of California, Berkeley, depicts ways that computer algorithms can try to detect which videos are real and which are "deepfakes," or fabricated. (Screen capture from UC Berkeley video)

How Can Voters Avoid Falling Victim to "Deepfake" Deception?

ORLANDO, Fla. — Is the candidate video you just watched on the web real or fake?

And with the 2020 general elections only months away, lawmakers and law enforcement agencies are on heightened alert.

Deepfakes are still relatively new. There aren’t many laws that ban or criminalize this technology. In fact, no such law exists here in Florida.

"We are sitting here in Central Florida in the swing part of a swing state, so that makes us a target for foreign adversaries who are looking to have an impact on our elections," said Murphy, a former national security specialist for the Office of the Secretary of Defense.

That's exactly what happened in 2016, when Russian hackers targeted Florida, federal investigators say. Not only did the hackers create deceptive Twitter accounts and Facebook posts designed to influence voters, but they even breached two county election systems.

"I’m really worried about November, to be completely honest with you, from an election security perspective," Murphy said.

Spectrum News asked the Florida Division of Elections what steps its taking to prevent deepfakes from potentially influencing the 2020 elections.

A spokesman with the state Department of State did not offer any specific steps but encouraged voters to turn to "trusted sources" for election information.

"With the advances in — and the accessibility to — deepfake technology, it is important for Florida voters to only rely on trusted sources for election information. We continue to work with federal and local government officials to ensure that Florida’s voting population has access to trusted information and resources."

Cyber expert Craig Agranoff says as technology continues to evolve, voters need to do the same when it comes to verifying information.

"You can easily sway an electorate so much faster than they’ve done in the past, because one video could be seen by tens of millions of people before you have a chance to get out there and say, 'Hey, this was a fake.' But no one cares; it's a fake at that point," Agranoff said.

Earlier this month, Twitter said it would ban deepfakes and label certain tweets as "manipulated media." Facebook and Google also have their own deepfake policies.

So how can you spot a deepfake? Here are some tips, according to the website Techlicious:

And of course, always use several trusted sources to confirm the video’s message.