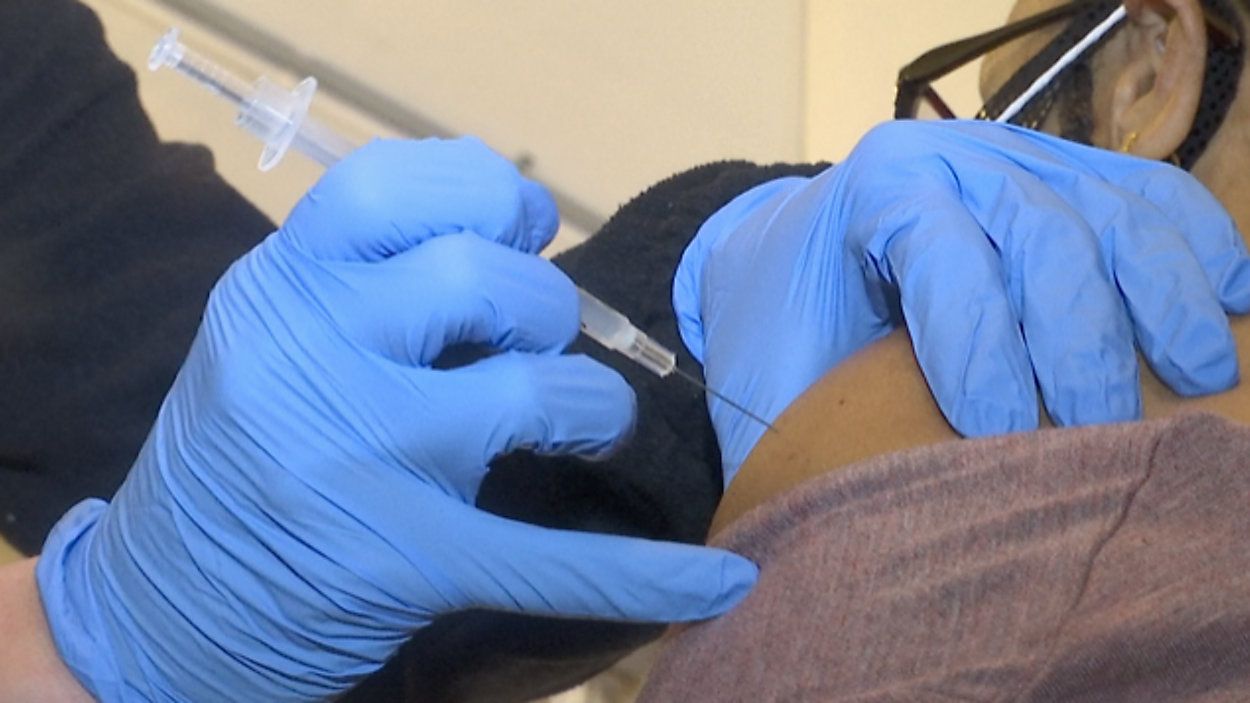 And on April 5, anyone 18 and older can start getting the vaccinations. (File photo)

Floridians 40 and up Can Get COVID Vaccine Starting Today

STATEWIDE — Floridians ages 40 and up can get the coronavirus vaccine statewide beginning Monday, and those ages 18 and up become eligible next week.

On Monday, besides a busy start — with vaccine administrators giving shots to more than 800 people in the first hour — for the most part there was not much of a line.

Jackie Katsis, 41, got her first dose without having to wait long.

“We didn’t even stop,” said Katsis. “We literally got out of the car, walked our way through, sat down, it was maybe 15 minutes total, super fast.”

The governor has been touting his “seniors first” vaccination approach from day one. State data shows more than 3.3 million people ages 65 and up have received at least their first dose of the vaccine in Florida, out of 5.6 million people total.

Meanwhile, the FEMA-supported vaccination site at the Valencia College West Campus is offering 3,000 first doses Monday, according to a spokesperson for the Florida Division of Emergency Management.

Then the one-dose Johnson & Johnson vaccine will be offered for the next two weeks of operations, April 14-28.

The site was supposed to close April 28, but the state announced Monday it would help keep it open for another month, through May 26, by reallocating vaccine doses.

For parents with teenagers who are ages 16 or 17 years old, those teens will become eligible to receive the Pfizer vaccine, starting April 5. The Pfizer vaccine is currently the only FDA-approved vaccine for that age group.

And on April 5, anyone 18 and older can start getting the vaccinations.

Alea Figueroa — who got her second vaccine shot Monday — was thrilled and couldn’t hold her excitement in any longer. She cheered after she got her shot.

“Relief, 100% relief, this is an absolute miracle,” said Figueroa.

Even with a doctor’s note she says it still hasn’t been easy to find the right place and time to get a shot.

“I’m a high-risk patient so I’ve been desperately waiting for my turn to get the vaccine,” said Figueroa.

She got her first dose weeks ago, so she was guaranteed her second dose at the FEMA-supported distribution site.

But with people 40 and up now eligible, and anyone 18 and older eligible beginning next Monday, she wanted to go ahead and get her shot now before lines potentially got any longer.

“Once 18 and up opens up, I have a feeling it’s going to be a madhouse like how it was in January when it opened to 65 and up,” Figueroa said.