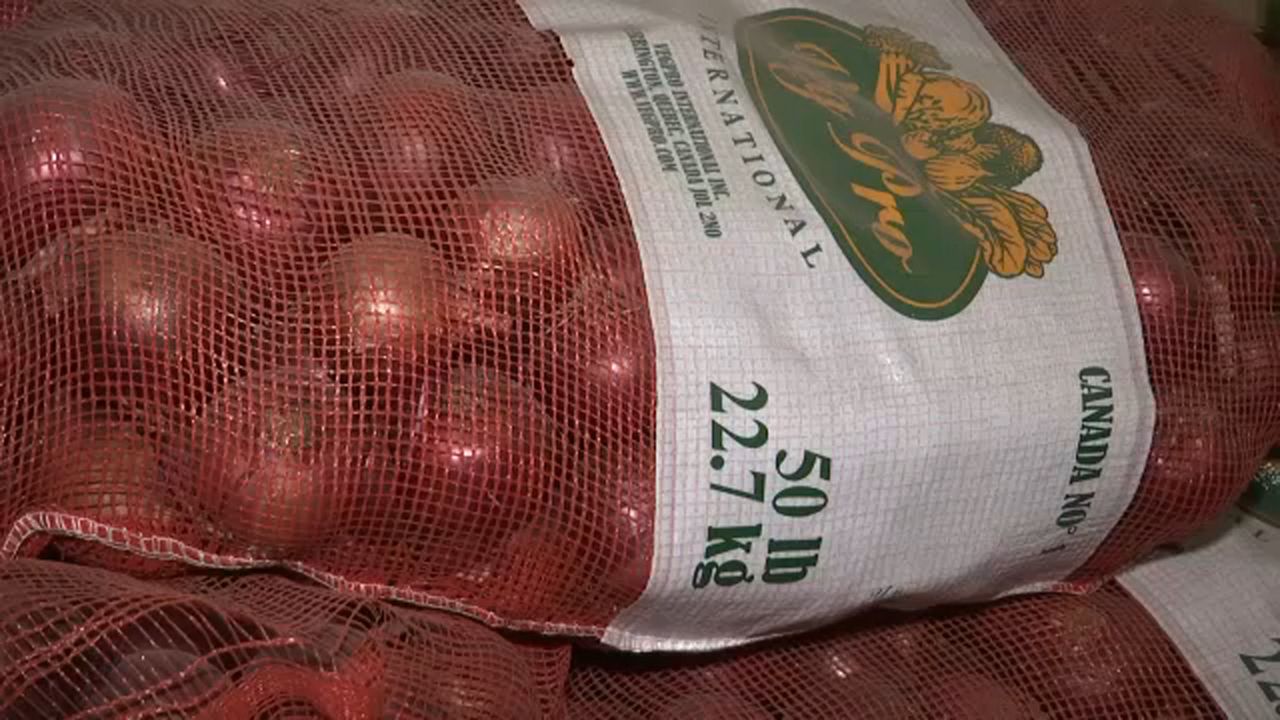 Chris Pawelski of Pawelski Farm is a fourth-generation onion farmer in Goshen.

With a recent influx of Canadian onion imports, business has taken a turn for the worst.

"A high point of selling is typically September, October, November, and this season, myself and most of my neighbors couldn't sell an onion," said Chris Pawelski, owner of Pawelski Farm. "I can't sleep at night. I can't tell you how stressful it is and this is not my fault. I grew a crop. It was a good crop."

"What they're doing is they're selling cheap, under our prices in our markets in order to put us out of business,” said Pawelski.

Here’s where they process the onions before they’re shipped out to distributors and supermarkets nationwide. pic.twitter.com/yz3slWFuwu

With Canada flooding the U.S. market with cheaper onions, onion farmers are being forced to sell their crop for lower prices.

Even at lower prices, Pawelski is having a hard time selling his harvest, so tons of pounds of onions are left sitting in his warehouse unsold, and bills are piling up.

"Just about 15 minutes before you arrived, I got a phone call from John Deere Financial,” Pawelski said, "because I owe them about $48,000 and I can't pay them."

Pawelski is now working with U.S. Senators Chuck Schumer and Kirsten Gillibrand to push for an investigation into Canada's trade practices.

"Look into it and see what is actually happening, because if they are doing those things, they're doing what's called 'dumping,' which it appears to be, and that’s a violation of trade agreements," Pawelski said.

He hopes the senators will be able to lobby on behalf of all farmers who are feeling the pressure from cheaper Canadian crops.

"What do we want? Do we want American farmers to continue or not?" he asked. "If we do, then we have to do something to protect us, and right now, I'm naked here."

The U.S. Department of Agriculture, when asked about these practices, said the New York State Grown And Certified Program promotes New York state farmers and "highlights the environmental stewardship and food safety practices of our farmers, increasing their competitiveness in the marketplace and gaining them widespread recognition at a time when consumers care more and more about where and how their food is grown."